By the end of this decade, nearly $100 billion of biologics will be exposed to competition due to patent expiration. This tantalizing prospect has led to the formation of an entirely new market – biosimilars, says Mari Serebrov, analyst with Thomson Reuters Bio World. 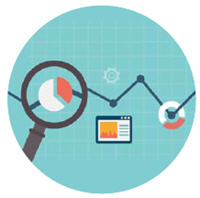 She is the author of “Biosimilars: A Global Perspective of a New Market, Opportunities, Threats and Critical Strategies 2014.” Released by Thomson Reuters, it is a comprehensive, 268-page analysis of global biosimilar markets.

The report profiles 245 companies, 25 markets, and 18 biosimilar pathways to commercialization. It charts the opportunities of biologics coming off patent and provides strategies and marketing insights. Serebrov points out that with the opportunities, there is also the sobering 50 percent failure rate for biosimilars. Obstacles such as uncertain regulations, substitution, pricing, naming, funding, and brand loyalty demand a clear and thoughtful business plan for a biosimilar company to succeed.

CONSULT CLOSELY WITH REGULATORY
Serebrov says, “The most important thing to understand is that this is a new market. It’s still in formation.” She adds there are fewer than 20 countries that have a regulatory pathway to market for biosimilars. A biosimilar path was authorized in the U.S. in 2009 with passage of the Biologics Price Competition and Innovation Act of 2009 (BPCIA). The FDA issued the first draft guidances on biosimilars in February 2012. It has since released a few more, with the most recent draft guidance released in 2014. None of the guidances has been finalized. Many emerging markets may never have a biosimilar path and will likely rely on approved biosimilars coming from other markets.

Manufacturers of biosimilars are finding a very uneven regulatory landscape. “It’s an iffy proposition. A company doesn’t know going in how many steps they are going to have to go through,” says Serebrov. Even where regulations and laws exist, she says, it’s something of a learn-as-you-go process, and regulations are being changed as governments gain new knowledge and experience.

“Regulators are taking a stepwise approach to the approval of biosimilars. They are designing methods to squeeze out as much data from clinical trial analytics as possible,” says Serebrov. The goal for the developer of a biosimilar is to prove its compound is highly similar to the reference molecule. If that can be proven, regulators will accept that the compound is as safe and effective as the reference drug. The foci for regulators then become immunogenicity, pharmacokinetics, and pharmacodynamics. Yet without a well-established framework, biosimilar developers may find it hard to know exactly how to design clinical trials to demonstrate similarity. It will be critical for them to work with regulators to determine what data the government will require and which patients to test.

As the name denotes, these products are similar to, but not exact copies of, the innovator products. Biologics are large complex molecules. Similar proteins share a primary structure but possess intrinsic characteristics that open them up to potential biological or chemical actions such as glycosylation or sulfation, which can differentiate them from one another. Variations can also arise from using different cell lines, manufacturing processes, or something as simple as a different vial stopper. These variations could affect activity in humans.

WHAT’S IN A NAME?
Recognition of these differences has caused a dispute about nomenclature. “Perhaps the most divisive regulatory challenge facing industry and regulators today is the naming of biosimilars,” says Serebrov. Innovators say the products should have distinctly different international nonproprietary names (INNs). That would facilitate identifying a product if adverse events arose. Manufacturers of biosimilars, some governments, and advocacy groups contend that naming these products differently will only add confusion to the marketplace and inhibit the adoption of the biosimilars. They argue this would deprive patients and countries of the benefits of the biologics.

While there’s no universal solution to this issue, the WHO and some governments have suggested protocols that may resolve both sides of this argument.

SIMILAR, BUT NOT GENERIC, PRICING
When generics were introduced, the distrust of them was quickly overcome by education and deep discounts of as much as 70 to 80 percent. Innovators could not compete on price with the cheaper products, so these markets were left to generic manufacturers. Biologics, on the other hand, are very expensive to develop. Biosimilars have to conduct clinical trials, an expense not required of generics. The manufacturing equipment, processes, and quality control are more complex than that of small molecule drugs. So discounts with biosimilars average 20 to 30 percent compared to the reference products.

This price differential was not significant enough to lead to rapid adoption. In the EU, adoption of biosimilars had a much slower uptake than predicted. Serebrov says 14 biosimilars were approved and on market in the EU in 2011; yet, they only had 11 percent of the market versus the products they referenced. Innovators found it financially feasible to lower prices to match that of the biosimilar companies. Practitioners and patients were reluctant to switch brands, and there was very little incentive for payers to recommend the biosimilars.

MARKET TO PRACTITIONERS, PATIENTS, AND PAYERS
In part, the slow adoption of biosimilars in Europe was due to a reliance on marketing using the generic model based on price. “The question is, ‘How do you compete when price isn’t a differential?’ That’s something biosimilar makers have to figure out,” says Serebrov.

Yet, she points out, companies like Sandoz, Hospira, and Teva are making a go of it. These companies realized they needed to differentiate their products to compete successfully, and price alone was not a sufficient differentiator. Hospira, for instance, developed a marketing plan focused on education of physicians and payers to build confidence in their products. They now market three biosimilars in the EU.

WAITING FOR THE U.S.
The U.S. market may be the most anticipated entry point for biosimilars. It is the most lucrative market; although patent laws are complex and pricing opaque, there are no price controls, law provides for interchangeability, and the population can afford the medications. Innovators are taking steps to protect and extend patents while other companies develop biosimilars to challenge them. In some cases, the innovators may be doing both. Uncertainty will yield to formation as the FDA creates a path to approval and ensuing patent infringement cases are resolved.

INDIVIDUALIZE STRATEGY — A START-UP’S PERSPECTIVE
“The most important question is, ‘How do you make money with biosimilars?’“ says Amit Munshi, CEO of Epirus Biopharmaceuticals. Many companies can make biosimilars. “You have to figure out how to do that profitably without putting thousands of reps on the ground in the U.S.,” he says.

The feasibility of building a biosimilar company comes down to three things, according to Munshi: Is there a regulatory landscape you can navigate, can you get clear legal sailing and avoid legal challenges, and can you find a tractable commercial model to build a business? He says it’s classic marketing. Where’s the money, and can one access it? Where’s the best patient opportunity? Segment the market, and develop a tactical game plan for each of those markets.

Epirus is a small start-up. Strategically, Munshi felt it would be difficult to compete in the U.S. successfully. The U.S. has no regulatory precedent, it has a complicated patent environment, and a small company would have to compete with pharmaceutical giants. Finally, he says, “Ninety-five percent of patients who are eligible for biologic drugs already have them in the U.S. That means your entire business in the U.S. is switching patients, and that has to be done doctor by doctor. That’s a very difficult and expensive challenge.”

Epirus chose to enter international markets. Half of the global opportunity for biologics is outside the U.S., and international markets have the cleanest regulatory framework, according to Munshi. The markets are fragmented with small dollars but large populations. “$100 million in Brazil or Russia would not move the needle for Amgen or Samsung, but does drive a revenue line that matters to us,” says Munshi. So Epirus creates partnerships and commercial agreements in China, India, Latin America, and elsewhere to produce biosimilars.

There are benefits for small companies entering into partnerships in these markets. They can be satisfied with the profits there and enjoy the benefits as those profits increase when the markets grow. In many cases, the products will be protected from competition by the government. It’s likely there will be little competition from the reference drug because the reference drug was too expensive to penetrate the market. Partnering with domestic manufacturers can lead to government tenders and improve the chances of getting on essential drug lists.

BUILDING FRANCHISE MANUFACTURING
Emerging markets may lack the manufacturing technology to produce biologics. To meet this challenge, Epirus has developed single-use manufacturing processes that can be transferred and constructed globally. The manufacturing process is developed, tested, and validated in the U.K., and recreated in the host country. “We take a franchise mentality. We do all the training and help in hiring. We make sure the media, filters, bioreactors, and columns are all identical to those developed in the U.K.,” says Munshi. The end result is a process capable of producing a more consistent product, in higher quantities, in a shorter period of time, and with less expense.