A Recipe For Life Sciences Commercialization

As the landscape of the biopharmaceutical industry expands into growing regions, an exciting transformation is beginning to transfer commercialization “recipes” to emerging markets. All eyes are on small, specialty, and midsize players emerging at the forefront of innovation in the mature regions of Europe and the United States.

At the global level, the BRICK countries of Brazil, Russia, India, China, and Korea are aggressively investing in R&D, facilities, and scientist training, and vying for bigger roles not only as markets for medicines, but also as rich breeding grounds for R&D and manufacturing.

INGREDIENTS OF A SUCCESSFUL TECHNOLOGY TRANSFER
Successfully transitioning from bench to marketplace requires the support of a complex web of ancillary businesses, particularly for those companies that are scaling up rapidly. Mature life sciences clusters like San Francisco’s Bay Area, for instance, offer vibrant financial, legal, marketing, and logistics infrastructures that further the industry’s success. Some emerging markets have recognized this dynamic and are developing their own clusters accordingly, purposefully recruiting supporting businesses to life sciences research and development parks, and creating initiatives to help businesses with the commercialization process, according to JLL’s 2014 Global Life Sciences Cluster Report. 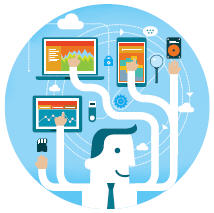 Japan is one of the markets hungry to become a leader. The Japanese government is aiming to make Tsukuba Science City its flagship science and technology hub and a global center for public-private basic research partnerships in such areas as microbiology, next-generation cancer therapy, and plant genetics. Japan’s Revitalization Strategy and the Healthcare and Medical Strategy, released in June 2013, will further support companies’ efforts to strengthen R&D capacity, streamline approval processes, and commercialize innovations in regenerative medicine.

The United Kingdom, already a leading cluster, recently funded an initiative to attract more companies to the “golden triangle” encompassing London, Cambridge, and Oxford. The goal is to facilitate collaboration between the cities and the U.K. academic research base and to reinforce specialist infrastructure.

Ontario Canada’s Centre for Commercialization of Regenerative Medicine (CCRM) is a network of academics, industry leaders, and entrepreneurs working together to accelerate the commercialization of stem-cell and biomaterials technologies. CCRM was part of the March 2014 renewal of an agreement with China to strengthen collaborations and fund new ideas and technologies.

PUBLIC SECTOR INVESTMENT
Low corporate tax structures, clear and developed regulatory frameworks, and minimal administrative obstacles are all critical to small and midsize enterprises, where so much of the growth in life sciences is occurring. Competitive tax rates lure life sciences companies of all sizes to certain regions, giving them the flexibility to put those extra resources toward other purposes. Many large pharmaceutical companies have moved manufacturing sites to Ireland, for instance, where the corporate tax rate is among the lowest in the world. Switzerland, the United Kingdom, Korea, the Netherlands, and Israel also offer attractive tax rates.

Depending on what a company needs, however, other advantages may outweigh the tax burden. Despite having relatively high corporate tax rates, countries such as the United States, Germany, and Japan continue to be very attractive to many life sciences innovators because they provide excellent regulatory systems, world-renowned research institutions, and highly transparent political and financial systems that allow for businesses to be conducted efficiently.

In Korea, the government developed its “Pharma Korea 2020” strategic plan in 2012 to help the country become a top-seven global drug powerhouse by 2020. To establish Osong Bio Valley as a life sciences hub, the Korean government is relocating six government institutions to the region, including the Ministry of Food and Drug Safety and Korea National Institute of Health.

Biotechnology is one of seven strategic emerging industries identified in China’s 12th Five-Year Plan, which calls for government spending of more than $1.9 billion on new drugs through 2015. While Big Pharma historically was interested in China as a low-cost manufacturing location, China now is focusing on expanding its capabilities into high-tech R&D functions.

REGIONAL COMPETITION FOR COMMERCIALIZATION HUBS HEATS UP
More life sciences companies are looking internationally at emerging clusters not only for market opportunities, but also as cost-effective locations in which significant investments are being made to design supportive environments that cultivate growing companies. More than one-third of life sciences companies anticipate reducing or consolidating their corporate real estate portfolios in European markets, while 63 percent and 48 percent plan to increase their portfolios in China and Brazil, respectively, according to JLL’s Global Corporate Real Estate Trends for the Life Sciences Sector.

As regional competition intensifies to gain the coveted life sciences cluster status, businesses must carefully prioritize the most influential external factors that will help make their product or treatment the next billion-dollar idea.