Alzheimer's Drug Development: Not An Easy Path To Pursue

In the past decade, Alzheimer’s research has failed to produce a new drug addressing the progression of the disease, despite the resources invested in high-profile clinical trials. A July 2014 UBS study outlines today’s marketplace:

The amyloid-beta (AB) hypothesis remains the key target for pharmalogical intervention seeking to slow down [Alzheimer’s] disease progression. Billions have already been spent on failed trials, and thus, little is reflected in share prices for compounds in clinical development across the industry.

The pursuit of the AB hypothesis as a target for pharmaceutical intervention has been a costly and so far unsuccessful endeavor for the pharma industry, with at least six failed Phase 3 studies involving over 12,000 patients at costs likely exceeding $2.5 billion. 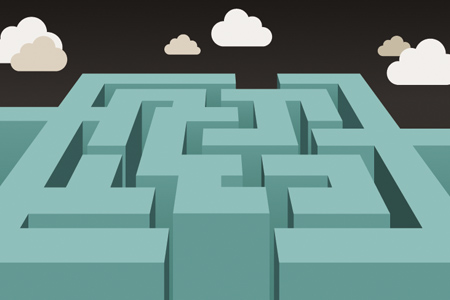 Meanwhile, the four FDA-approved drugs prescribed and sold on the market treat the symptoms, not the cause, thus only slowing the progression of the cognitive decline. Given the financial community’s all-too-clear memories of the Alzheimer’s clinical failures of the past, companies seeking to raise capital to develop new drugs for this condition must overcome increased investor skepticism.

But some biopharmas in the Alzheimer’s space are proving to be outliers of current market woes, taking other pathways to successfully move their drug candidates further along into clinical trials, while at the same time, securing financing to reach their next milestones. Anavex Life Sciences Corp. is one such company.

THE CHALLENGES OF ATTRACTING INVESTORS
Before arriving as Anavex’s president and CEO in 2013, Christopher Missling, Ph.D., MBA, spent two decades in managerial roles at Big Pharma companies, including director of financial planning at Aventis as well as the CFO and officer of two other biotech firms (Curis and ImmunoGen).

Missling was excited about the opportunities and change he could potentially affect by taking on the top executive role with Anavex. At the time, the company was in a period of managerial transition (Missling was offered the reins by a company founder seeking fresh leadership for Anavex), and there were financial constraints facing the small biopharmaceutical firm (a priority need for additional capital injections at that time). Intrigued by the company’s promising, early-stage Alzheimer’s drug candidate, which had shown potential to prevent, halt, and/or reverse Alzheimer’s, Missling also felt a personal connection to the company, having witnessed the impact of the disease on his own family.

“It was a unique opportunity. I had the choice to join several companies, but I was impressed by Anavex’s work in the area and joined because of its strong potential to make a difference in the lives of Alzheimer’s patients and their loved ones,” Missling says. “My grandmother and grandfather were affected by Alzheimer’s. It is incredibly disheartening and sad to see the people you love slowly fade away, losing their personality and dignity as they are reduced to childlike behavior.”

Under Missling’s leadership, the company’s frontrunner Alzheimer’s drug candidates — ANAVEX 2-73 and ANAVEX PLUS are currently being evaluated in a Phase 2a clinical trial. Before his arrival, the advancement of ANAVEX 2-73 had stalled due to a lack of funding, and the synergies between the drugs combined to make ANAVEX PLUS had not yet been confirmed in a second model. With funding in place, enrollment for the Phase 2a trial of ANAVEX 2-73 and ANAVEX PLUS began in January 2015. Dosing of the first patient was reported later that month. Preliminary data results for Phase 2a are expected around Q3 2015.

While progress in advancing Anavex’s drug candidates has been apparent during Missling’s short time with the company, there have been challenges along the way.

“All Alzheimer’s drug trials have failed in the last 10 years,” Missling says. “That makes it challenging for us to attract investors, especially as a small company. The recent clinical disappointments for Alzheimer’s have focused on removing abeta plaques in the brain, which may be too simplistic and too far downstream an approach to be effective. Instead, we took a different approach: Target the potential cause of the disease, further upstream. Our view is that Alzheimer’s could be caused by chronic cell stress, which, in turn, could trigger protein misfolding in the brain. Anavex’s drug candidates are not targeting the downstream protein aggregations itself. Rather, the drug candidates take a further upstream neuroprotective strategy that may help the brain to either prevent or remove the protein misfolding in the distressed cells.”

Anavex now boasts a team of four, supported by three directors and a 10-member scientific advisory board.

“Before I came to the company, Anavex had completed a Phase 1 clinical study for ANAVEX 2-73, but not much progress was made in the following two years, and funding remained scarce in the marketplace,” he says. “When I arrived, I knew I had to raise a significant amount of money for the company to survive for at least a year. I had the top goals of raising funds and the implementation of a clinical trial, while demonstrating accountability to shareholders regarding the direction of the company.”

Since he has been CEO, Anavex has obtained key funding commitments, notably $10 million in March 2014 from several institutional and accredited investors. With approximately $6.3 million remaining in its treasury, Anavex is funded through the current Phase 2a clinical trial.

“During my early days at the company, I spent a great deal of time building a target list of investors and institutional funds. I used my prior relationships in the investment community, and I reached out to new investors, targeting those that may be more inclined to invest at the Phase 2 stage in the clinical process. When making investor presentations, I focused more on the science as the driving force to present the merits of the drug, and I enlisted data from a study evaluating ANAVEX 2-73 in a computer simulation model of Alzheimer’s disease. The simulation of the drug candidate’s effect brought gravitas to the science for the investors.”

When trying to raise funds from the life science investor community, Missling says he had to educate prospective investors about Alzheimer’s market size and implications, as very few financiers had prior experience in investing in trial drugs for this indication.

“In presentations, it was important to communicate that the Alzheimer’s indication is the biggest and fastest-growing market (now affecting approximately 5.3 million Americans), and the baby boomer generation is coming to an age that will increase this market growth. At the same time, the healthcare system today is very effective in extending people’s lives, thus increasing the chances of getting Alzheimer’s since it is so highly correlated with aging. Once I showed these co-relations, it was easier to demonstrate an increasing need for a new generation of Alzheimer’s drugs that address the cause and not just the symptoms.”

Today, Anavex has no debt, and the company’s burn rate is relatively moderate. “We are focused entirely on the trial,” Missling told attendees of a recent investment conference, “With our current cash position, we can move forward for almost two years without any additional funding.”

With sufficient funding to advance Anavex’s lead Alzheimer’s drug candidates to a Phase 2a trial, Missling has also been able to attract top talent to the company. “We were able to bring Dr. Tasos Zografidis to the Anavex team as VP of clinical operations. He has more than 25 years of experience in the pharmaceutical and healthcare industry. Dr. Zografidis manages Anavex’s clinical programs and has extensive expertise in applying population pharmacokinetics, which analyzes variability in drug concentrations between patients and provides additional safety details often requested by regulatory authorities. His expertise has been invaluable to us during our current Phase 2a trial, as well as for the intended next phase.”

Anavex’s promising science also has helped attract top industry talent to its scientific advisory board, such as key Alzheimer’s opinion leaders Dr. Jeffrey Cummings of the Cleveland Clinic and Dr. Paul Aisen of the University of California, San Diego School of Medicine’s Department of Neurosciences. The scientific advisory board also includes doctors from the industry, like Michael Gold, who codeveloped one of the four approved drugs in Alzheimer’s during his tenure with J&J; John Harrison, an expert in cognitive trials; and Ottavio Arancio, a specialist in amyloid-beta from Columbia University. “We have brought together an array of Alzheimer’s experts with specialization in different parts of the indication. Each person brings a unique area of knowledge and research, yet there is a common ground to collaborate. I will continue to add to the board to further build Anavex’s expertise, reputation, and focus on finding a potential cure for Alzheimer’s.”

TRANSLATING COMPLEX BIOLOGY
Discussing the scientific-business model, Missling says that ANAVEX 2-73 and ANAVEX PLUS might possibly address both the root cause of Alzheimer’s as well as its symptoms.

ANAVEX PLUS, in particular, represents a great opportunity for the company. It’s a combination of ANAVEX 2-73 and donepezil, the generic version of Aricept and currently the world’s best-selling Alzheimer’s drug. When combined, the two drugs have been shown to reverse memory loss and neuroprotection up to 80 percent more than when they are administered individually. Furthermore, a patent application filed for the combination drug would, if granted, provide protection until 2033.

“My biggest challenge as CEO is to inform the shareholders and the life sciences community that the data we have at hand is very promising, but needs to be further proven with human clinical trials. I need to explain the various hypotheses of the underlying disease mechanism, which then needs to be correlated with our technology and how it potentially addresses the disease origination.”

Missling notes that a complex biology underlies the challenges of advancing Alzheimer’s drugs to the clinical stage. “Other indications such as oncology and infectious diseases can use animal and biomarker predictive models to closely correlate the effect of the drug in humans. In contrast, Alzheimer’s is very complicated. The brain is one of the most complex areas of the body, and we have not learned enough about it to understand what to do in order to advance a drug in the right direction. We believe Anavex is on the right path, though, but we still have to improve our success rates.”

FUTURE TRENDS IN ALZHEIMER’S FINANCING
While Anavex is comfortably financed for Phase 2a, its CEO tracks funding trends within the Alzheimer’s indication. For example, the Dementia Discovery Fund is a newly created $100 million global fund to assist small biotechs and entrepreneurial ventures in their efforts to find a treatment or cure for Alzheimer’s. It is supported by the British government, the charity Alzheimer’s Research UK, Johnson and Johnson, Eli Lilly & Co, Pfizer, Biogen Idec, and GSK. “This fund is great news; however, funding for Alzheimer’s is still much lower compared to cancer funding,” Missling says.

He also notes the scarcity of Alzheimer’s research monies as compared to the growing costs of caring for patients with the disease. For example, for every $27,000 Medicare and Medicaid spends on caring for individuals with Alzheimer’s, the NIH spends only $100 on Alzheimer’s research. “Caretaking costs can put Medicare in a precarious place financially, even possibly bankrupting it,” Missling says. “Medicare’s expenditures will triple from currently $300 billion up to $1.5 trillion by 2050 if no cure is found.”

When the complete results for the Phase 2a trial are announced, potentially another chapter in Anavex’s story will be told. Meeting an unmet medical need with a new drug lends itself to profits for investors, cost savings to caregivers and the healthcare system, and relief for patients.