An Analysis Of The Gene Therapy Viral Vector Landscape 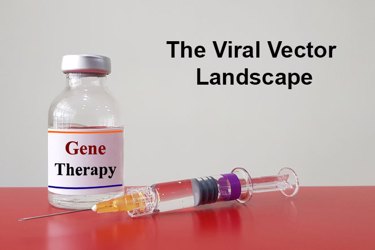 Over the last five years, multiple gene therapies have been approved by regulatory agencies and a bolus of late-stage pipeline assets are approaching the market. As the first few gene therapies realize their potential as transformative treatments for the genetic rare diseases, the space is seen as a crucial part of growth for the biopharmaceutical industry. However, as the first gene therapies began to post early wins, several challenges have emerged. With these challenges in mind, leading companies have begun to search for new delivery technologies. Only after addressing delivery will gene therapies be able to achieve their longstanding potential to transform patient outcomes, expand into larger diseases, and ultimately provide returns for investors.

Large consolidator interest in gene therapy soared after the FDA approval of Luxturna in December 2017 despite delivery challenges facing developers (Figure 1). With the growing evidence of delivery as the Achilles heel of gene therapy, research and funding into the development of improved gene delivery vehicles has skyrocketed. To date, most gene therapies utilize virus to deliver the gene of interest. Historically, companies have used adeno-associated viral (AAV) vectors and lentiviral vectors. However, each viral platform includes drawbacks such as lack of durable gene expression (AAVs), risk of genomic integration leading to oncogenesis (lentivirus), and limited tissue tropism (an issue with both viruses). We have evaluated the advantages and disadvantages of different viral (e.g., AAV, lentivirus) and non-viral vectors (e.g., lipid nanoparticles, exosomes), including recent innovations such as improved tissue targeting (e.g., novel AAV serotypes) and less oncogenic lentiviral vectors.

Gene therapy vectors, or delivery vehicles, fit within two broad categories: viral and non-viral, with viral vectors the most used due to their ability to naturally infect cells (Figure 2). Among these, lentiviruses and AAVs lead the pack but both have their own unique trade-offs (Figure 3).

Perhaps the most important difference between lentiviruses and AAVs is genome integration. While lentiviruses integrate their payload into the host chromosome, genes delivered by AAVs become an episome, or circular piece of DNA that resides inside the nucleus. Although genomic integration prevents the dilution of genetic material over time due to cell division, it poses a risk of oncogenesis. Therefore, the gene therapy field has identified optimal use cases for both lentiviruses and AAVs.

In contrast, AAVs are used for in vivo or systemic treatment, where the virus is directly administered to the patient via IV or injection to the tissue of interest. Since in vivo treatment is less complex than ex vivo cell manipulation and theoretically safer than autologous stem cell transplant, research, development, and investment in gene therapy has recently focused on AAVs (Figure 4). Both recently approved FDA gene therapies, Luxturna and Zolgensma, utilize AAV vectors. Similarly, Glybera, the first gene therapy approved by the EMA in 2012, utilized an AAV vector. 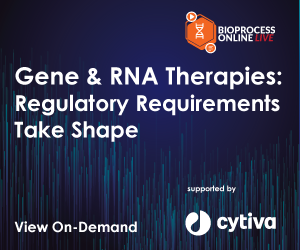 AAV immunogenicity, which can be triggered by either preexisting antibodies to AAVs or an immune reaction to the administration of initial AAV gene therapy doses, directly limits the addressable patient population for gene therapies and prevents re-dosing. As approximately 50 to 90% of the population (depending on the serotype) maintain levels of anti-AAV antibodies, a substantial portion of any patient population may not be ideal candidates for AAV-based gene therapies. Ultimately, AAV immunogenicity provides a hurdle with respect to optimal administration of a therapy in the context of a patient with preexisting immunity and the ability to re-dose a patient with an AAV vector to achieve durable expression of the therapeutic gene.

However, immunogenicity is perhaps less important than the issue of constructing an AAV-based gene therapy that will deliver the payload to the organ system of interest. Since specific AAV serotypes are only able to infect certain tissues, the ability to target specific organs and cells is limited. For example, there are few AAVs that can effectively infect muscle cells. AAV serotypes used in Zolgensma (AAV9) and Luxturna (AAV2) can target neurons and retinal cells following in vivo administration. These tissues are generally thought to be easily targeted due to limited immune surveillance and the ability for direct tissue (e.g., retinal or intrathecal) injections.

Ultimately, with only a few more than 10 human and non-human AAV serotypes well described to date and many more uncharacterized in nature, novel AAV capsid generation has become a key part of gene therapy preclinical development. Scientific proof of concept for modulating immunogenicity and tissue tropism has been described in academia and industry, with changes to both capsid amino acids and post-translational modifications demonstrated to impact AAV profiles.4, 5 For example, uniQure developed the vector AAV5, which is thought to be less sensitive to antibody neutralization than other AAV vectors.6 The process of generating new AAV capsids, called epitope mapping, scans and tests the diversity of peptides that may be incorporated into a capsid. In addition to addressing immunogenicity and tropism issues, epitope mapping helps generate novel IP, as AAVs designed via epitope mapping are not naturally occurring. With IP protection having expired or approaching expiration for early AAV vectors, novel AAV capsids provide strategically important IP protection and differentiation for early-stage gene therapy companies (Figure 5).

First- and second-generation AAV capsids developed by companies including uniQure, Freeline, Vivet Therapeutics, Spark Therapeutics, and REGENXBIO have already shown initial promise by moving toward commercialization. For example, AAV9 was developed by REGENXBIO’s NAV Technology and has been out-licensed more than five times since 2015 (including for Zolgensma), ultimately becoming the most widely used capsid across the gene therapy landscape due to its ability to transduce neurons.

Non-viral vector technologies are rapidly evolving and have attracted significant public and private investments over the last year, including for exosomes, vesicles, and polymer nanoparticles (Figure 7). Further, many non-viral platforms have been recently out-licensed, including large partnerships with Takeda, Sarepta, and Editas.11, 12, 13, 14

In contrast, the development of lentiviral vector technologies has largely consolidated into four major companies valued at more than $4 billion by the public markets, including platform-focused companies Oxford Biomedica and Bluebird bio and product-focused companies Orchard Therapeutics and Avrobio. While Oxford Biomedica has developed its platform largely in-house and out-licensed a variety of products, Bluebird bio has brought in enabling lentiviral technologies from institutions such as Généthon and executed multiple product-focused collaborations to grow. Unlike product-focused AAV collaborations, where most technologies are being licensed from companies, lentiviral products are often developed in academia before being out-licensed. A recent collaboration between Avrobio and the University of Manchester serves as an example of this approach, alongside early agreements between Orchard Therapeutics and the Universities of Manchester and SR-Tiget.15

Beyond delivery, there are several challenges and opportunities facing gene therapy innovators. In our next article, The Next Decade in Gene Therapy Innovation — 6 Critical Questions (And Answers), we will consider key areas for the gene therapy business model moving forward.

Kyle M. O’Neil is a consultant at Back Bay Life Science Advisors, where he supports biotech, pharmaceutical, and medical device companies across an array of therapeutic areas. He is passionate about entrepreneurship, science, and the application of technology to medicine and frequently supports clients developing novel therapeutics. Contact him at info@bblsa.com or on LinkedIn.

Brendan J. Wang is an engagement manager at Back Bay Life Science Advisors. He supports projects across a wide range of therapeutic areas, from rare and orphan disease indications to novel oncology and immuno-oncology therapies. He frequently supports clients on commercial opportunity assessments for novel therapeutics and prioritization of indications and assets for further development. Contact him at info@bblsa.com or on LinkedIn.