With what it believes is a breakthrough gene-therapy approach, this early-stage company hopes to shake up the huge heart-failure space.

BEAT BioTherapeutics, aka BEATBio, believes it has a gene-therapy candidate, BB-R12, that could greatly improve the quality of life for heart-failure (HF) patients. The therapy uses a “humanized construct” or antibody as a vector to induce cardiomyocytes (heart muscle) cells to express an “optimized” form of ribonucleotide reductase, producing dATP (deoxyadenosine triphosphate), a “superior” form of the cellular fuel ATP (adenosine 5’-triphosphate). dATP appears to give an extra boost to the cells and thus improve the heart’s performance. BB-R12 is still in preclinical studies, planned for a Phase 1 trial in early 2016. Most of its seed money will fund that trial as well as development of the construct and manufacturing scale-up. 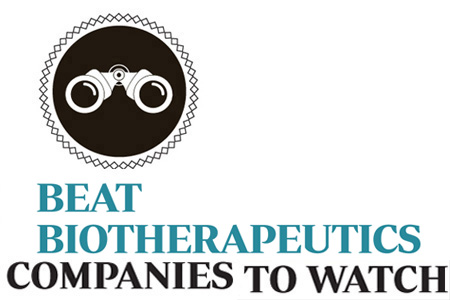 When a tiny gene-therapy company wants to conquer the heart-failure market, with its patient population of almost 6 million in the U.S. alone, it is only logical to ask some questions. BEATBio is worth watching because it could be an early sign that this long-moribund space, littered with recent failures, is heating up. But the company faces a long haul ahead in proving its treatment can simultaneously deliver strong benefits to millions of patients and meet the challenges of a cost-driven healthcare environment.

At this early stage, the company leaves most of the hard questions unanswered. How practical is gene therapy in such a large population, or will the company target a smaller segment, say, advanced or acute cases only? What will be the likely procedure for the gene therapy — how cumbersome or complicated will it be to treat the cardiac cells?

What clinical efficacy endpoints must the therapy meet for regulatory approval, simply quality of life or survival? Are there practical concerns in the medical care of heart-failure patients, especially older ones, that would limit or affect use of the therapy? The last concern has plagued older HF therapies. For example, infirmity can limit a patient’s ability to answer the call of diuretics in the middle of the night. Any medical procedure can challenge such patients.

When I attended BEATBio’s presentation at the BIO Investor Forum in October, I asked whether pushing heart cells might exhaust already damaged heart muscles. CEO Michael Kranda’s answer was that BB-R12 is “not driving a damaged heart,” but using a self-regulating mechanism that boosts healthy-cell performance as needed. Only healthy cardiomyocytes produce dATP as a result.

Of course, in such a large potential space, potential competition is strong. Big Pharma companies have a number of candidates in line for HF. Other small companies, such as Juventas with its stem-cell therapy for advanced HF in Phase 2, are also vying for a place in the space.

May the best MOA (mechanism of action) win, but other factors also count. To its credit, BEATBio has a seasoned team in place. Kranda has both VC and company experience going all the way back to Immunex. The newly hired CMO has been tested by fire; Sam Teichman, M.D., was formerly at Cothera, developer of blood-vessel relaxer serelaxin, which had an application for treating acute heart failure rejected by the FDA last May.

BEATBio’s founders, from the University of Washington, are recognized experts in cardiovascular biology, muscle physiology, and bioengineering and have received nearly $50M of NIH funding.