From the limited view in his cramped cubicle at a Big Pharma company a few years back, Joseph Payne envisioned launching a startup to develop innovative ribonucleic acid (RNA) pharmaceuticals and technologies. Payne was confident he and a coworker had promising ideas, the necessary entrepreneurial mindset, and solid science to lead their own successful biotech company. Yet it was the need for money, resources, and infrastructure to fund and provide ongoing support for such a venture that posed the most daunting barriers.

The partners were deep in the process of trying to secure funding in early 2013 when they heard about Johnson & Johnson Innovation’s JLABS in San Diego. Then in the pilot stage, JLABS offered a think-tank style lab environment aimed at attracting startups that typically gravitate toward an incubator funded by an academic or public institution, or strike out on their own to get funding, space, and equipment.

“At first I was concerned that getting involved with a Big Pharma company might not be the right idea,” Payne said. “Yet JLABS made it clear from the start there were no strings attached. We ended up with multiple other companies in one space, and found a lot of synergies, free learnings, and consultation. It was a collaborative and innovative culture.”

Indeed, the opportunity proved tailor-made for Arcturus, which in the three years since has enjoyed mercurial success. In Payne’s view, the game-changing factor of JLABS was the credibility that came with the state-of-the-art building and equipment, which he believes significantly boosted the comfort level and interest of would-be investors. Despite starting with no assets or pipeline, Arcturus raised $1.3 million in seed funding from high-net-worth investors shortly after joining JLABS. Four months later, the company tapped most of those investors again and added interests from Canada, Japan, and the United States in a $5 million series A round.

“The reality is if potential investors are coming to your living room or your garage, it’s just not going to give them that warm, fuzzy feeling,” Payne said. “Once they saw JLABS, which is a class-A external R&D engine at a class-A company, they just went, ‘Wow!’ It immediately sent a message that we were serious.”

BIG PHARMA RETHINKS THE OLD R&D MODEL
JLABS is one of several examples of Big Pharma’s move into smaller, incubator-type arrangements and partnerships as a more cost-effective complement to traditional R&D. The incubator path provides a Big Pharma the opportunity to connect with startups it might otherwise not be exposed to, as well as the potential to get on the inside track of the most innovative and promising pharmaceuticals and technologies.

The trend comes at a time when traditional R&D spending is on the decline, amid increasing consolidations within Big Pharma and ongoing shakeups within existing R&D departments. The reordering is driven in large part by simple economics: R&D, particularly in biotech, is risky and speculative with a high percentage of failures at many stages. Even promising biopharma drugs cost approximately $2.6 billion to bring to market, and 92 percent of those drugs will fail, according to the Tufts Center for the Study of Drug Development.

Meanwhile, incubators are where successful innovation is increasingly occurring. The majority of drugs approved in the past several years originated at smaller startups and labs. In fact, last year 64 percent of the drugs approved were initially hatched in startups, according to HBM Partners, a healthcare investing firm. Meanwhile, small biotech companies received $5.6 billion in up-front licensing payments in 2014 — that’s double the prior year, according to BIO.

Such trends have driven many of the biggest players in Big Pharma to assess their internal R&D strategies while seeking pathways into the incubator and startup space. Bayer, for instance, opened CoLaborator, “a unique incubator space” for startup companies next door to its U.S. Innovation Center in the Mission Bay neighborhood of San Francisco. 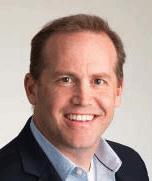 "The reality is if potential investors are coming to your living room or your garage, it’s just not going to give them that warm, fuzzy feeling."

THE OPPORTUNITY TO DO THE RIGHT EXPERIMENTS
Meanwhile, Bristol-Myers Squibb (BMS) engages with the startup community through a couple of different initiatives. “Incubators fit into our broader strategy of R&D and extend our model beyond traditional business development,” said Paul Biondi, head of business development at BMS. “We are looking at ways we can interact directly with people developing interesting intellectual properties and ideas coming out of academia and smaller incubators.”

Called Allied-Bristol Life Sciences, the partnership aims to seek out university partners with deep biology expertise who are interested in applying their scientific knowledge to the development of therapeutic candidates. Allied-Bristol provides access to a fully integrated drug discovery center, expertise in drug development, and the necessary financial backing and experienced management to drive early-stage therapeutic projects to success. Promising ideas are then transferred to a BMS facility in Bangalore, India, which has the resources, talent, and equipment necessary to fast-track further research and drug development, Biondi said.

In addition, BMS recently became a sponsor of LabCentral, a 28,000-square-foot facility in the heart of the Kendall Square, Cambridge, MA, biotech innovation hub. LabCentral promotes itself as a “first-of-itskind shared laboratory space designed as a launchpad for high-potential life sciences and biotech startups.”

BMS’s platinum sponsorship at LabCentral provides the company the opportunity to sponsor two lab benches for promising entrepreneurs focused on research that aligns with BMS’s interests. In addition, BMS announced plans to open a research facility in Cambridge in 2018, and the LabCentral sponsorship “is part of our entrance into the Cambridge community,” said Biondi.

“The primary value is the space itself,” Biondi said. “LabCentral offers premium lab space and state-of-the-art instrumentation. Providing this high-quality lab space allows more time to focus on the science and research. These small companies face a lot of pressures, and we hope this gives them the opportunity to do the right experiments and do them in a way in which they are not wasting time and money on overhead.”

JLABS: J&J AIMS TO REMOVE THE HURDLES
Arguably, the most ambitious player in the Big Pharma-goes-small movement has been J&J, which has aggressively created a network of JLABS sites throughout North America in life sciences clusters. JLABS flagship is in San Diego, and there are also sites in San Francisco, South San Francisco, Boston, and Houston. Most recently, in May J&J opened JLABS @ Toronto.

All told, the facilities are home to more than 140 early-stage companies advancing bio/pharmaceutical, medical device, consumer, and digital health programs. The six JLABS facilities have a total capacity for 225 resident companies.

JLABS head Melinda Richter said JLABS was launched as a way to tap into and support science and technology innovation occurring outside of J&J’s traditional R&D. The JLABS model was designed to address the biggest challenges facing entrepreneurs and would-be startups: gaining access to infrastructure and necessary resources and technology.

The startups pay rent and “there are no strings beyond that” Richter said.

“It’s a straightforward transaction which allows the company the freedom, flexibility, and power to grow their own equity,” Richter said. “Yet along the way, as we provide support, if they wish to engage in discussions around something in particular, we have our early-stage deal team, Johnson & Johnson Innovation Centers, and our venture arm, Johnson & Johnson Innovation, that entrepreneurs can tap into.”

The result can be a wide range of arrangements from a traditional license agreement to a collaboration or equity investment arrangement. “We can do creative, smaller deals that are about helping scientists take the next step, and then onto the next step,” she said. “The approach we have for innovation is meant to be comprehensive, flexible, and end-to-end.”

Beyond space, equipment, and resources, JLABS provides education and encourages collaboration among participants. Meanwhile, it aims to avoid the creep of bureaucracy or corporate policies that might slow the innovation process.

“It can be tough to move quickly when you have a big organization; all these processes and procedures are in place to keep everything running as consistently and predictably as possible,” Richter said. “That being said, it is amazing how fast J&J has changed and how fast they can make decisions now because of this new structure. All types of deals can be done very, very quickly.”

“It was great and critical for us at the time, but from the J&J perspective, they also got a barnburner of a deal on the technology,” said Payne. “It’s a win-win. We got our first deal and validation, and J&J wins by having the opportunity to get in on the ground floor at a good price.”

Indeed, the deal paved the way for more opportunity. A few months after the Janssen deal, Arcturus and Ultragenyx Pharmaceutical Inc. agreed to a rare disease research collaboration and license deal to discover and develop mRNA therapeutics using its unlocked UNA oligomer chemistry and lipid-enabled and LUNAR nanoparticle delivery platform.

The deal provided Arcturus with $10 million up front. During the initial phase, Arcturus will design and optimize mRNA therapeutics for two undisclosed rare disease targets, and Ultragenyx has the option to add up to eight additional rare disease targets during the collaborative research period. Ultragenyx will oversee development and commercialization of any products emerging from the collaboration in return for preclinical, clinical, regulatory, and sales milestone payments of up to $156 million for each target, plus reimbursement of research expenses as well as royalties on product sales. All told, Arcturus stands to collect up to $1.56 billion from the deal.

No doubt, the blockbuster deal provides Payne with a much better view than he had just a few years back in that Big Pharma cubicle.

“I think a lot of incubators are modifying their whole process to match more closely what J&J has done,” Payne said. “I think many of them will be trying to duplicate the J&J model, which should create some good competition. Ultimately, that is good for entrepreneurs and startups, and good for the entire industry.”