For 55 years, comedian Jerry Lewis hosted Labor Day Muscular Dystrophy Telethons featuring “Jerry’s Kids,” the poster children who made muscular dystrophy real for millions of Americans. By creating an emotional connection with the audience, those telethons raised more than $2 billion. 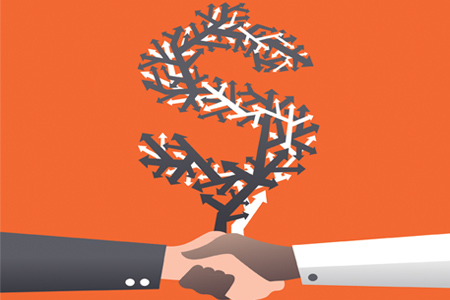 Companies seeking to raise funds need to create an emotional connection with their audiences, too. Without it, they may not get the monies they need.

A common problem, according to Zayna Khayat, lead, MaRs Health at Toronto’s MaRs Discovery District, is that “Scientists take a very rational approach and let the data speak for itself. They think their value proposition is so obvious that investors hearing it would naturally write a check.”

In reality, when pitching investors, “You have only about 30 seconds to hook an audience,” Khayat says. Setting that hook requires an emotional strategy that focuses first on why an innovation matters. “That glues them to you and your company,” she says.

Khayat recommends telling the story from the perspective of a patient. MaRs start-up Profound Medical, which announced a $30 million reverse takeover last spring, begins its pitch by discussing the standard of care (radiation or surgery) for localized prostate cancer. “The men in the audience cringe,” says Steven Plymale, CEO. “Then, when we describe our alternative, transurethral ultrasound ablation technology, there’s an aha moment.”

At that point, the audience is hooked. Plymale can then discuss why he believes this approach is better than the standard of care. Afterward, he addresses elements such as how the technology works, the Profound Medical team, and how the company plans to use the funding.

Discussing prostate cancer can make a visceral connection with potential investors, but many other conditions lack such impact. Nonetheless, an emotional link can be made.

HIV is a good example. Scientific advances have transformed HIV from a deadly disease to a chronic disease that allows patients to live relatively normal lives. To make the necessary emotional connections with potential investors, companies working in this space must show that their work makes a notable improvement to the standard of care, such as addressing the cause of the disease rather than just its symptoms, dramatically lowering medication costs, or significantly improving quality of life.

LESSONS FROM SCHEHERAZADE
One of the common mistakes young companies make is presenting too much detail too early, Khayat says. “Show credibility, but not the Western blots (a powerful technique to analyze protein expression) in six-point font or every paper that team members have written. Overindexing comes at the cost of not doing other things,” she cautions.

To counter the urge to present all the details in the first meeting or two, Canale- Theakston advises her clients to tell their stories like novelists. As an analogy, consider the story “Arabian Nights” (also known as “One Thousand and One Nights”), in which the bride Scheherazade enthralls her husband, the king, with nightly stories. By hooking him with her compelling narratives and always reserving some details for their next meeting, her execution is delayed night after night. Eventually, the king becomes fully invested in his wife, and the tales are no longer needed. Scheherazade lives, and so will companies that learn the art of narrative pitches.

In adapting this model for business, “Think of it as a funnel approach,” Canale- Theakston says. “Start the narrative at a high level. Then go deeper based upon your audience’s responses. Let them guide you.”

PRESENT THE RIGHT DETAILS FOR YOUR AUDIENCE
Once the audience is hooked, presenters can begin to address the details of the science, the company, and its plans. Too often, they omit critical details in their desire to showcase their science. For example, they often neglect to explain how they will use the funds they are seeking. As Khayat asks, “Why do they want this particular amount? Where, when, why, and how will they spend it?” She recommends presenting a flexible fiveyear plan that answers those questions and outlines the company’s development strategy.

Companies also tend to overlook the total addressable market. “They present the total market potential, but not the percentage of that market they realistically can capture,” Khayat says. The addressable market share is based on the company’s distribution channels as well as upon its differentiation from competitors or the standard of care.

As Canale-Theakston points out, “Investors should have an appreciation of the company’s strategy to generate a return on investment. Showing how to create a return on investment doesn’t necessarily mean selling product, however, because most early-stage companies will never reach that point.” Therefore, talk about the potential to be acquired or to partner with others.

END STRONG, BE COMPELLING
“In addition to a compelling opening and engrossing content, your story needs a closing that will grab the attention of your audience,” Canale-Theakson says. What makes a good closing is being company-specific. It may be good data from a just-completed clinical trial, a patient, or physician discussing the value of the innovation, or even an efficient burn rate with the money raised to date. Whatever it is, it must give the audience a strong reason to open their checkbooks.

The purpose of the initial pitch is to get a second meeting. Presenting all the information at once thwarts the subsequent encounters that are necessary for the parties to get to know one another, learn the personalities and working styles, perform due diligence, and assess the value of a potential match.

IF YOU’RE GOING TO USE POWERPOINT, USE IT WISELY
“I’ve never heard investors say a presentation was too short or too simple,” Canale-Theakston says. “Entrepreneurs often use PowerPoint as a crutch. CEOs will work on PowerPoint presentations for hours, without thinking about how to speak to the slides,” she continues.

Many entrepreneurs also make the mistake of pulling graphs from their research. The result is small, difficult-to-read visuals. Instead, she says, “Pull out the one point that matters, and make it the title slide.”

Plymale took that a step further by including a 60-second animation. “It streamlined the explanation of the technology,” he says.

WHO PRESENTS?
“Investors don’t invest in PowerPoint, they invest in you!” Canale-Theakston stresses. So, although Joel Marcus, CEO and founder of Alexandria Venture Investments, says presentation style is irrelevant to him, others may not be so forgiving.

Khayat is adamant that an engaging style matters. “The founder or CEO shouldn’t necessarily make the pitch if they are perceived as boring or out of touch with the market. Companies can maximize their chances of getting a second meeting by choosing a vibrant, knowledgeable representative to make the presentation,” Khayat says.

YOU’RE SEEKING PARTNERS, NOT JUST CASH
Although raising money is the goal, Plymale advises entrepreneurs to understand they’re actually seeking partners and collaborators. “They’ll be married to you for a while, becoming very involved in the oversight of the company.”

His presentations, Plymale says, “were about making sure potential investors understood the long-term vision of the company. They were about creating a longterm partnership involving significant money and a fair amount of risk.” Therefore, Plymale advises companies to perform due diligence on potential investors.

As early as possible, determine their investment strategy, equity position in their investment, involvement in management, and how those positions affect the ability to attract funding from other companies in the future. This is particularly important as companies move from angel to venture capital funding.

The goal of venture capitalists is to translate innovation into the clinic in a way that garners a significant return on investment, Marcus emphasizes. “Very-early- stage innovators don’t always understand that. We’re not here to fund basic science.”

SEEK INVESTORS WHO FIT YOUR COMPANY
“Cold calling potential investors doesn’t work well,” Canale-Theakston says. “Spend time to understand their investment criteria and what and where they invest.” She advises studying potential investors’ websites and portfolios. “The portfolio is the best example of what they do.”

Studying investors entails knowing not only their areas of therapeutic interest, but also whether they prefer early- or later- stage investments and how they define those terms. “Understand that ‘early stage’ doesn’t always mean ‘early clinical stage.’ Many companies are advancing compounds that pharmaceutical companies have had on their shelves. They’re still considered early stage, but are very different from unproven compounds,” Canale-Theakston says.

Plymale says he pitched Profound Medical’s story 217 times. “Our message changed as we moved from private to public transactions,” Plymale says, and also as it approached nontypical investors. For example, he once pitched an oil and gas investment group that wanted to expand into healthcare.

Regardless of the potential investor, “Taking the narrative from good to compelling is about engaging the audience,” Canale-Theakston says. Go beyond empirical evidence to discuss what your innovation means to patients or physicians, why that matters, and why your company’s approach is best. By first capturing their hearts, you may also capture their minds.