Building An Entrepreneurial Health Sciences Ecosystem From The Ground Up

There is an opportunity loss in the research dollars funded by the NIH, says Atul Varadhachary, M.D., Ph.D., managing partner of Fannin Innovation Studio. He says about 16 percent of NIH research funding goes to San Francisco and Boston, yet those regions capture about 85 percent of venture-backed commercialization. 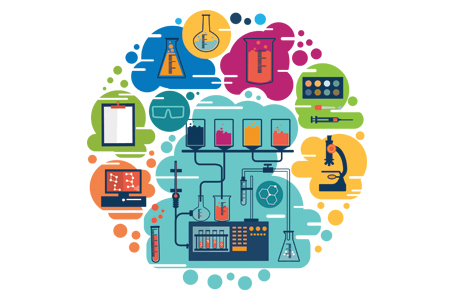 "Clearly the two VC-dominant regions import some technology from elsewhere in the U.S. Even if you adjust for that, the return on the 84 percent of NIH tax dollars funding research between the coasts is still extremely low,” says Varadhachary. “The research just dies without being translated into products that improve our lives and make money for investors.” He says what’s missing in the heartland is the experienced, integrated ecosystem with its capacity to form companies, finance development, and carry out value-creating translational research.

Fannin has developed a plan to capitalize on the opportunity. Fannin Innovation Studio is an early-stage life sciences company in Houston focused on commercializing innovations developed in the Texas Medical Center Institutions. With two medical schools, major universities and hospitals, and M.D. Anderson Cancer Center, finding and conducting innovative research in Houston is not an issue. The number one challenge is finding health science managers to guide translational research. “In a sense,” says Varadhachary, “in the classic VC model found in Boston and Southern California, VCs don’t fund research; they fund management teams. In places like Houston, those management teams don’t exist.” With so much opportunity and so few entrepreneurs, Fannin had to develop an alternative commercialization model which allowed them to manage more projects and cultivate a community of health science entrepreneurs in Houston.

THE CLASSIC VC MODEL
Venture capitalists found Boston and Southern California to be fecund regions of innovative science and experienced leadership. Those areas were the birthplaces of high-tech and possessed a strong entrepreneurial spirit. There was a concentration of universities and health sciences institutions conducting novel research, and nearby major pharma and biotech companies developed life science business leaders. VCs bought or licensed the science from innovators and hired leadership spun off from pharma, and fledgling companies were born. It is a time-proven and effective model.

The classic VC model establishes an R&D plan toward an exit. Optimistically the exit is a sale to pharma, but criteria are also established for an exit with project termination. It requires large amounts of money to staff and operate stand-alone brick-and-mortar startups. Repetitive funding is crucial, and ownership can become highly diluted through the sale of additional shares to support continuing research. “In a system that can burn $500,000 a year, even at the earliest stages, speed to exit is critical,” says Varadhachary. “So there is little room to explore secondary indications.”

BUILD A MORE EFFICIENT SYSTEM
The Fannin model is built on partnerships. The company partners with innovators and their institutions (usually universities) to co-found companies to manage and develop the researchers’ discoveries. There are four main components to the model: a single-pooled management team, innovative research, funding primarily through grants, and an entrepreneur development program.

Fannin uses a pooled team of experienced professionals to manage all of its portfolio companies simultaneously. This differs from the classic VC model which establishes startups in stand-alone offices for each company. “You need those early-stage life science entrepreneurs, but you don’t need a single dedicated team for each individual project early on,” says Varadhachary. “The analogy I like to use is nine women can’t make a baby in one month. The process takes as long as the process is going to take. More managers earlier won’t speed the process.”

There is no physical plant with a Fannin partnership. All parties work in their current locations, so there is no additional overhead. “In our model, the companies actually have zero-dollar burn rates in the first two years,” says Varadhachary.

Partnership roles are clearly defined between Fannin and researchers. Investigators focus primarily on their research, but stay actively engaged with the commercialization. Fannin management provides funding and administrative and legal support, but Fannin’s most critical role is providing direction to guide the research to commercialization. This is based on industry needs, market intelligence, and regulatory provisions.

IDENTIFYING INNOVATIVE RESEARCH
The company searches for innovative research that may be nine to 10 years from Phase 3 trials or commercialization. That far ahead, there is no way to predict the state of medicine, reimbursement, or competition, nor what the FDA will require. To deal with these vagaries, Fannin uses three criteria to select research: it must be paradigm-changing, it must offer optionality for more than one indication, and there must be a good fit between Fannin and the researcher.

Research meeting those criteria is reviewed to determine if it is based on good science and backed by grants and peer-reviewed publications. Then a vetting process assesses commercial potential, patentability, and whether a health sciences company would find it attractive.

Partnerships routinely monitor their company’s innovation to make go/no-go decisions. At every stage of development they ask, “What tests can we conduct to disprove the hypothesis?” If for any reason the project doesn’t appear headed toward commercialization success, it is shut down. It is an agnostic decision. No one loses a job. Very little investor capital is lost. The scientist finds out the research cannot be commercialized and focuses attention elsewhere. Fannin reassigns staff to other projects.

The decision isn’t always go/no-go. Varadhachary says, “If the science still needs time to develop, we just turn down the burn on that company and let the science develop before deciding whether to accelerate or terminate. Our pooled management team model makes it easy to go into holding, and retain optionality.”

USE CAPITAL EFFICIENTLY
A major departure from the classic VC model is that Fannin relies largely on grants from the NIH, Small Business Administration, and other sources. It does have some private investor capital, which it uses primarily as seed money or additional funding at critical stages of research. Grant funding increases efficiency because it reduces investor dilution, allows the partnership to investigate more than one indication, and reduces concerns about investor interference.

As an example, Pulmotect is a portfolio company that has received more than $19 million in funding. Its lead product is in Phase 1 human studies and has met important milestones. Just a little more than $1 million of that came from direct investor backing. The dilution to the original owners, including the inventors and their institutions, is much less than it would have been in a typical VC-backed enterprise.

Relying on grants, however, can lengthen the development process due to the application approval time line. So this model is not suitable when speed or large amounts of capital are required. Varadhachary says, “In our industry, speed to market is less important than capital efficiency. The cost, risk, and failure rates are so high that it’s important to try to get more shots on goal for every dollar invested.” He believes with the efficiencies of this model, Fannin can advance up to five times more compounds than the classic VC model with the same capital.

CREATE A SELF-SEEDING AND SUSTAINABLE ENTREPRENEURIAL ECOSYSTEM
One of Fannin’s major goals is to create a Houston-wide entrepreneurial ecosystem of research and commercialization. This is not an altruistic endeavor. Varadhachary welcomes competition. Competition means more translational research, more commercialization, and eventually a reputation that attracts more entrepreneurs and the interest of industry. That, says Varadhachary, is good for everyone.

The biggest challenge in this endeavor is attracting and developing managers with expertise in life sciences. There are 4,000 to 5,000 students at the medical schools and centers in Houston, but the concept of starting a business is usually foreign to them. Yet, says Varadhachary, there is a growing fraction that is attracted by the opportunity. 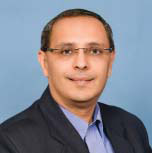 "In our model, the companies actually have zero-dollar burn rates in the first two years."

As a core part of its business model, Fannin offers an apprenticeship to select health science professionals. “These people are very bright. They all have an M.D. or Ph.D. degree or both,” says Varadhachary. The program allows them to work in a portfolio company one to two days a week for up to six months. During the program they are exposed to the entire Fannin portfolio, so they get a broad view of entrepreneurial operations.

The goal is to create a self-sustaining entrepreneurial community in Houston by seeding it with individuals who have gone through the program. More than 65 professionals have interned with Fannin in the last five years. As planned, most return to the medical community, with seven running their own biotechs in Houston, but nine continue to work with Fannin or one of its portfolio companies.

Fannin has started about 25 companies in the last seven years, with 12 still active today. It expects to create another 10 or 12 partnerships in the next three years.

“What we end up with is a process that’s not driven by money because it’s not driven by venture capital. It’s driven by science, and we can take the appropriate time needed for the science,” says Varadhachary.