Clinical Trials In China: A Model For Advancing Cancer Therapies

China, with its considerable population and large number of patients diagnosed with cancer, has been of particular interest for clinical trials where genetic differences between the Chinese and Western populations are not a factor. CROs, consulting companies, and drug development firms that have assisted Chinese drug development companies with clinical trials and the regulatory review process have attracted interest from Western drug development companies, especially those that are seeking to effectively and efficiently navigate the procedures in place in China.

For U.S. pharmaceutical companies aiming to work in China, the country poses new and unique compliance challenges. The Chinese government has been proactive in quickly approving new pharmaceuticals, while also focusing on safety to protect its patient population. But while China provides a burgeoning market for pharma companies, there are many factors relating to its review process, specifically to the oncology market, that companies must understand.

According to Brand, this issue presents an opportunity for companies that have a unique relationship with the China Food and Drug Administration (CFDA) and connections with hospitals in China that can generate quality data that meets U.S. GCP standards. Cancer care in China continues to be highly centralized. The National Academy of Science Tumor Hospital in Beijing, the largest cancer hospital in China, had 800,000 patient appointments in 2015. It also treats over 2,000 new lung cancer patients each year.

“Unlike the U.S., where most residents have access to radiation and chemotherapy in close proximity to their homes, individuals who are diagnosed with cancer in China must travel to the advanced cancer centers that are located in Beijing, Shanghai, or Guangzhou,” notes Brand. “That limited number of advanced cancer centers often results in concentrated and rapid enrollment for clinical trial participants.”

WHY CHINA IS IDEAL FOR PHASE 3 STUDIES
Although the centralized care model in China can help overcome enrollment challenges in Phase 3 oncology trials, the CFDA will present challenges to the uninitiated sponsor. Established relationships with key principal investigators at the large cancer centers can greatly help a company doing business in China. In addition, qualifying a drug candidate program for Category 1 and fast-track review by the CFDA can expedite the entire process.

Many of the smaller, Phase 1 and 2 trials are manageable in Western countries. But, according to Brand, this concentration of individuals who are seeking treatment in China can be particularly valuable when pharma companies are enrolling patients in large Phase 3 trials that might require thousands of patients. 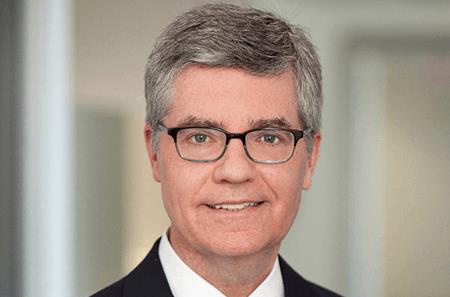 "Studies show that only 3 percent of U.S. cancer patients participate in clinical trials. … Patient enrollment and retention is now a major contributing factor to the cancellation of many clinical trials."

FDA VS CFDA: SAFETY AND EFFICACY MATTER
The greater propensity for cancer patients in China to participate in Phase 3 clinical trials may be due in part to the CFDA’s more stringent requirements for allowing a Phase 3 trial to commence.

The Clinical Trial Application (CTA) in China is equivalent to the Investigational New Drug (IND) program the FDA grants to allow a clinical trial to start in the U.S. The IND is the means by which a pharmaceutical company obtains permission to ship an experimental drug across state lines before a marketing application for the drug has been approved.

“China’s Phase 3 CTA differs in that the CFDA requires the drug candidate to demonstrate both efficacy and safety in prior clinical trials before granting the CTA to initiate a Phase 3 trial that will enroll Chinese patients,” says Brand. “The U.S. FDA only requires that the drug demonstrate safety in its prior trials before granting the IND to proceed with a Phase 3 study. In other words, China’s government further seeks to protect its people from trials with a large number of patients if a drug candidate has not demonstrated proper efficacy.”

The data gathered from that trial should indicate sufficient efficacy, which could be used when launching an IND from the U.S. FDA for a global Phase 3 trial. A CTA can also be received from the CFDA at that time.

This is a more straightforward regulatory pathway compared to new drugs that are already marketed outside of China by multinational companies. Current statutes have not revised this ruling.

There are a couple additional options to consider. “A drug can obtain additional accelerated review by the CFDA if it is submitted by a recipient of China’s prestigious Thousand Talent Innovator Award, if the drug is included on China’s national priority list, and/ or if a drug candidate has received the prestigious Drug Development Innovation Grant Award from the Chinese government,” adds Brand. “The CFDA may grant regulatory approval to a drug demonstrating similar efficacy in its primary endpoint and superiority in one of its secondary endpoints compared to another drug for the same disease that has already been approved for the market.”

“By making use of the manufacturing capabilities available in China, an innovative drug development company could focus on its R&D strength and avoid investments in plant and equipment,” adds Brand. “Those same companies might also avoid the costs of manufacturing control and manpower management that are sure to follow. This will be particularly useful for small molecule drug developers, as many companies that develop biologics tend to build their own plants for fear of losing the clone to its biologic drug to the CMO.”