One of the most important considerations when forging a CMO/client relationship is reaching a consensus on the wording of the quality agreement. 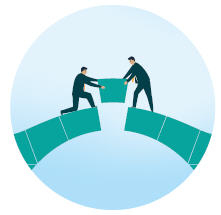 With the FDA cracking down on the responsibilities of both parties in the relationship, it is more important than ever for both sides to be in agreement on the actions that need to be taken when a quality issue comes to light. A panel discussion at the Outsourced Pharma West Conference & Exhibition focused on these agreements, with representatives of both large- and small-sponsor companies sharing insights on the topic.

The agreements are often born of a template that originates with one of the two parties. If anything became clear to me when listening to the exchange between panelists and audience members, it was the importance of reviewing the document, understanding it, and making modifications when necessary. Here are some of the key takeaways from the session.

PREPARING THE QA IS A STRAIGHTFORWARD PROCESS … OR IS IT?
Quality agreements have been around for a long time, and now even the FDA has a guidance regarding them. That would make many think that preparing a QA and putting it in place is a simple and straightforward process. Unfortunately, this is not always the case.

In theory, the document is fairly straightforward. If the templates used by the vendor and the client are well aligned in terms of the requirements of both parties, that makes the process even easier. If, however, there are multiple templates being used by either party, or there are significant differences between them, the process can get much more complicated. There are also issues that can arise if provisions in the agreement can be interpreted differently by either party.

One of the benefits of working with select partners on multiple projects is that both sides get to know each other better. After multiple iterations of the agreement with the same client, the process gets smoother each time. Having the FDA guidance makes the process even smoother.

Still, there are considerations that need to be taken into account. One of the most important is ensuring the agreement contains an appropriate level of detail beyond the normal GMP considerations. That will generally depend on other external factors, such as the criticality of the service being provided and the geographies in which the business will be executed. The right amount of balance, and setting these definitions right up front, will allow both sides to communicate more smoothly and effectively.

AVOID THE LEGALESE AND THE CONTROL
If there is one thing that can make the process of approving a quality agreement more complicated, it’s using a template that is full of legal jargon. This can make the agreement very difficult to work through and will require quality personnel to read through every sentence in an attempt to determine who’s responsible for what. Anything that can be done to simplify the agreements will lead to better outcomes on both sides.

For example, a couple of panelists remarked on the benefits of a simple template that is both easy to read and understand. One that has a list of responsibilities on the left and an X in a box under columns headed “CMO” and “sponsor” on the right often works well. That type of template is easy to navigate and understand. Vendors and clients can generally get through an agreement like that in less than an hour. However, use caution when using one of these to avoid a lack of specificity. If a task is assigned joint responsibility, it can be easy for both sides to overlook it. For that reason, it may be best to avoid joint responsibility situations or to clarify where one responsibility ends and the next begins.

One of the toughest situations for a CMO is when a client comes in and insists on using their own quality agreement. If a CMO is working with 40 or 50 clients, there could potentially be 40 or 50 different agreements they must work with each year. A sponsor’s attorneys might insist that vendors use that specific agreement, but it will take longer for the CMO to figure out what it is agreeing to.

"One of the toughest situations for a CMO is when a client comes in and insists on using their own quality agreement."

While newer companies (e.g., a small start-up bio firm) might be reluctant to accept a CMO’s quality, starting with its quality agreement actually makes a lot of sense. CMOs have signed hundreds, if not thousands, of agreements with sponsor companies. It is unlikely an issue would arise that they have not already considered and made accommodations for.

The bigger issue might be forcing the CMO to abide by different rules for different clients. If that CMO is working with 30 sponsors, and 29 require a deviation notification within 48 hours, then a client requiring a 24-hour notification of that same deviation throws a wrench into the works. There also can be differences in how a client is notified (i.e., by phone or email). Someone in the facility would have to remember or somehow keep track of all these caveats. In that type of situation it is better for the client to look at their agreement and ask if they really need to be notified in 24 hours or if they can abide by the rules the CMO already has in place.

WHEN SHOULD WE DISCUSS?
If you are in discussions with a CMO, when is the best time to discuss quality agreements? Should it be when you are vetting the company or after you have made your selection? Perhaps at the same time you submit an RFP? One school of thought is to negotiate the agreement in parallel with any kind of service agreement. However, that may depend on the type of relationship established (transactional versus strategic partnership).

Quality agreements should also reduce subjectivity as much as possible, simply to reduce confusion on both sides. For example, don’t try to differentiate between a minor deviation and a major deviation. That is too subjective and will drive people crazy. Simply note that all deviations should be reported within 24 hours.

IS IT IN THE REG?
The panel covered two additional points that are worthy of consideration. The first is, don’t be afraid to relent on an issue, especially when it involves internal procedures or actions not mandated by regulatory requirements. “We were well into a project when we encountered an issue,” notes one panelist. “It was not addressed in the quality agreement, and it wasn’t in the Master Service Agreement (MSA). It was an issue where the two sides just had opposing views on it. We ultimately conceded, but a situation like that happens a small percentage of the time.”

Another panelist discussed a situation where a CMO pushed back and said, “Show me the reg.” Upon looking into it, he discovered the reg didn’t actually say what he thought it did. The company had simply been doing it that way for years. “We don’t even know who it was, 20 years ago, that said we should do that,” he said. “Eventually we relented.” The lesson learned? Be willing to work with your CMO on quality disputes, especially if a regulation is not there to back it up.

In closing, I think one final point should be made. A quality agreement, once signed, is not etched in stone. There is nothing that says it can’t be changed as needed. Quality personnel from both sides should be open to amending, adding to, or deleting from the agreement as the project, the relationship, or applicable regulations change. Always remember your CMO is your partner, and you need to be able to work together to ensure both sides are successful.