Targeting Parkinson’s dyskinesia and other rare CNS disorders with a novel receptor-binding approach. 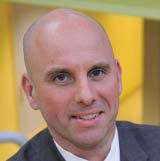 Addex Therapeutics is in mid-stage development with several CNS-drug candidates, including dipraglurant, in a Phase 3 trial for treating Parkinson’s disease levodopa-induced dyskinesia (PD-LID); a Phase 2b/3 of dipraglurant for dystonia; and a Phase 2 proof-of-concept study for ADX71441, an activator of gammaaminobutyric acid subtype B (GABAB) receptor, in Charcot-Marie-Tooth type 1A neuropathy. Drugs in the Addex portfolio are products of its platform of small molecule allosteric modulators (AMs), which may have advantageous binding properties.

WHAT’S AT STAKE
Medical need, science, and business sometimes intersect, to their mutual benefit. Addex shows how the lucky correlation can happen in a company, even when the enterprise begins in one place and winds up in another. Many of our Companies to Watch start up and stick with the same purpose evidently to the sweet or bitter end. Many others have made chameleonlike changes in their strategic direction and medical purpose, at times many times over. In the case of Addex, several redirections put it on a path to its lead development candidate, dipraglurant, now in Phase 2 trials for dyskinesia and dystonia.

In last month’s issue, Dr. Robert Hauser, a key academic/scientific opinion leader at the University of South Florida, bemoaned the lack of effective medicines for levodopainduced dyskinesia in Parkinson’s disease (PD-LID). (“Hot New Therapeutic MoAs Versus Neurodegenerative Diseases, Part Two, Parsing Out Parkinson’s,” April 2016.) About the same time I interviewed Hauser, I met Tim Dyer, CEO of Addex, at the BIO CEO & Investor conference in New York. When I was unable to work Addex into the Parkinson’s article, I vowed to cover it in this column.

But of course, I found out the company is about much more than one product. Behind the product is a new platform already producing additional candidates. Dipraglurant is the first of multiple small molecule AMs in the Addex pipeline. AMs are drugs that bind with a receptor at a site other than the so-called active site most other drugs target. The AM drug thus avoids competition with ligands that bind to the active site; it binds to another site where it can regulate the disease-related receptor up or down, even when natural ligands fully bind to the active one. (Negative or down-regulating AMs are NAMs; positive or up-regulating, PAMs.) Addex posits AMs will thereby have better binding rates than non-AM drugs.

So, if AMs have such therapeutic advantages over conventional drugs, what barriers have kept other companies from exploiting them — and how does the Addex technology overcome those barriers? “The main barriers are the screening tools to discover AMs and support their chemical optimization,” explains Dyer. “In 2003, when Addex pivoted to focus on AMs, we developed a proprietary in vitro pharmacology screening platform designed to specifically identify AMs. This is a significant competitive advantage.”

Dyer and several partners founded the company in 2002, initially to pursue medicines to treat drug addiction, but a year later it shifted to developing the AM platform and CNS portfolio, beginning with dipraglurant, a NAM targeting mGluRs (metabotropic glutamate receptors) in rare movement disorders. Addex considers itself undervalued, and Dyer indicates plans are underway for a $30 million PIPE (private investment in public equity) to fund its dipraglurant Phase 3 trial in PD-LID and Phase 2b/3 in dystonia, as well as a Phase 2 with its candidate in Charcot-Marie-Tooth neuropathy. In applying its AM platform, it appears to have chosen its lead candidates and indications wisely, based on the intersection of medical need, science, and — so far, but with mountains yet to climb — business.