Developing Safer Opioids In A Market Under Siege 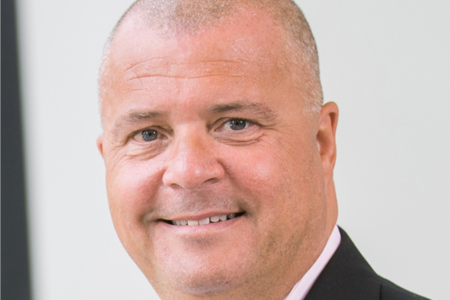 In some ways, Egalet exemplifies the painmedication space for smaller companies; in others, it appears exceptional. Public for two years, it has two products on the market: Sprix (ketorolac tromethamine) nasal spray, a nonopioid alternative limited to acute or short-term use; and Oxaydo, an oral formulation suited to either acute or chronic pain. The company has two abuse-deterrent formulations of opioids for chronic pain in Phase 3, another in Phase 1, plus a Phase 1 candidate in ADHD.

WHAT’S AT STAKE
What is pain? Why can’t we measure it objectively, as we do other physiological phenomena? Why does any treatment for the worst pain also cause pleasure so rich for some people it becomes addictive? Perhaps even more mysteriously, why are the only reliable medications for severe pain still the same type that humans have used for thousands of years — opioids?

Such questions define what’s at stake for any company such as Egalet, developing new forms of opioids designed to mitigate their inherent disadvantages. Moreover, the current movement to control a prescription-opioid epidemic makes drug development in the pain area more daunting than ever. Although companies large and small have worked diligently to create abuse-deterrent delivery forms, now policymakers have begun to urge an almost total crackdown on opioid prescribing, including a virtual cut-off for chronic-pain patients — even those with intractable conditions that condemn them to a lifetime of debilitating pain. In response, companies in the pain space are putting more focus on acute-pain formulations. Yet, not all are abandoning chronic pain. Egalet, for one, appears to take the long-term view that a pendulum swing in one direction promises another in return.

“Companies have spent many millions of dollars looking for effective non-opioid pain treatment, and to date, they really haven’t found anything,” says Robert Radie, president and CEO. “For many people, opioids are the only answer that can get patients with severe, chronic pain to a point where they can be comfortable and function normally. That has been true for years, and I don’t see anything on the horizon telling me otherwise.”

The company’s nonopioid alternative, Sprix, is a self-administered nasal spray formulation of the potent nonsteroidal ketorolac, otherwise available only in an intramuscular injection or pill form. Limited to maximum use of five consecutive days, the product may address singleincident pain or occasional breakthrough pain in patients on chronic-opioid regimens. The abuse-deterrent measures built into Egalet’s opioid candidates address the most common practices of the rotten apples who spoil the barrel for patients with pain: crushing, snorting, “shooting” through needles, and so on. Oxaydo, licensed from Accura, employs the Aversion platform, which adds a nasal irritant to the compound. For its other products, the company uses its own injection-molding technology, Guardian, to produce pills no household tools can break apart.

This column normally watches companies developing original or novel compounds rather than developers of reformulated versions of existing drugs. But the unique history of the severe-pain space — and, let’s face it, the stunning lack of progress since its earliest times — forces this exception. Innovation in the form of new modalities has not stalled for lack of trying. Despite the many former casualties, some companies have novel agents in the late stages, but no actual alternatives to opiates will likely emerge for years. Until then, to see real innovation in severe-pain medication, keep your eye on Egalet and others creating new forms that bring an ancient and reliable, but risk-filled remedy into the current era.