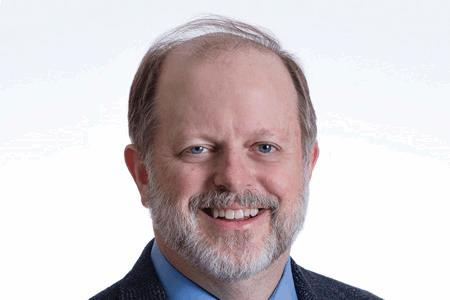 Enteris is developing its own pipeline of drugs converted from injectable to oral formulation with its proprietary technology, Peptelligence. Its lead product candidates are Ovarest (oral leuprolide tablet), in preparation for a Phase 2 trial in endometriosis later this year; and Tobrate (oral tobramycin tablet), on track to enter Phase 1 in uncomplicated urinary tract infections (uUTIs), also later this year.

WHAT’S AT STAKE
Businesses that were once happy to play a supporting role in development by supplying goods and services to developers are starting to think bigger. I chose one of them, Enteris BioPharma, in good part to see why and how a contractor would make the transition from pure “partner-supplier” to developer of its own pipeline. “When you’re working for other companies, there are two disadvantages — one, you don’t have full control of your destiny; two, the work tends to come in peaks and valleys,” says Enteris chairman and CEO Joel Tune. “So we started our own drug development with the idea that we would fill the peaks and valleys, and we could ensure our investors we were in a position where we had control of our own destiny with a valuable asset.”

Enteris also offers another take on specialty drug development — not every company entering this space looks at it as an easy gold mine. Combining a generic product with its proprietary formulation technology, Peptelligence, Enteris may succeed in creating value without exploiting the expectation of huge profits.

Enteris came into being only three years ago, having bought the technology that incorporates a peptide or hard-to-deliver small molecule into a tablet. As a CMO, it works for Big Pharma companies and with smaller companies such as Cara Therapeutics, for which it has formulated, and produces, a new kappa-agonist pain med in development. Although the first indication for the company’s own lead compound, oral leuprolide, is for endometriosis, other indications will follow, with fibroid tumors at the top of the list, according to Tune. Tobramycin is an old antibiotic that has always been given intravenously or pulmonary; no one else has succeeded in making it in an oral form. In the first indication planned for the oral form, uUTIs, tobramycin has essentially never been used, so it has not generated the resistance plaguing antibiotics now in use for the condition.

“Endometriosis is about a $600 million opportunity, and uUTI is about a $400 million opportunity,” says Tune. By today’s standards, those figures may seem quite moderate. Although a commercial partner would obviously have a say in the matter, pricing will stay modest if Enteris sticks to its current plan. “We have assumed no price increase over what’s currently in the marketplace, even though we believe we have a superior product,” Tune says. “We did in-depth interviews with physicians, patients, and payers, and we got a positive response from all of them. Leuprolide is arguably the most effective agent for treating endometriosis, but people are reluctant to use it because the only forms available in the U.S. marketplace are 30-day or 90-day injections.”

Enteris has an interesting constraint on its clinical development — like its smaller partners, to some extent, it is also a virtual company. Most of its employees are chemists in formulation and manufacturing, so it seeks outside expert advice and uses a CRO for clinical trials. But it can schedule trials only when its CRO has a slot available. For trial design, it has tapped the talent and experience of people who have immigrated from Big Pharma to small biopharma because of large-scale consolidation and associated layoffs. By thus combining the old and the new, in all the ways described here, the company may epitomize an innovative model for entrepreneurial drug developers.