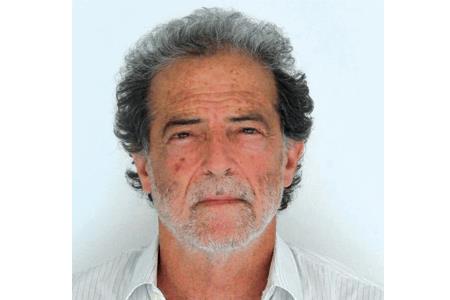 Quark Pharmaceuticals is a pioneer in RNA (ribonucleic acid) interference (RNAi), now with its own siRNA (small interfering RNA) drugs that block targeted disease-causing genes. It has two products in Phase 3 development — QPI- 1002 for delayed graft function and QPI-1007 for nonarteritic anterior ischemic optic neuropathy (NAION) — and a number of others in preclinical to Phase 2 development for a wide range of conditions.

WHAT’S AT STAKE
Skepticism is certainly appropriate at the early stages of life sciences R&D. New medical technologies historically take decades to develop. The typical pattern includes wide excitement over a simplified view of a new theoretical mechanism, followed by clinical failure and an almost simultaneous realization of the enormous biological uncertainties that undermined the original premise. Then comes years of research and engineering to deal with the uncertainties, greatly improve results, and resurrect the technology. The easiest example is monoclonal antibodies. Is RNA interference next?

Dr. Daniel Zurr, Quark’s chairman and CEO, believes it is. Not only that, he believes his heretofore dark-horse company is the one that will bring success to the field for the first time with its siRNA drugs. “We have ways to modify the siRNA so it can move into different organs in the body,” Zurr says. “This is one of our key assets. We know how to deliver the siRNA to the kidney, the heart, the lung, the inner ear and eye, and even into the hair follicles — to suppress the antigen receptor involved in hair loss.”

Founded in Israel more than 20 years ago, Quark invented a gene-mapping system called BiFAR, then married it later to siRNA when the technology became available in the late 1990s — changing the company’s focus to drug development. BiFAR identifies disease-modifying genes as drug targets; siRNAs are the active agents that block gene expression. Those platforms, together with the company’s continuing work on delivery modes, have attracted a flock of Big Pharma partners and generated numerous candidates for the company’s own pipeline.

Zurr draws a contrast between Quark and its main rival, headline-winning Alnylam. “Like us, Alnylam has two products in Phase 3, but both are for liver indications because the company can only deliver its drugs to the liver. Its siRNAs are coated with liposomes or are GalNAc [galactose/N-acetylgalactosamine] conjugates, which travel immediately to the liver.” Quark uses several delivery technologies, including formulations and mAbs (monoclonal antibodies), which bring the siRNAs to the right cells, where they can use their abilities as players in the innate immune system to enter the cells and interfere with disease-causing gene expression.

QPI-1002 is in a Phase 3 trial for treating delayed graft function following kidney transplant, tissue death by apoptosis that arises from the reperfusion of oxygenated blood into the transplanted organ. QPI-1002 temporarily suppresses the apoptotic p53 gene in the kidney graft. The longer the kidney stays on ice before surgery, the worse its oxygen starvation becomes and the more damaging the reperfusion injury, and donor kidneys are often discarded when delayed too long in transit or storage. Quark is investigating use of another siRNA drug, QP-CP1, for similar tissue death and scarring from reperfusion following myocardial infarction.

The complete array of indications in Quark’s development pipeline is truly impressive and, I suspect, its biggest challenge — other than the inherent vagaries of invading cells and manipulating genes. At the scale of siRNAs and cellular constituents, molecules make up a quantum world where uncertainty reigns. Having passed through much of the proof-of-concept gauntlet, the company and its products’ next big test will come in its Phase 3 trials, where the concept meets uncertainty at the macro scale.

About $500M to date.
SoftBank Investment of Japan more than 90 percent