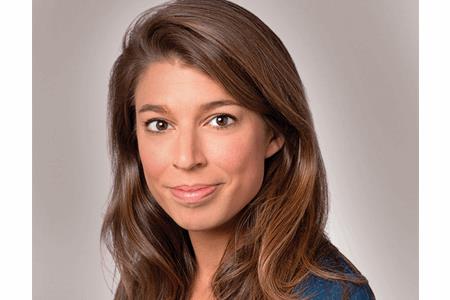 ViewPoint Therapeutics is an early-stage company in preclinical development with a small molecule, coded as VP1-001, for treating cataracts and presbyopia and investigating therapeutic applications for other conditions caused by protein misfolding, especially in the neurodegenerative disease area.

WHAT’S AT STAKE
Everything that folds can also misfold. Proteins present the best examples. The folded shape of a protein can unlock functions in living cells or give function to the protein itself. Thus, misfolding subverts the molecule’s vital mission as a shape with meaning — often causing misfunction wherever it resides. Could a drug halt or reverse the error? That is the fundamental question that put ViewPoint in motion.

Dr. Leah Makley, president and CSO, founded ViewPoint based on five years of research she conducted in the lab of cofounder Dr. Jason Gestwicki, where all work is dedicated to protein misfolding, primarily in neurodegenerative diseases such as Alzheimer’s. Makley wrote her graduate thesis on the neuro-associated protein alpha crystallin as a major component of the ocular lens.

“The lens of the eye contains a very high concentration of soluble proteins called crystallins, and the same protein molecules you’re born with have to last for your entire lifetime,” she says. “These proteins have to stay properly folded for the lens to be optically transparent. If they misfold, they aggregate, causing opacities that are clinically diagnosed as cataracts. Since these proteins are unusually long-lived, the lens is a really interesting system in which to study aging and protein folding.”

It was also a project Makley always envisioned as having the potential for therapeutic applications. She had even discovered a possible small molecule drug candidate for cataracts. Finishing her thesis after transferring her work from the University of Michigan to UCSF, she and Dr. Gestwicki, who had also transferred his lab to UCSF, started up the company in 2014, and she still runs it, retaining the president and CSO titles but leaving the CEO slot unfilled for now.

As Makley observes, age-related cataracts are inevitable. “If we live long enough, we will all develop cataracts. Fifty percent of people over the age of 70 have cataracts, and these patients are currently only treatable by surgery. Cataract surgery is the most common surgery done in the United States, with a total cost to all payers of about $7 billion a year.”

ViewPoint first developed a proprietary screening platform to identify small molecules that bind alpha crystallin and prevent and reverse its aggregation. It then formulated its lead compound as an eye drop and put it through preclinical tests on cataract mouse models, including age-related forms, successfully clearing the misfolded, aggregated protein and restoring transparency.

A scientist turned reluctant businessperson, Makley nevertheless exhibits plenty of confidence in her company and its future development. Yet she still cites scientific motivation for her business enthusiasm. “The science was compelling enough and the unmet need great enough that someone needed to translate this work out of the academic lab. It was important enough to me to make that happen, and the rest I have to figure out as I go along.” Beyond the ocular area, she still has longer-term ambitions for the company’s approach to stabilizing and restoring misfolded proteins in the neurodegenerative area.

No doubt about it — ViewPoint is early stage. It is so early stage, in fact, the likelihood of its success and the risk of failure are simply unknowable, and they will remain so for many years to come. But whatever the stage companies featured in this column have reached, they all share one thing in common — their fates still lie beyond the veil of the future. Their stories are unfinished. Their success is not assured. Therefore, representing the early development end of the continuum, ViewPoint is an ideal company to watch.