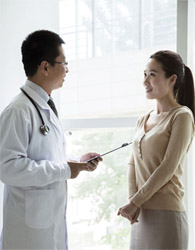 Competing pharmaceutical companies typically don’t share with each other. An exception is the Asia Training Consortium (ATC), whose members share their best practices in employee training to address a common challenge: preparing their Asian workers to manage the clinical trials that the companies plan to sponsor in the part of the world that is widely regarded as having the greatest potential for economic growth for the pharmaceutical industry.

By sharing resources and expertise, Merck, AstraZeneca, Novartis, Pfizer, and the other multinational ATC member companies are not only cutting their costs for training workers but also are standardizing the knowledge and skillset required for clinical trial associates, clinical project managers, and clinical research managers in Asia.

The collaboration extends from the design of the curricula to teaching the courses. In Shanghai, China, a recent ATC class on the Foundations of Clinical Project Management was attended by Astellas Pharma employees, taught by a Merck trainer and held at a Novartis facility.

Frequently the attendees at an ATC class represent multiple companies. This nonproprietary approach to training achieves the economies of scale that reduce each company’s training cost per employee, said John Constantine, chairman of the board of ATC and executive director & dean of the Merck Polytechnic Institute, the pharmaceutical company’s training and development program for R&D staff.

The ATC was founded in 2012 because Constantine and his counterparts at other major pharmaceutical companies and multinational CROs had something in common: each was paying 20 times more for training a new employee in Asia than for training a new recruit in North America and Western Europe.

Because the companies viewed their curricula as proprietary, they had to pay the total cost for each class, from the trainer’s salary to the rental of the classroom and audiovisual equipment. “Even if the company had only five employees to train, it was paying the same amount of money that it would have spent if the classroom was full with 25 people,” said Constantine.

Goal: Reduce Training Costs
The excessive costs of training Asian employees clashed with the belt-tightening occurring industrywide. To avoid less than optimal class sizes, some of the companies were infrequently holding training classes. As a result, some employees were not quickly trained to work in clinical trial management.

When Merck, other companies, and CROs began to establish footholds in China and other Asian countries, they soon found that the region, unlike North America and Western Europe, did not have a large cadre of professionals experienced in clinical trial management.

“The basic skills of clinical trial management are not taught at universities in Asia,” said Constantine. “Most of the people whom we are hiring in Asia are straight out of university. They are very eager to learn, very education-oriented, and ambitious. But they don’t know basic good clinical practice (GCP).”

Constantine helped establish ATC after joining Merck in 2008 to head the company’s then new R&D staff training institute. “Soon after I arrived, Merck announced it would focus its growth in clinical trials primarily in the Asian market,” he said. As a result, Constantine changed his focus from North America and Western Europe to China, India, Indonesia, Japan, Malaysia, the Philippines, South Korea, Singapore, Thailand, and Vietnam.

During his first trip to China, whose large population has made it the primary market in Asia for the pharmaceutical industry, Constantine discovered that the CROs and other pharma companies that also were building a presence in the region shared Merck’s lack of economies of scale in the training of Chinese workers to help manage clinical trials.

Constantine took advantage of the then upcoming IBC-Asia 3rd Annual Partnerships in Clinical Trials Asia Conference in Shanghai to invite his counterparts at pharma companies and CROs to a two-day meeting to discuss common training challenges in Asia. The result was the incorporation of ATC in Singapore as a legal entity in June 2012. ATC subsequently won the endorsement of the China Council for International Investment Promotion.

At the Shanghai conference and subsequent meetings, Constantine and his industry colleagues decided that the consortium should address not only employee training but also their shared goal of ensuring that clinical research conducted in Asia meets the highest standards of quality. 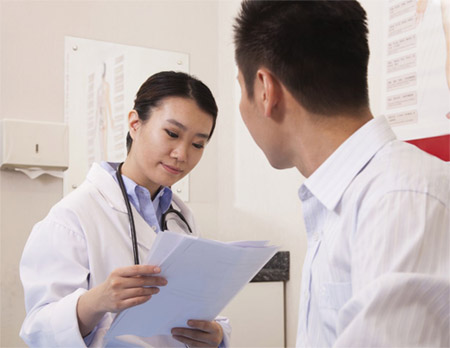 The Asia Training Consortium was designed to prepare Asian pharma company workers to manage the clinical trials in the area of the world that is widely regarded as having the greatest potential for economic growth for the pharmaceutical industry.

To design the curricula for ATC’s courses, the board appointed a committee whose members shared nonproprietary training guides, content outlines, scripts, and related materials. “We found that the curricula of the various member companies were very similar,” said Constantine.

Thus far, 900 days of ATC courses have been taught in classrooms throughout Asia. The ATC’s Foundations of Clinical Project Management class now occurs quarterly in Shanghai. The course is available online in both English and Mandarin. ATC plans to create online versions of the other courses, which include Principles of GCP, Presentation and Assertiveness Workshops, Building Performance Teams, and Leading Without Authority.

Today ATC members total 17 companies, each of which annually pays $2,500 to participate in the consortium. “We decided to keep the entry fee as low as possible,” Constantine said. In addition to pharma companies and CROs, ATC members include specialists in designing and packaging course content for the classroom and online.

Constantine invites other pharma companies as well as CROs to join ATC when he speaks about the consortium at life sciences conferences in the U.S., Europe, and Asia. “The more members we have, the more we can do,” he said.

The ATC model for clinical trial management staff could be adapted to the training of pharmaceutical manufacturing and other workers in Asia, he added. The government of China expects that the global pharmaceutical industry’s foothold in the country must include more than the sale and marketing of drugs. As a result, the multinational companies are establishing R&D and manufacturing facilities in China as well as conducting clinical trials there.

Latin America and Africa are the new emerging markets for the global pharmaceutical and CRO industries. Versions of ATC may be created for those areas, Constantine said.

ATC benefits not only its member companies but also the students trained in the consortium’s courses. Because the courses follow standardized curricula, Asian workers who earn ATC certifications by completing the classes likely will be highly employable in the region, Constantine said. “If they are hired by another pharmaceutical company or CRO that is an ATC member, their new employer likely will not have to re-train them.”

Asia is already proving to be a major engine of economic growth for the life sciences industry. According to the Economist magazine’s intelligence unit, pharmaceutical sales in Asia almost doubled in the first decade of this century, and by 2016, the average annual growth rate in pharmaceutical sales will be over 13 percent.