The company's chief scientist recounts the lessons learned by this leader in antibiotics, up to its merger with Merck.

The news gets better and better — right until the end. Such is the in-a-nutshell version of the story of Cubist Pharmaceuticals. In the spring of 2014, a year in which the famously independent company would score new drug approvals and acquisitions of its own, early signs of its demise began to appear. 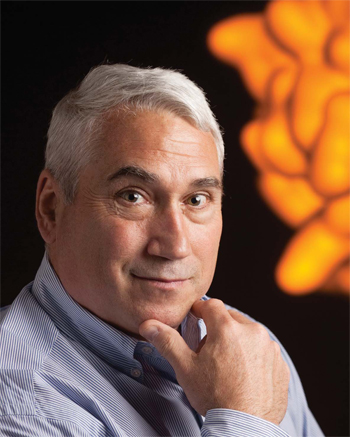 In retrospect, the scenario seems familiar. The future CEO joined the board in April, and by late fall the board accepted a tender offer. By the end of the year, the company’s fate was sealed but still uncertain in at least one respect: would it maintain its identity as Merck’s wholly owned subsidiary or ultimately meld away into big-pharma Merck (MSD, outside North America), having left its indelible mark on the history of antibiotics?

“The merger certainly was not a planned event,” says Cubist’s chief scientific officer, Dr. Steven C. Gilman. “We have always operated with the mindset that the best way to create value for shareholders and patients is to run independently, and we have never put a ‘For Sale’ sign on the company. Obviously, our board has a fiduciary responsibility, and we cannot choose the time when a company will become interested in us, but we have to do what’s right for shareholders under our fiduciary duties. Merck has been clear this is a value-driven deal to provide new therapeutic options for patients in the future. We believe Merck will keep the Cubist mission and our drive to provide new antibiotic therapies, and we’ll see how that plays out over time.”

In December of last year, the looming deal makes Cubist’s announcement of another FDA approval — for Zerbaxa (ceftolozane/tazobactam), a treatment for “complicated,” Gram-negative urinary tract and intra-abdominal infections — sound simultaneously proud and poignant. (See also “Zerbaxa — A Launch in the Limelight” on page 30.) We accepted an offer at that time to speak with Gilman about the approval and the significance of the product. But as context, we also discussed the acquisition from the larger perspective of Cubist’s origins, strategy, and accomplishments over the years.

A LITTLE LIGHT HISTORY
Cubist began two decades ago with the mission to address a need that had become almost completely neglected by the large pharmaceutical companies. With a drug it licensed from Lilly, the company set out to navigate the development path from start to finish independently and with the determination to fully integrate itself into a commercial entity. Despite some notable setbacks, it succeeded well — well enough, indeed, to eventually attract a Big Pharma’s attention.

"We need to question old pricing models because they are based on the incorrect assumption that antibiotics should be cheap and easily available."

When I asked Gilman to describe some key hurdles the company had overcome and lessons it had learned, his answer was interesting — and especially rewarding to this journalist. Coming up with a novel query is the writer’s dream.

“I can’t say I’ve ever had that question,” says Gilman. “Probably the first big hurdle was the failure of our 2002 Phase 3 trial in pulmonary infections for the compound that would become our chief product, daptomycin [Cubicin]. We actually spent a lot of time and drove a lot of science around why that was, and that was very helpful for us and to others. Now researchers use the information we generated to make sure drugs they are developing will have a good chance of working in pulmonary infections. It is a good example of how we worked very diligently to ensure our science translated into benefits at the patient level.”

Another hurdle Cubist learned to overcome was the typical, relatively slow ramp-up of sales for new antibiotics. “Despite investors anxious for the next quarter’s earnings, we had patience and stayed the course,” Gilman says. “With hard work and good products, you make the appropriate return, and shareholders will ultimately be satisfied. Sometimes it comes quickly, and sometimes it doesn’t. But our science is about patients and patience — the actual patients, who are treated with our drugs; and patience, the persistence and perseverance it takes to develop our drugs. Our focus on science, patients, and patience has helped us build a now 20-year-old company.”

Gilman sees the work of Cubist as trailblazing for companies, large or small, traversing the field with a new generation of antibiotics. “The whole industry has benefited, not only because of our success as a company acquired by another company, which generates a certain amount of buzz in the industry. We have spent a lot of time and effort working very closely with the FDA to create new policies and guidances that have streamlined some antiquated regulation, so now all companies’ ability to develop antibiotics going forward is clearer and more defined.” He notes Cubist’s active role in contributing to the GAIN (Generating Antibiotic Incentives Now) Act of 2012, which offers incentives to stimulate overall industry growth in new antibiotics R&D.

LOOKING OUT
Contrary to the stereotype of a life sciences start-up lacking a sophisticated business team and inwardly focused only on its technology or product, Cubist needed to be outwardly focused only on its therapeutic area from the beginning, if it were to have any chance of being successful in the antibiotics space. Besides reaching out to the regulators, the company took time looking at the actual medical needs in the practice arena — not only of patients and practitioners, but also payers, key opinion leaders, and policymakers.

Similarly, as Cubist settles into its new subsidiary status, Gilman sees shared challenges for Merck and other newantibiotics developers. The first set is scientific. “Only two novel classes of antibiotics have been discovered, both of which are represented in our portfolio: daptomycin is a lipopeptide, and tedizolid phosphate [Sivextro] is an oxazolidinone. We are trying to find additional classes, and that is always challenging, but with drug-resistant pathogens and mechanisms changing all the time, there’s always a need to stay one step ahead of the bacteria. There are also certain pathogens, such as Acinetobacter, that many drugs don’t cover yet. And there are certain other holes in the armamentarium that scientists will be working on over time.”

Antibiotics also continue to carry business challenges, and Gilman sees the need for additional incentives beyond the GAIN Act. “We need to question old pricing models because they are based on the incorrect assumption that antibiotics should be cheap and easily available. Most of the inexpensive antibiotics don’t actually work against the most problematic pathogens nowadays.”

Postmerger plans are short-term for Gilman at the time of our interview just before year’s end, with the rest of the Cubist top-management team now mostly replaced. He is still discussing his future with Merck but wants to make sure he does everything possible to help in the transition, including the launch of Zerbaxa in the United States and its regulatory approval in Europe. His parting words likely capture the sentiments of the entire Cubist community as their company changes hands.

We ended our conversation with hopeful wishes for the new year, knowing events will continue to unfold in unpredictable ways by the time this article is published. But those developments will play out in the context of this unique venture that stepped in to fill a gap in Big Pharma R&D and thereby opened new territory now drawing the industry back to a pressing medical need.

ZERBAXA — A LAUNCH IN THE LIMELIGHT

Just as Merck’s acquisition of Cubist hit the veritable newsstands last December, the to-be-acquired company accomplished another FDA approval, for its new Gram-negative antibiotic Zerbaxa (ceftolozane/tazobactam). Cubist’s long-time chief scientist at the time of the product’s approval is Dr. Steven C. Gilman. He says Zerbaxa rounds out the company’s fight against drug-resistant bacteria with the first antibiotic approved by the FDA in the U.S. under the GAIN (Generating Antibiotic Incentives Now) Act to address certain serious and resistant Gram-negative strains:

“Cubist has taken the charge and has worked quite diligently to come up with new therapeutic agents for certain Gram-positive and Gram-negative bacterial infections. With products, such as Sivextro (tedizolid phosphate), approved earlier in 2014, and Cubicin (daptomycin), on the market for more than 10 years, we have very significant agents against Gram-positives, but the emergence of resistant Gram-negative pathogens has been quite significant. Zerbaxa is the first new approval for drugs effective against drug-resistant Gram-negative pathogens under the GAIN Act of 2012. Zerbaxa is also the first of the Infectious Diseases Society of America’s (IDSA) 10 x ’20 Initiative, which in 2010 called for the development of 10 new antibiotics by 2020, to address certain serious and resistant Gram-negative bacteria. Zerbaxa is now approved in the United States for two indications, complicated urinary tract infections and complicated interabdominal infections, which are generally administered by IV in the hospital often to patients infected with drug-resistant pathogens; so we believe Zerbaxa will be a significant new addition to the physicians’ armamentarium. We are now watching the drug’s performance as we deliver it to the U.S. population with serious infections by multi-drug-resistant pathogens.

“We believe Zerbaxa therapy will help patients get out of the hospital more quickly, and, of course when you do that, you can save healthcare costs. Generally speaking, when you’re infected with a drug-resistant pathogen but inappropriately treated, the duration of your hospital stay can double. The hospital costs can be double, and the risk of death is sometimes double, depending on the indication and whether the patient is infected with a drug-susceptible pathogen.”