Did You Miss Some Opportunities At BIO This Year? 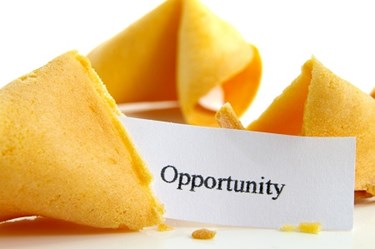 The tagline on the cover of the BIO International Convention’s 2015 pre-event planner is “Forge SUPER powerful connections.” If you think this an exaggeration, then you are obviously not trying hard enough. As is typical, BIO’s annual showcase in Philadelphia created a wealth of possibilities for opportunity to come knocking within its four walls. But to capture the most that BIO has to offer requires more than the mere application of a carpe diem (i.e., seize the day) mentality and your active participation. To maximize your experience at BIO necessitates the application of carpe omnia (i.e., seize it all) — including symbiotic opportunities that only an event the size of BIO can provide.

A Brilliant Exchange Of Ideas

Prior to and even during BIO my email inbox overflowed with a variety of afterhours networking opportunities. One of those emails came from a Life Science Leader magazine editorial advisory board member asking, “Would this be something you’d be interested in attending?” Attached was an invite to MUSE Philadelphia, June 15, 2015. Its description of being a “modern day salon” where “leaders in art, science, and technology gather for inspiration and conversation” left me curious. I asked the event’s sponsor, Klick Health, about attending, and their team invited me to another affair beforehand — the Klick Idea Exchange. The lineup of speakers included executives previously featured in Life Science Leader (i.e., Ron Cohen, Craig Venter, R.J. Kirk), business gurus (e.g., Tom Peters), and Bill Clinton, just to name a few.

Opportunity was most certainly knocking.

Held at the National Museum of American Jewish History, the evening was a brilliant exchange of ideas. For example, Gary Hamel, pacing the stage like a caged lion, discussed the need to scrape away the layers of bureaucracy that impede innovation. Juan Enriquez enlightened attendees with his explanation of how evolution is no longer being driven by nature. And as good as these all were, from my perspective, the best and most inspirational presentation came last, and from a speaker who was not among the original list of presenters.

Eythor Bender is the cofounder and CEO of UNYQ (pronounced unique), a prosthetic technology and 3D printing company offering customized and fashionable prosthetic covers. An innovator in the field of robotics and bionics for more than a decade, Bender has wowed audiences with his TED Talks on human exoskeletons. Today was no different. When he showed a new 3D printed form fitting brace under development for people suffering from Scoliosis (i.e., any abnormal sideways curvature of the spine) to replace the current contraptions reminiscent of medieval torture devices, a hush came over the crowd. Behind me a woman exclaimed in a stunned whisper, “Oh my God.” Though Bender was given only five minutes to present, being the last speaker he warned the audience he might go a little long. But his 11-minute presentation was worth it and even involved a guest appearance by Jade DiSanti, a16-year old girl who suffered an injury while playing soccer, resulting in numerous surgeries, and an eventual leg amputation. As DiSanti walked onto the stage sporting a new 3D-printed prosthetic leg that enables her to once again play soccer, she was greeted by applause, cheers, and whistles. Bender’s message was simple – too often payers and providers use the word “NO” when informing patients what they will be able to do when recovering from disease or injury. To be true enablers first requires getting past our own disability — the mindset that focuses only on that which can’t be done.

Another opportunity that came knocking during BIO was an invitation to dine with members of the South Carolina Biotechnology Industry Organization, SCBIO. I admit, South Carolina is not the first place I think of when it comes to the future of biotherapeutics. Nonetheless, I was intrigued, and here’s why. First, the invitation came early. Second, when I responded that I would follow up closer to the event, they proactively followed up with me. They seemed very interested in Life Science Leader, and thus, I gained interest in learning more about SCBIO. There were a number of folks who joined us for dinner, including Wayne Roper, SCBIO’s president, and Sam Konduros, executive director for Greenville Health Systems’ research and development corporation. Roper and Konduros believe South Carolina is poised to be one of the world’s next biotherapeutic hotbeds. Seems like a pretty bold prediction when you consider that South Carolina does not even have a metropolis big enough to rank among the top 100 most populous U.S. cities. Heck, its biggest city, Columbia, falls nearly 70,000 shy of Akron, OH! But like Bender, South Carolina has a history of not only ignoring naysayers — but having a successful track record when having done so. For example, many criticized the state for “giving away the store” to lure BMW to build its manufacturing facility in Greer, SC. But in the 20+ years since opening the plant that has since become BMW’s crown jewel, the high-tech automaker has invested > $8 billion in the state. Other high-tech manufacturing organizations have also migrated to the state. For example, the world’s largest aerospace company, Boeing, opted to build its 787 Dreamliner in South Carolina. Just this past May, Volvo inked a deal to build its first U.S. factory in, you guessed it, South Carolina.

Now you may be wondering, “What does all this industrial manufacturing have to do with biotech?” Well for starters, as South Carolina has demonstrated, high-tech success is a lure to other high-tech organizations. We all have been noticing Big Pharma’s shift toward pipelines that include a greater percentage of biologics. The successful manufacture of these eventual biotherapeutics, along with the accompanying diagnostics and devices, will require a plethora of bioengineers. One of the world’s oldest and most well-established bioengineering programs happens to be South Carolina’s Clemson University. And Charleston, Greenville, and Columbia  all have the infrastructure, resources, and employment necessary to develop potentially vibrant biomedical devices industry cultures. . Though many remain enamored with the biotech hubs of San Francisco and Boston, keep in mind that these cities rank among the most expensive places to live in the U.S.

For the past five years the promise of biopharmaceutical companies in emerging markets (i.e., BRIC countries) has remained largely unfulfilled. If I recall correctly, the primary driver behind the attraction to BRICs for biopharma companies was, and is, the potential for being able to conduct clinical trials and manufacture drugs more cost-effectively. While being cheap is not always flattering, it is if you are looking for inexpensive places to live, which South Carolina most certainly is. When considering an “emerging market” for biotech hubs, should we lump states like South Carolina into the same category. After all, the cost of living is less, and a whole host of high-tech companies seem to believe they can manufacture high-tech and high-quality products there. But from my perspective, SCBIO isn’t striving to be a biotech hub, but an all-encompassing biotherapeutic destination. This is why the state has been driving public policies that incentivize investment, such as the 35 percent tax break for angel investors that has resulted in a 600 percent increase in South Carolina angels since 2013.

Sure, I could have written this blog about the main buzz-worthy topics everyone heard about at the BIO conference — M&A, IP protection, oncology, and emerging therapeutic companies. But, instead, I really felt you may find it valuable to learn about some of those lesser-known opportunities — those you may want to become a little more open to exploring when they come knocking.