Drug Development In The Age Of Social Media

A young, energetic biotech; a promising drug with encouraging Phase 2 data; a young patient population; a disease target for which there is no successful treatment.

What could possibly go wrong?

A lot, it turns out. 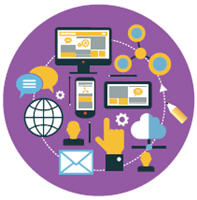 That’s what Kenneth Moch, former CEO of Chimerix, found out early in 2014 when his company became entangled in a controversy over access to its experimental drug, brincidofovir. A year later, Moch is gone from the company, but he remains eager to share his views on the so-called “compassionate use” of drugs that are still in the midst of their approval process.

In March 2014, Chimerix was carrying out a Phase 3 trial of brincidofovir for the prevention of cytomegalovirus in immunocompromised adults, based on positive Phase 2 results. Early encouraging reports on a trial with another virus, adenovirus, had trickled out in the literature, and doctors at St. Jude Hospital in Memphis, TN, requested the drug for Josh Hardy, a pediatric stem cell transplant recipient with a life-threatening adenovirus infection. After initial refusals for compassionate use by the company, Hardy’s parents took to social media, unleashing a deluge of tweets, phone calls, and acerbic emails to the company. The continuing storm of negative publicity quieted only after Chimerix set up a new Phase 3 trial for the treatment of adenovirus, with Hardy as the first enrollee.

ASSESSING THE FALLOUT
Interviewing Moch now, my first question concerned the child’s current condition. According to Moch, Hardy’s recovery has been spectacular. “His mother blogged about his status, and he had responded incredibly well to brincidofovir,” Moch stated. He is now approaching his ninth birthday, and while he still has medical issues, these do not seem related to adenovirus. He has faced multiple bouts with cancer, and his immune system is still recovering from his stem cell transplant, but his family states that he is progressing well.

Moch explained to me that he dislikes the term compassionate use because it implies that if you don’t allow the use of an experimental medicine, then your company isn’t considered compassionate. “I prefer ‘early access to an experimental medicine,’” he said. “The FDA calls it ‘expanded access.’” How this process works depends on many different parameters. Each disease, each drug, each clinical trial development plan is different.

Moch feels that there are a number of important lessons for CEOs and corporate leadership. Management teams must prepare for these various issues, especially in the era of social media and patient advocacy. Based on the events that played out over this past year, Moch focuses on what has been learned about the ethical issues, since this is at the very heart of the matter.

SETTING THE GUIDELINES FOR ACCESS
Moch queried, “What do you do when someone calls and says, ‘We have a dying child, and it’s your responsibility to make treatment available’? The question I ask people to think about is how to balance concern for a single patient, such as Josh, against the needs of many future Joshes? If something happens which slows down the clinical development timeline of a drug, then a large future group may not get access to the therapy. That is the essence of the moral dilemma.”

Moch recognizes that there is no formulaic model for expanded access. This means that every company has to think through its own specific strategy, based on multiple parameters. Is the drug a small molecule or a complex macromolecule in limited supply? What are risks to the mission-critical aspects of the clinical development program? Does the drug sponsor have the skills and resources to manage an expanded access program? What is the company’s relationship with the regulatory division of FDA, as each division is different? “There are so many factors, and in my opinion, there is not a single answer,” he stated.

I asked Moch whether setting a high bar for access to a drug, excluding all but the most serious cases, would work.

“Well, no,” he responded. “The problem is that most criteria have an element of arbitrariness that is going to be challenged. For instance, you say it’s only for 18-year-olds and over, but then a 17-yearold shows up, and you bend the rules. What then for a 16-year-old? I don’t think there are any bright lines in the decision-making process.”

Throughout our conversation, he emphasized that each company needs to think through every parameter of its expanded access strategy. This includes the option to simply not make a drug available. A company may have to consider expanded access. There may be concerns such as the potential for unanticipated side effects, but there are issues of equality of access as well.

REGULATORY AUTHORITY AND THE RESPONSE TO SOCIAL MEDIA
In the coming years, drug developers will grapple with a wave of new regulations. Eight states have now passed “right to try” laws. Their premise is that access to experimental medicines is a “fundamental right.” It clearly is a desire, but is it a right? One assumption of “right to try” supporters is that an experimental medicine’s safety profile is fully known after Phase 1. Moch asserts that this is simply not the case. Moreover, the request for a drug may be for an indication other than the primary clinical testing focus. Very little may be known about how the drug will work in these terminally ill patients, increasing the risks to the survival of the clinical development program. Management teams will have to balance the immediate need of a patient versus the needs of many future patients.

According to Moch, none of the laws being considered can force companies to give out the drugs in question; rather they are essentially “right to beg” laws, in the words of bioethicist Arthur Caplan. The “right to try” simply says the patient has a right to ask. Doctors are indemnified, so they are not liable for any untoward results.

In the Hardy case, Chimerix had been in conversations with the FDA about adenovirus when it started the new Phase 3 adenovirus trial. This is an important distinction. Chimerix’s outcome is not representative, and Moch does not think it should be used as an example of what can happen in the future. Nonetheless he cites some fascinating learning experiences. He feels that he built a positive relationship with the person who led the social media campaign, who had stated that it was his intent to destroy the company and Moch along with it if Hardy had not gotten the drug. After the Hardy campaign, Moch’s adversary was asked to be an arbiter of several similar cases. As other families came to him, he realized that he was now making life and death decisions. So he came away with a completely different attitude.

“The problem is that under the glare of social media, you can state a thoughtful, ethical position, but few people care. People just want the drug right now,” Moch concluded.

HOW TO TALK TO THE PUBLIC
We then discussed the level of sophistication of the patient advocacy groups. Do they understand the complexities of these issues?

Moch observed that patient advocates and advocacy groups run the gamut in their understanding of the drug development process. Some are well-versed, driven by science and logic, while others feel the only way they can make their point is to take extreme positions. This variability may be seen even in different groups that focus on the same disease.

He mentioned the example of the history of HIV therapy. Some of the AIDS advocacy groups realized that if everyone got experimental drugs, it would have made clinical trials and the ultimate approval of drugs impossible.

But will social media, because of its emotional power, always win out? Doesn’t this mean there’s a whole new set of problems?

"Under the glare of social media, you can state a thoughtful, ethical position, but few people care. People just want the drug right now.

Moch does not believe so. He feels that every company must prepare, and every situation is likely to be different. In the Hardy case, which was the most aggressive use of social media to date, Moch learned in hindsight that several of the advocates were trial lawyers, and their absolute intent was to demonize and vilify in order to get the drug.

“They did not give any credence to the concerns about risks to the drug development process. Look at it this way — what if a patient in an expanded access program suffers a very bad outcome?”

Moch believes that Hardy’s case was special in that he had a rapid and positive response, but what would have happened if he had had a rapid and negative response? How would that have affected the public perception of the drug? If clinical development were slowed because other patients declined to enroll in a trial, then the company has made a life-and-death decision affecting future patients. If he had succumbed, would that have negatively affected the view of the drug?

These questions will be confronted in the years to come, but we concluded the conversation by discussing Moch’s plans for the future.

“I have been fortunate that five of the six companies that I have been with were successful. I am continuing to look for an opportunity, not a job. There are lots of jobs, but few opportunities.”