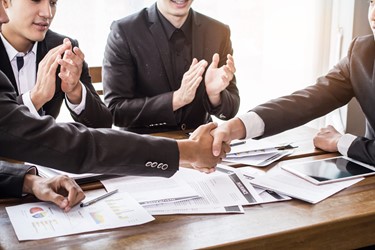 Pittsburgh-based LifeX Labs hosted some 40 leaders from regional biotech startups this week as part of its Fall 2019 Speaker Series (hosted by Medix). Jason Ruth, Ph.D., Senior Associate at Boston-based 5AM Ventures, was the guest of honor.

Ruth gave a 30-or-so minute presentation before graciously, and transparently, answering another half hour of questions from a very engaged audience. Here are the highlights.

Ruth said it’s high times for biotech investments, citing JP Morgan stats that peg 2018 M&A activity in the space at $89 billion, up from $72 billion in 2016. He cited genetic therapies and an accommodating FDA as driving forces behind the active market, pointing out that the FDA approved 59 drug products in 2018, up from 46 in 2016, and that 64 percent of those approvals came via Fast-Track or Breakthrough Designation status. Ruth also pointed to strong IPO activity heading into 2019, though he acknowledged that some macro pressure, including election-year politics and downward price pressure, have contributed to an IPO slowdown this year.

What are VC firms like 5AM looking for in the next addition to their portfolios? Here’s the best advice Ruth shared during his talk at LifeX Labs.

Like that developer, many biopharma startups are launched by lab-level scientists who don’t do enough homework on the business viability of their scientific concepts. Ruth says before you pitch, you should be prepared to demonstrate a thorough understanding of your:

On that latter point, Ruth says talent acquisition and retention is an incredibly limiting factor on the drugs-to-development timeline. Many emerging biopharma companies struggle to staff up with scientists boasting more than 6 months of experience, and that’s another factor VC firms take into consideration.

Ruth’s presentation marked another bright spot on the growing Pittsburgh biotech scene, and he made note to let those in attendance know that 5AM ventures is keen on innovative emerging companies anywhere—not just in its Boston and San Francisco home bases.

To stay up to date on event programming from LifeX Labs, check out its events calendar here.