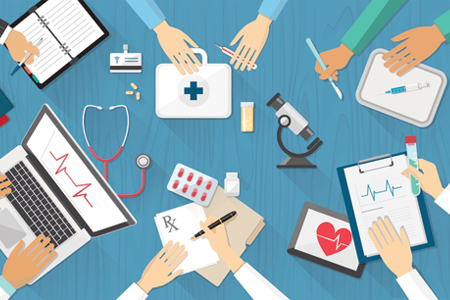 Having spent more than 11 years at Genentech, Joling Mew has heard a lot of industry discussion about patient-centric trials. Mew is development excellence leader in product development and also works closely with the Strategic Innovation Group. Her responsibilities include leading cross-functional, strategic business initiatives with the goal of driving innovations that will transform the drug development process. In response to the patient-centric buzz, Genentech is testing a new model for clinical trials. And Mew believes it has the potential to transform future studies.

“It is a model that puts the patient at the center of the trial, and its success relies on the patients partnering with us,” she says. “Almost everyone, at one time or another, has gone online to search for healthrelated information. Most everyone also considers their primary care physician to be a trusted partner for managing their health. Both of those factors are relevant to the model we are testing.”

Mew notes the current investigatorcentric model for trials is slow, especially the time it takes to identify and activate sites. The current model is also often inaccessible to a majority of patients with the target ailment. This is where the Internet and mobile technologies have the potential to transform the way sponsors design and conduct clinical trials.

“Our ultimate goal was to make it easier for patients to learn about and participate in trials,” says Mew. “Rather than a sponsor taking the traditional approach of activating trial sites and then having those sites recruit patients, we want to find the patient first and then activate the patient’s local care circle.”

BECOME MORE PATIENT-CENTRIC
The Internet, along with the growth of biosensors and mobile health devices, created the opportunity to decentralize the process and move from a model that is investigator-centric to one that is patient-centric. Still, for a trial to be successful, Genentech knew it would have to effectively engage with, and mobilize, a patient’s local healthcare ecosystem.

In the new model, the process starts with selecting a central principal investigator (PI). This PI has oversight of the entire clinical trial and performs some of the oversight activities remotely, if needed.

Patients are then recruited directly via digital platforms, through their physicians and through patient networks, regardless of their geographical location. Once patients have been identified and express an interest in participating in the trial, they engage their physician, and their local healthcare system is activated. According to Mew, this streamlined process facilitates a patient’s participation in the trial since their doctors and other local providers, such as labs or imaging centers, perform many of the assessments and procedures.

Throughout the process, the PI still maintains overall accountability for the trial and treatment decisions according to Good Clinical Practice (GCP). This includes obtaining informed consent and assessing inclusion and exclusion criteria. “The patient’s physician is already performing personal care functions, such as physical exams, that we often have to perform in our studies,” states Mew.

Mew references the PIVOT (Patientcentric Innovative Vision hOme Testing) study, one of three pilots that Genentech is currently running to experiment with the ideas of this new model in a lowerrisk environment. The PIVOT study is targeting patients currently being treated for DME (diabetic macular edema) or wet-AMD (age-related macular degeneration), two ophthalmology indications. The study involves asking patients to use two mobile phone apps, one that was specifically designed for the study.

With the decentralized arm, all recruitment is performed online via digital media such as Facebook, Twitter, or LinkedIn. Once a patient learns about the study, they go to the study website, where they complete the screening and consenting processes. Patients who successfully qualify are sent an email informing them of next steps, such as how to download the apps required for the study.

In the control arm, the investigator, who is an ophthalmologist, recruits from his existing patients based on eligibility, and the site staff guides the patients through the consenting process.

In both arms, patients see their ophthalmologist for standard care. During these visits, ophthalmologists are asked to provide Genentech with visual acuity data via the study-specific mobile app. Patients are also asked to test their vision at home twice a week and submit data using an FDA-approved mobile app for vision monitoring.

ANTICIPATE TRIAL CHALLENGES
This new model will not come without challenges. For example, Mew knows that with consent and other processes being performed online, patients have minimal personal support if questions arise. To overcome that issue, in the PIVOT study patients are provided with phone and email support. But that led to another concern: Would patients actually take the time to call or email a contact? And, if they eventually got their question answered, would they go back to the online form and complete it?

Although those questions have yet to be answered, Mew notes those concerns did make the team more aware of the type of information they were distributing. It also made her realize the importance of properly presenting and communicating information to trial participants.

“By cutting down on the number of potential questions, we felt we could prevent patients from having to take time away from completing activities online,” she says. “We kept asking ourselves if we were communicating the information in clear and simple-tounderstand language, and if we were including all the relevant information that would help patients decide if the trial was right for them.”

Another challenge was whether a physician would be willing to support patients in this decentralized model by providing standard of care assessments and performing data entry activities otherwise done at an investigational site. In the PIVOT study, the team wanted to collect visual acuity data from the patient’s ophthalmologist, who would normally be gathering the information anyway, by requiring the physicians to enter the data into the study-specific mobile app. To gauge the level of interest in doing this, Genentech performed a survey of ophthalmologists.

Ophthalmologists were presented with the scenario and asked if they would be willing to supply data in support of their patients. The results were encouraging, with the vast majority surveyed saying they would provide the data.

THE LOGISTICS OF REIMBURSEMENT
Mew’s team wanted to simplify the entire process for both patients and physicians. So a method had to be devised that would compensate the doctors for their time and effort – a standard practice for all clinical trials – while keeping the workflow simple.

Mew looked at two main options. The first involved compensating the patient to cover those extra costs, and letting them reimburse the ophthalmologist. That would place accountability on the patient and eliminate the need for a contract. However, that could also create an awkward conversation that many patients might not want to have with their doctor.

The second option involved directly reimbursing the ophthalmologist. It would eliminate the patient in the reimbursement process but would also make the study a bit more complicated. Genentech flirted with the first option, but ultimately opted to go with the second. It would keep patients out of the payment loop and allow Genentech to have greater oversight of the entire process. The team then decided the contract with the physician would also be made available online.

“Some readers might question whether we are trying to do too much with the technology in this pilot, but we really wanted to push the envelope,” states Mew. “In testing the decentralized clinical trial model, we wanted to understand how willing patients would be to drive the process and conversation with their physicians. By putting everything into a mobile app, we wanted the patients to be able to walk into their physician’s office with their cell phone in hand and say, ‘This is what I want you to help me with. I need you to input the data here, and I need you to sign this contract.’ Everything they need would be right on their smartphone.”

Since physicians would first be notified of the trial via their patients, Mew also wanted a convenient way for patients to initiate the conversation. She opted to provide a patient packet that contained, among other things, information about the study and a letter the patient could hand to their ophthalmologists. The letter describes what their role would be in the study and what they were being asked to do. “If that physician is a trusted partner, this should be an easy conversation for the patient to have,” says Mew.

WILL PATIENTS PERFORM HOME MONITORING?
A critical component of the trial involved patients performing monitoring at home. For the Genentech team, the question was whether patients would be compliant with checking their vision twice a week using an app that has been cleared for use by the FDA. 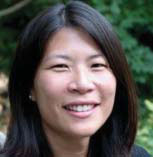 "Our ultimate goal was to make it easier for patients to learn about and participate in trials."

For Mew, this concern really revolved around compliance. It was vital that patients complied with the self-testing requirement, since it was a primary endpoint for the study. If the tests could be performed at home, they could reduce patient burden and hopefully increase retention.

“Patients using mobile technologies at home greatly reduce many of the logistical challenges which exist in trials,” adds Mew. “That is one of the factors that fueled our desire to undertake this effort. Patients may still have to travel, but maybe not as far or as often, and they are still a central part of the trial. This is something we seemed to keep hearing about from patients.”

This new clinical trial model has the potential to not only reach more patients and digitize much of the process, but ultimately be a more cost-effective solution to the standard clinical trial practice. “This study will not be easy, and it is certainly not a slam dunk,” Mew states. “At this time we do not know if it will work, or if it will be the best model to use in conducting this type of study. But one of our reasons for doing this is to try to figure that out. In about a year, I hope to be telling you what we learned and whether or not it was a success.”