Inhibiting NOX enzymes back to normal levels may forestall the ravages of reactive oxygen species in multiple diseases. 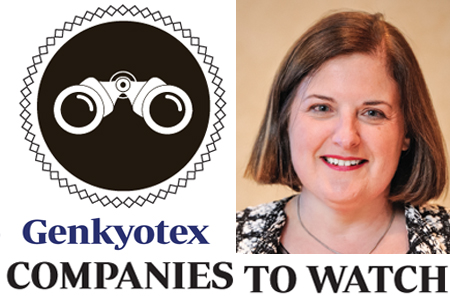 Genkyotex has discovered and is developing a range of compounds to inhibit a family of enzymes called NADPH (nicotinamide adenine dinucleotide phosphate) oxidases, or NOX, which when elevated above normal levels, have pathological effects in a host of disease areas, including diabetes, kidney disease, cardiovascular, CNS, and various fibrotic and inflammatory conditions. Its lead compound has just completed a Phase 2 trial in diabetic nephropathy.

WHAT’S AT STAKE
Oxygen, like fire, has two faces, one life-giving, the other destructive — breath or rust. And so it is with the multitude of molecular species of oxygen coursing through our bodies along physiological pathways. A small fire lends warmth; a large one, raging out of control, wreaks pain and even death. Genkyotex turns that metaphor toward a constructive purpose; the company founders built upon the discovery of NOX enzymes in the early 2000s by elucidating seven different NOX isoforms and eventually launching drug development programs among the first five, which all play a positive role in our health at normal levels but aggravate a variety of disease states when overexpressed. Essentially, the scientist-founders searched for and discovered NOX inhibitors that return expression to normal levels.

“NOX enzymes produce superoxide and other down-stream reactive oxygen species [ROS], which normally have a basal physiological role, but under certain conditions the enzymes cause overproduction of ROS, leading to major pathological effects,” explains the company’s CEO, Ursula Ney. “Overexpressed ROS can cause the oxidization of proteins, including DNA, and have a negative effect on multiple signaling pathways. Our NOX inhibitors interrupt and modulate ROS overexpression and thus the pathological mechanisms.”

In some cases, Ney says, more than one NOX enzyme is involved in the pathology of a disease. “We have a unique assay platform that allows us to screen against each of those enzymes for activity, which means we can design molecules with the right profile of NOX inhibition to target a particular disease.” Genkyotex’s lead compound, GKT137831, now having completed a Phase 2 trial in diabetic nephropathy, inhibits NOX 1 and 4. A readout of the trial results is due about the time this column goes to press.

The range of diseases potentially amenable to NOX inhibition is really quite remarkable. The company is also investigating GKT137831 and another NOX 1/4 inhibitor, GKT901, for treating various fibrotic and inflammatory conditions, and its early stage pipeline includes a NOX 1 inhibitor targeting atherosclerosis and other vascular conditions, colon disease, and Parkinson’s, as well as a NOX 2 inhibitor versus CNS conditions.

“NOX 4 is important in the fibrotic process,” Ney says. “NOX 1 and NOX 4 are also important in the associated inflammatory process, which amplifies the fibrosis, regardless of the organ. We have data in liver fibrosis, including NASH [nonalcoholic steatohepatitis], and in lung fibrosis. So with our lead molecules, we have a really strong opportunity in a broad range of indications in fibrotic diseases.” Safety has not been an issue up to this point. As with other inhibitory drugs, such as anti-TNF, the Genkyotex compounds appear to return the targets to normal levels rather than below them.

Besides pursuing the lead indications, the company’s strategy includes broadening applications for its NOX 1 and 4 inhibitors as well as determining potential indications for inhibitors of the other NOX isoforms. As it looks for industry partners and contemplates a public listing, Genkyotex continues to receive significant support from an impressive array of investors and non-equity funders. Research partners include the Neurinox consortium, drawing on €1.2 million in funding from the European Community to study the role of NOX enzymes in neurodegenerative disease, particularly amyotrophic lateral sclerosis (ALS), and the Juvenile Diabetes Research Foundation (JDRF) in the United States, to subsidize work in diabetic nephropathy.