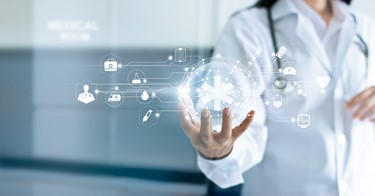 The bill seeks to garnish a percentage of the profits of certain pharmaceutical companies that settle allegations of criminal wrongdoing with the federal government, and it calls for that money to be appropriated to NIH and FDA.

The bill’s sponsors use different language. The Warren-released press release announcing its reincarnation puts it this way: “The bill … would increase funding for critical medical research by requiring large pharmaceutical companies that are accused of breaking the law and settle allegations of criminal wrongdoing with the federal government to reinvest a small percentage of their profits in the (NIH) and the (FDA).”

The NIH and the FDA do work that deserves the kind of healthy budgets and responsible financial stewardship of those budgets that drive American pharmaceutical innovation. But the overt inferences in the talking points of this bill are problematic, and there are devils found in the bill’s details.

Bills like this make beautiful fodder for election year politicking to the general public. Its original 2015 pre-election timing was no coincidence, and neither is the timing of the bill’s resurrection. The implications on the business of pharma, however—and biopharma in particular—are dangerous. It’s overreach and duplicative inefficiency for the federal government to legislate additional profit garnishment on companies that have already reached settlement agreements with that same federal government through proper legal challenges. Perhaps the solution is to negotiate the desired NIH/FDA funding into those court-managed settlement structures, rather than create an altogether new and inefficient layer of opportunity for the federal government to double-dip.

NIH and FDA do important work that requires more funding. Big pharma must be held accountable to ethics and regulatory bodies. But, I’d prefer to see progress on both fronts take place through negotiation and civil discourse, absent of charged election year legislative proposals.