Is China Casting Shadows On Other Opportunities In Asia Pacific?

Some came looking for a prevailing regional paradigm to hang a hat on, others for specific country advantages and market idiosyncrasies, and maybe most of all, insight into selecting partners and service providers. 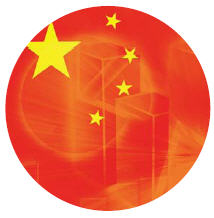 It’s the final session of the two-day, inaugural Outsourced Pharma West (OPW) conference in San Francisco in November, and it’s packed. The aim is an elucidation of the Asia Pacific (APAC) region for biopharma companies of all kinds.

We may have missed the mark. That is, unless all along, the mark really was China.

Two experienced China veterans sit on the four-member panel: one an entrepreneur/ consultant, the other an entrepreneur/ executive currently at a biotech in San Francisco. The other panelists are from a global analytical services company headquartered in Europe and an India-based outsourcing service provider. The discussion is lively and informative and focused on China. At the conclusion, the buzz among the panel and attendees is that the session was a success.

Still, I’m a bit disappointed. However, the wise moderator, Ken Shultis of Rondaxe Consulting, said to me with a wry smile, “What did you expect?”

In a word, options.

ASIA PACIFIC OPTIONS
For example, I’ve written about the biopharma outsourcing services industry and healthcare markets in Indonesia, Malaysia, and Singapore, the latter where a well-known pharma executive at OPW told me he runs into more biopharma executives here than at any other location in the world. In Indonesia, there is a growing CMO industry with hopes of moving into drug discovery as well. GlobalData (London) forecasts the Indonesian pharmaceutical market will climb to around $10 billion in the next five years.

There’s South Korea, home to “KPharma” companies like Dong-A, Green Cross, Hanmi, LG Life Sciences, and Samsung Biologics, from all reports looking actively for foreign partnerships, inlicensing, and other opportunities. LG and Samsung are following the road map to global relevancy drawn by successful electronics and automobile conglomerates. South Korea is home to pharma service providers, a healthcare system primed for clinical trials, and a growing pharmaceutical market. And by the way, Korean companies have close ties and valuable relationships with their Chinese neighbors.

We can mention Taiwan, with a growing biology sector, the Philippines and Vietnam for emerging drug sales opportunities and service providers.

And there’s Japan, always in the mix and for years playing a positive economic role throughout APAC. For much of Big Pharma, Japan remains one of the largest sales markets. If anyone anywhere — from virtual biotech to established players — is not involved in Japan or a Japanese entity of some kind, it isn’t for want of trying. China gets most of the publicity nowadays, but Japan remains the second largest pharmaceutical home-market after the U.S. and has its own breed of (increasingly aggressive and global) big and specialty pharma.

Oh, and add Australia, the “Western” APAC country and a growing global model for drug discovery partnerships between academic-led research and industry. Big Pharma in the U.S. and Europe grow more interested in the down under every year. New Zealand has some opportunities as well for those looking for APAC partners or regional launching pads.

And finally, depending on the geographic definition of Asia Pacific, there’s India.

Throughout 2014, I wrote many articles on the Indian pharma and services industry (as my publisher reminded me from time-to-time). But it’s that important. India is an undeniable powerhouse in the biopharma outsourcing industry and an accelerating drug home-market. Yes, there was too much negative news out of India in 2014, and serious challenges remain, from compliance to final quality to IP.

Nonetheless, facts are facts: Over 500 Indian facilities are registered with FDA, the highest number for any country outside the U.S. Indian companies accounted for 39 percent of all abbreviated new drug application (ANDA) approvals in 2013 and accounted for 40 percent by volume of U.S. generic drug imports in 2013. Plugging into India could prove valuable.

So there are options for Western researchers and companies in APAC. To be fair, our session at OPW touched on some of these countries and topics, particularly Japan; to have covered them all would have taken a full day. (Hey, that’s an idea.)

CHINA, CHINA, CHINA
However, for the most part, our OPW session was focused on China. And, of course, that mirrors what we experience everywhere nowadays.

Perhaps due largely to a growing familiarity with the subject, we often talk about China as a typical capitalist country with an emerging (and potentially huge) healthcare consumer population, open to the global pharma industry and home to competitive biopharma service providers. Opportunities seem limitless. But there’s a need to add levity, some would say reality, as a few attendees actually did at the conference.

As I recently wrote in an article for Outsourced Pharma, we’re reminded of “the lucrative — some say anticompetitive, anticapitalist, and unfair — benefits handed down from Chinese government at various levels, including subsidizing facilities and tax breaks.” Strategies at all Western companies, vis-à-vis China, must take into consideration the current government mandate that new drugs for the Chinese market be manufactured domestically. And while some of the best outsourcing service providers on the globe are Chinese, we still recall news stories surrounding some suppliers, with one of the worst historic examples — the heparin contamination tragedy that led to patient deaths globally.

Intellectual property issues can’t be swept under a rug like so many CD-ROMs crushed under bulldozers to demonstrate new attitudes. And while China is now one of the world’s largest stock markets, it’s “largely closed to foreign investors,” according to The Wall Street Journal.

None of this implies the China juggernaut in the biopharma industry is slowing down precipitously. Hopefully, there are some different directions taken there. But the above should provide Western companies a measured dose of caution along with the great excitement for China and precipitate a closer look at APAC options, should they make sense.

Countries throughout APAC provide the advantages of outsourcing service prowess and differing cost models. There are university-based research partners (every year standardized measurements put Asian countries at the forefront of educated students in math and science). Discovery and development relationships are possible with a growing list of pharma companies. Many of these options also include established relationships with China.

And this brings us back to our conference.

AN AURA OF INEVITABILITY
For me, the most interesting dialogue at the APAC session at OPW was between two audience members. It started with a quality management professional from a Europe-based pharma company asking the panel a question regarding the biologics market, quality, and IP in China.

Basically, the consensus answer was “Biologics will start to grow as the small molecule sector has, IP is under control, and anyways you [presumably all the biotechs and biopharma in the room] have to be in China.” The advice? “Pick your Chinese partners wisely, and monitor them closely. You really can’t do this [enter China] alone.”

Fair enough, I suppose. But here’s the interesting part. A few minutes later, a second person from the audience, from a Chinese biologics company headquartered in a Beijing “free trade zone,” then directly questioned the Big Pharma quality management professional. Paraphrasing, the scene went something like this:

“I’m literally just back from China,” the audience member said proudly. “I happen to know your company was going to put a major biologics facility in China for a specific drug with a potentially large market, but you decided to build it in Europe. Why would you do that?”

If the Big Pharma rep was surprised by the question, it didn’t show. “I wasn’t a part of that strategic initiative,” came the reply, “but I’m sure there are solid business and other reasons why we felt this is better for global patients and markets.”

Our moderator then adroitly used this to move back to the panel for other elaborations.

Why is this particular piece of dialogue important?

To begin with, it demonstrates the value of a conference that brings a wide slice of industry professionals together and facilitates open discussion. Core feelings and attitudes break through, showing sentiments often hard to gain or gauge in any setting.

But the real importance resides in the implications of the panel and the questioner: “You simply have to be in China,” seems to be the first. The second is, “How could you then have the audacity not to select China?”

When assumed inevitability becomes a driving business strategy, companies may not make the best decisions. In fact, particularly for Western-based virtual companies, biotechs, or specialty pharmas, this certitude does not exist. If partnering in China or utilizing Chinese service providers is not the right strategy at this time, there are abundant global options, including in APAC.

I last thought about the idea of inevitability. Chinese consumers and businesses grow in their understanding of global markets. If, in the near future, a new drug on global markets is treating or curing patients of a major disease throughout the rest of the world, will the Chinese government be able to exclude its own people because of a home-manufacturing law? Rather, something will have to change, and hopefully well before we get to that scenario.

SUCCESS AFTER ALL
Going back to the European Big Pharma challenged above for not locating a facility in China, I recently learned it is locating a new innovative drug research center … in Japan. Here’s hoping all APAC countries can avoid shadows cast by China to develop their own markets and freely partner, even as that country takes its place as a major player on the global pharmaceutical stage.

In hindsight, our session at OPW did pierce the notion that APAC has a single premise to which business and scientific strategies can easily be drawn. The real opportunities for scientific and technology partnerships, licensing (in and out), and sales and marketing are revealed within the details of each country. Companies should explore opportunities in China and participate when it makes the most sense. It could very well be the grand prize. But the same should be done for other countries in APAC. They may end up being personal prizes along the way.

OPW set a framework to facilitate open expression from a wide cross-section of industry participants. We got that, and attendees went home with much to reflect upon, maybe particularly from the closing session on APAC. Come to think of it, it was a big success. As for me, I guess I just need to loosen up a bit.