It's Not The Tool, It's The Technique 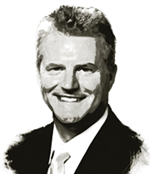 My son plays on his college’s golf team. In the fall he was struggling with his putting. What is the obvious solution needed to fix the problem? Why, to buy a new putter of course. It could not possibly be anything to do with the technique. It must be the tool. Many of you who are golfers are smiling as you read this because you know you have taken the same approach in trying to improve your game. However, you don’t have to be a golfer to understand this concept, and it certainly doesn’t apply to just your hobbies. “Show me a cool tool; let’s go buy a model and it will tell us the right answer,” says biologics manufacturing veteran, Andrew Skibo, who sat down with me to explain the nuances of applying a risk-based approach to plan for biologics manufacturing in this month’s feature article on page 24. Taken out of context, you would think, “Ah, Skibo must be a golfer.” But the regional VP of supply biologics, global engineering, and real estate at AstraZeneca (AZ), whose hobby of choice is actually sailing, was being facetious. He soon clarified the statement with the following words of wisdom, “If you don’t first understand how the plant runs, you shouldn’t touch the model.” In other words, before you throw people or products at a problem or an opportunity, seek first to understand the process.

There is little doubt that the technology and tools of today, such as software, computers, or even golf clubs, are significantly superior to those of just a few years ago. Though all hold the potential to dramatically improve performance, more often than not, they fall woefully short achieving the anticipated ROI. Why? Well frequently, it is the result of our being so busy trying to complete various tasks that we don’t slow down long enough to think about how to best approach a problem or capture an opportunity. For example, many golfers have dropped a few hundred dollars on the latest, greatest, humongous-headed driver thinking this will straighten out their shots off the tee. The research employed was a sample size (n = 1), as in, they tried a friend’s club on just one shot and hit it straight and true, failing to consider the possibility of the halo effect being at play. Instead of seeking a quick fix, slow down to determine a better long-term solution and apply a measured approach to its implementation.

When Skibo and his team began change management at the Frederick plant, they decided to take the foot off the accelerator and be more measured in implementation. Though in theory, all of the changes could have been made in four months, Skibo and his team felt this would have increased risk and stress. “I want the running of this plant to feel like deep breathing, calm and collected, not like a bunch of ants running around because the hill just got kicked over,” he analogizes.

As for tools that can improve you as a technician, Skibo has a few simple ones, such as the Myers-Briggs Type Indicator (MBTI) personality test. Though it is very common and fundamental, he admits to using MBTI extensively. The better you understand how your team thinks, the better able you will be to communicate and gain buy-in. Another tool he recommends is even more fundamental — the telephone, along with the knowledge to use it. “You can learn a lot by interfacing with your peers,” he testifies. My son agrees. For instead of taking the quick fix, he asked one of the best putters on the team for help on fixing the technician and not the tool.