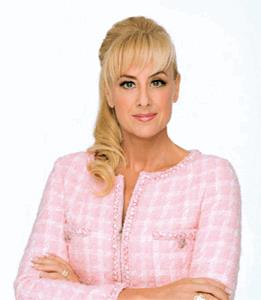 When you talk to Dr. Mireille Gillings, the founder and executive chair of HUYA Bioscience International, her enthusiasm and passion for drug development is clearly evident. During our discussion, Gillings explained why she believes her company has a unique business model that can reduce the risk of drug failure and development time as well as the cost to get a new drug to patients. By tapping into medicinal discoveries taking place in China, she is able to in-license the innovative candidates and develop them outside of China in the U.S., Europe, or the rest of Asia.

“HUYA performs discovery differently by not having the bricks and mortar and related overhead that go with it,” she says. “Instead, we work with innovators who are located in China. Many of these researchers, called ‘sea turtles’, were educated in American and European universities but returned to China to conduct their research and development in their native country.”

Innovative R&D in life sciences has been gaining momentum in the East, and China is currently leading the way as it supports research with government funding while also placing a high value on innovation. From the very beginning, Gillings had a vision of adding value to the wealth of therapeutic opportunities under development in Chinese institutes and universities. HUYA identifies the most promising preclinical and clinical stage compounds for licensing and then leverages and extends the research efforts of those partners. In doing so, the company provides a bridge to development efforts in global markets. All of the candidate compounds are evaluated through a rigorous process in China by HUYA. More importantly, the company’s relationship with Chinese partners provides HUYA with an ever-increasing continuous source of compounds for the future.

Overcoming Regulatory Hurdles
HUYA focuses on oncology and cardiovascular disease. In the oncology space, the company already has two licensed programs in development. For the lead program, HUYA met with the FDA for a pre-IND (investigational new drug) meeting, and the agency agreed to accept the data provided by Chinese researchers.

Gillings also has had success in leveraging the Trilateral Cooperation Secretariat, an agreement signed in 2004 between China, Korea, and Japan to promote cooperation among the major countries in Asia. A key part of the agreement addresses each country’s different requirements for regulatory approval of clinical trials and new drugs. In China, for example, it can take longer to get a compound into the clinic. “This reflects the larger preclinical data package the CFDA (China Food and Drug Administration) requires before approving the start of clinical testing,” notes Gillings. “In the U.S., we have the opposite situation in that toxicology studies, for example, are generally less involved and less time-consuming than they are in China.”

The Trilateral agreement circumvents these differences by allowing research data from one country to be shared among the three nations. This shortens the regulatory timeframe for getting a compound into a clinical trial in a partner country, since data no longer needs to be duplicated in another country to gain regulatory approval to proceed into clinical testing.

According to Gillings, HUYA was the first company to leverage the Trilateral agreement. The company took Chinese data involving HUYA’s lead oncology compound called HBI-8000 and presented it to the Pharmaceuticals and Medical Devices Agency (PMDA), which is part of the Japan Association for the Advancement of Medical Equipment (JAAME).

“After seeing the clinical data from China for the treatment of lymphoma, the PMDA gave us an accelerated development path forward,” states Gillings. The result is that HBI-8000 is now about to enter a trial designed for approval in lymphoma in Japan while it is also in development in the U.S. for additional indications in oncology.

The Importance of “Scouts”
Gillings founded HUYA Bioscience 10 years ago and initially spent 80 percent of her time in China building relationships. Working alone, she reached out to as many innovators and researchers as possible across the country. Her primary goal was to locate potential partners and learn about projects they had underway.

“Because science is an international language, I was able to have meaningful conversations that enabled me to recognize innovative compounds that had the potential to become successful drugs,” she says. “All that legwork created an effective network that ultimately allowed the company to create a database that now includes more than 14,000 compounds. Today, this accounts for access to approximately 55 percent of the drug innovation currently in China. HUYA’s operations have grown and are now supported by the eight offices in China, including Beijing and Shanghai.”

The company has close to 100 employees in China that Gillings refers to as “scouts,” who tend to be PhDs and medical doctors (90 percent of scouts have advanced degrees) and who are responsible for locating the compounds that will result in HUYA’s future success. “Our scouts essentially expand on what I did initially when the company began,” notes Gillings. “They build individual relationships with scientists in China by talking about science one-on-one with the innovators.” The scouts have helped HUYA establish 114 “first-look” agreements with top-tier institutes and universities, giving the company first access to any innovative compounds in development.

Gillings generally looks for compounds that are IND-ready and about to enter a Phase 1 trial, preferring drugs that are at an earlier stage of development. By in-licensing such candidates, the company acquires rights to the products for global development. For a compound like HBI-8000, HUYA owns the worldwide rights outside of China. This means that the university, institution, or biotech company that discovered the compound retains development rights in China, allowing them to retain the value created within their country.

Gillings adds that the relationship doesn’t end with in-licensing. HUYA continues to collaborate with the innovators developing their compounds in China by providing valuable guidance that helps advance drug development. In fact, HUYA has an in-house development team that includes multiple international advisors with expertise spanning all aspects of drug development and commercialization. It also has preferred CROs that it works closely with globally, enabling HUYA to operate more virtually and with less investment of time and money than a traditional pharma model. “We maintain control over development and are intimately involved with the design and oversight of each clinical trial,” explains Gillings. “Most of our preclinical work is done with Charles River Labs, while the clinical trials are performed by Quintiles.”

Knowledgeable Employees Are A Key Component
Today, HUYA has grown to nearly 150 employees, although with advisors and consultants, it has human resources totaling more than 200 people worldwide.

In addition, the company has become so well-known in China that researchers often reach out to HUYA before scouts make contact. However, this hasn’t changed the company’s review process. When an interesting compound is identified, the accumulated data package goes to the team in San Diego where another group of PhDs and MDs thoroughly review it. Ultimately, the strength of the data, market potential, and intellectual property are all considered when selecting products that have the desired profile for licensing.

Even when HUYA is presented with opportunities that are too early to in-license, the company still interacts with the innovators, advising them on how to best advance their candidates in development until the time is right to re-engage in licensing discussions.

Obviously the researchers and scouts at HUYA have to be well-trained in the drug discovery process. A single misstep in analyzing the compound, the data, or the market for the product can be costly to the company. For that reason, the team in China is made up of individuals who have experience in pharma and, specifically, clinical trials. “We have drug developers and bench scientists who help with all aspects of preclinical development,” states Gillings. “Many of our employees have previously worked for international pharmaceutical companies, and, therefore, they bring a valuable global development experience and perspective to China.”

She adds that the scouts need to understand the commercial aspects of the pharmaceutical industry, not just technology. Even if a drug candidate looks promising at an early stage, it doesn’t necessarily translate into future commercial success. “The market potential for a compound is as important as the science,” says Gillings. “We need answers to the following questions when making our assessments:

All of this is hard to predict when the drug is seven, 10, or 12 years away from approval.”

To answer these questions, HUYA’s international team has to work closely together, which means proper communication is essential. Thus, video conference calls take place every other day involving personnel in the U.S., China, Japan, and South Korea.

Different Paths Lead To International Scale
After the in-licensing process is completed, innovators continue to work on their compounds in China while HUYA pursues a course to approval outside China. The two paths may be similar, or they may pursue entirely different endpoints or even indications. Gillings sees this as a great benefit of the relationship. “Our mutual efforts become complementary as HUYA advances development globally to the benefit of the drug’s future within China,” she says. “This means innovation can reach an international scale through our partnerships.

The data gathered and shared by both entities is a time and cost saving for the partners. For example, if HUYA’s partner in China has data on dosing requirements, those tests do not necessarily have to be replicated by HUYA. “If you don’t have to test five or 10 different doses because you know which one works, that saves you time and money since you replicate the doses that work,” she adds.

"Other companies, and especially Big Pharma, will have difficulty duplicating the HUYA model because it takes time, dedication, and individual attention."

HUYA is prepared to take molecules right up through to FDA approval, but Gillings notes she would also be open to a Big Pharma company coming in and purchasing a compound her company is developing. In fact, the company recently executed one of the largest deals for a single oncology product in Japan with Eisai Co. Ltd. totaling $280M USD in milestones in addition to royalty payments.

A Model Difficult To Duplicate
When Gillings started the company, industry professionals seemed skeptical about looking for promising pharmaceutical products in China. Today, Chinese innovators have taken notice of the validation of HUYA’s business model.

Although more companies are now trying to source products from China, Gillings is confident that her first-mover advantage will keep HUYA ahead of the pack. The company’s one-on-one relationships with investigators across China take effort to maintain even with a large team. “Consequently, other companies, and especially Big Pharma, will have difficulty duplicating the HUYA model because it takes time, dedication, and individual attention,” says Gillings. “But the competition tells me we’re doing all the right things.”

She thinks the future looks bright with four compounds in development and a database with molecules covering 17 therapeutic areas, including oncology, central nervous system, metabolic, cardiovascular, and ophthalmologic diseases. Discussions are in various stages with innovators in all of those areas.

“My vision started with a simple desire to help patients, and it has grown into a more sophisticated strategy for accelerating the development of pharmaceutical innovation from China on a global scale. I believe we’re making a difference but will have to do even more in the future,” she concludes.