By Andrew A. Radin

In the 25-plus years since the modern Internet was launched we have seen virtually every industry evolve by leveraging the connected, global computing infrastructure we can now tap into any time, from anywhere. Today, advanced software programming tools like machine learning, massive data sets and cloud-based compute are making it easier than ever to rapidly launch and globally scale software-driven services without the capital expense that was once required..

The debate about whether or not software will eat drug discovery is not a new one and remains a topic that can raise voices. As a formally educated computer scientist and cofounder of a company focused on software-driven drug discovery, I come to the discussion with my own biases.

There is no shortage of software in today’s biopharma R&D organization. Cloud-based electronic data capture (EDC), laboratory information management systems (LIMS), process automation, and chemical informatics are just a few of the well-established tools that support R&D and have a meaningful impact. While software has become a vital assistive technology, we are just beginning to see how disruptive software-driven programs can be in driving drug discovery, particularly in the early stages.

A software-driven approach is fundamentally different from a software-assisted model. I often equate it to what happens when automotive engineers set out to improve passenger safety — they invent features like seat belts, airbags, and anti-lock brakes. Ask a computer scientist to improve passenger safety, and they replace the driver with sensors and software. Using software to solve a problem can present an entirely new set of ideas that may not have been conceived using traditional approaches.

Through my work, I regularly meet with IT and informatics professionals working within biopharma companies. What I’ve seen is that these teams and the tools they manage tend to serve primarily as an assistive resource to the discovery organization, but they don’t lead the research. That is, researchers are not leaving it to the software to deliver the idea; they are using the software to support an existing idea.

For many, surrendering to computer science runs counter to the traditions of academic biology and biopharma-based drug discovery. I recently met with a former head of R&D from a Big Pharma who responded to my pitch by telling me that, “chemistry is how we do drug discovery.”

Chemistry is an important part of drug discovery but it is not the limit of what is possible. For example, software-driven methods that integrate diverse types of data and combine sophisticated meta-analysis and machine learning methods to extract novel associations can facilitate approaches to drug repurposing that are too costly and time consuming via chemistry alone.

I’m not one to argue with the success this skeptic has had in the past, as he was responsible for many successful medications. Needless to say, he was highly doubtful that a software-driven Big Data approach could possibly work. After some convincing, we sat him down with our team, and in the course of a few hours walked him through our methods and results. It was exciting to work with him through his issues and show him what was possible. He left our office having been moved from skeptical to what I would describe as, cautiously optimistic.

I believe the biopharma industry, particularly early-stage discovery, is at a precipice not unlike those faced by other industries throughout history that grappled with innovation happening around them. While we are seeing more companies open up to the possibilities of software-driven discovery, many more remain unconvinced and continue to look toward big margin specialty drugs and financial engineering to drive growth. To me, those models are not sustainable and do not serve patients.

Not surprisingly, I see software at the center of a productivity renaissance in biopharma over the next decade. A software-driven approach can be used to algorithmically solve problems of complexity without bias, and will ultimately realize large efficiency improvements for the early-stage biopharma discovery organization through new candidate identification, de-risking and repurposing. With ready access to advanced computing technologies, cheap compute and virtually limitless molecular and clinical data, we now have a very real opportunity to lead discovery programs with software. Through machine learning, software-driven programs can provide a rigorous, unbiased way to predict which factors are relevant to a particular phenomenon. While a human’s assessment of relevance is inevitably influenced by prior beliefs, a computer does not privilege or discriminate against any correlations it finds. Thus, machine learning enables the discovery of drug-disease connections that researchers may have never considered on their own.

We are already using a new generation of algorithms to overcome these challenges through the mapping and simplification of large, diverse datasets into single biological models of disease in early-stage discovery. These models reduce the massive protein and drug interaction network into a summary of their essential features, and can generate a compressed set of attributes for each drug. These attributes can then be used to quantify each drug’s relevance to a specific disease, say Type II Diabetes, MS, or Parkinson’s, through powerful machine learning-based classification techniques.

In many ways, these kinds of software-driven approaches are doing what biological researchers have always done — analyze data that arises from experiments. What’s different here is that advances in statistical methods, algorithms, and cloud computing enable the software to do these investigations without bias orders of magnitude faster than by hand or with the naked eye. As researchers continue to publish large, datasets that capture drug interactions and molecular profiles of healthy and diseased tissues, computer scientists can expand on this work to find additional clinically impactful needles in these massive, complex data haystacks.

Last year, 45 new FDA-approved medicines made it to the pharmacy, but their price tags, especially those for cancer and rare diseases, were often more notable than their medical impact. The cost and timelines for getting these new drugs to patients were as expensive and painfully long as they have ever been.

Many of the hurdles that plague early-stage discovery today are addressable, and I’d argue solvable, with software. For drug discovery, there has never been a better time to make a bet on software-driven approaches. It has the potential to create meaningful efficiencies in discovery and lay the groundwork for competitive new business models where computational drug discovery firms could work directly with CROs to redefine the discovery landscape.

There is no question that we still have work to do and need more examples of how software-driven approaches are delivering a return-on-hype. But from where I sit, the data is there, our ability to deal with its complexity is there, and, the economics are now there. 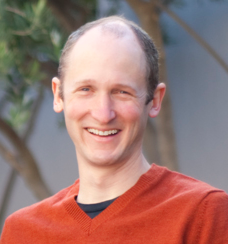 Andrew A. Radin is the cofounder and CEO of twoXAR, a software-driven drug discovery company. He studied biomedical informatics at Stanford University and holds Master of Science and Bachelor of Science degrees in computer science from Rochester Institute of Technology.