When project teams have an opportunity to compete for funding for what matters to them, the scientists start to think of new ways to improve processes toward more efficient pharmaceutical product development. 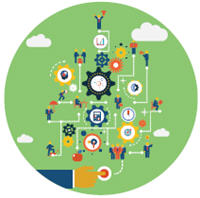 According to S. Joseph (“Joe”) Tarnowski, Ph.D., SVP chemistry, manufacturing, and controls Biopharm R&D at GSK, when project teams compete for funding what matters to them, the scientists start to think of new ways to improve pharmaceutical product development. Tarnowski created the Biopharm Innovation and Technical Excellence (BITE) Awards program within the organization. He joined GSK in 2010, and the BITE Awards officially kicked off in 2011.

“When you get into biopharmaceutical process development and clinical manufacturing, you are dependent on project teams that ‘own’ the project, funding the work we do in process development,” says Tarnowski. What is not otherwise available is money to do innovation and improvement, because such goals are normally supposed to have been done in the discovery and research phases. The BITE program would allow Tarnowski’s teams to get funding during the manufacturing stage, for example, to improve the process of producing pharmaceutical products for toxicology studies and clinical trials. Tarnowski had about 40 requests from his teams within GSK for these types of process improvement ideas, but had no budget for such work because the project teams hold all money. “It put me on the spot,” says Tarnowski, who found it difficult to evaluate the large number of requests to determine which goals would be worthy of pursuing. With so many disparate projects, Tarnowski was unlikely to have all the knowledge required to make all of the approval decisions. So he decided to make it a contest and organized a selection committee to represent a broad range of talents and skills ranging from manufacturing to discovery.

BITE AWARDS: IMPLEMENTATION AND EXPERIENCE
Tarnowski is on a committee that evaluates applications for BITE Awards and looks for innovative projects that have a broad range of applicability. This committee of 11 members includes heads of various departments in the company, including CMC (chemistry, manufacturing and controls), biopharmaceutical development, R&D, business development, patents/legal, and finance. Projects have to be cross-functional; they can’t just pertain to one particular silo of the company. They have to engage other parts of the organization. “We wanted to promote collaboration,” says Tarnowski. Additionally, projects can’t include the normal day-to-day responsibilities ordinarily considered to be part of the applicant’s day job. A broad range of projects has been proposed, including both those aimed at incremental innovation (i.e., stepwise improvements) as well as “moonshot” or “blue sky” projects (i.e., monumental improvements). “We are looking for breakthroughs,” says Tarnowski. “We often say, ‘Let’s change the way we do biopharmaceutical manufacturing, and let’s do it differently.’”

The application process requires a write-up of no more than two pages consisting of approximately 200 words describing the project and its purpose. Those who receive awards need to demonstrate ownership and responsibility. Furthermore, the idea had to meet the established criteria and come with a passionate chief investigator. The committee spots formulaic approaches such as submitting a lot of applications for a higher probability of success. “We see through that right away,” says Tarnowski.

The BITE Awards committee designed the scoring system to evaluate the applications. Each member of the committee rates and ranks each of the applications on their relevance and percent weight of importance on the following criteria: manufacturability (40 percent), innovation (20 percent), technological feasibility (30 percent), and time and resource requirements (10 percent). Each of the committee members enters a score of 1, 3, 5, or 10 for each criterion, and a weighted average is calculated. In 2014, a sustainability measure was added. The project received a bonus point (+1 added to the weighted score) if it addressed at least one issue that makes processes more environmentally friendly and reduces the carbon footprint. Subsequently, the committee ranks the proposals from highest to lowest total scores. Projects receive awards in that order until the cumulative budget for the projects exceeds the total budget allotted for that year.

Award recipients essentially run their own entrepreneurial businesses, including managing budgets and committing to timelines. Thus, they become teams in their own right. Furthermore, the company holds them accountable through quarterly meetings that serve as progress checks. Either the committee or the investigator can stop the project. “I have an easy way to monitor progress,” says Tarnowski. “I go to my finance director and ask how the spending rate is going for a project. If they are not spending at the rate they had projected, I know they are behind. I give them a nudge to start making progress and remind them that we reserve the right to cancel the project.”

Tarnowski says about half of the ideas concern “incremental” (i.e., relatively minor) process improvements, and the others show an ambition for making major breakthroughs that would revolutionize the way pharmaceuticals are manufactured. Some of the ideas are very risky. The committee does not award funding if it does believe the team can achieve the proposed technical advancement. However, the chief investigators have an opportunity to resubmit if they come up with a new idea or a “repackaged” previous plan. “Nobody gets too disappointed or feels slighted, because we do it with a spirit of taking ideas forward and doing what people want done,” says Tarnowski. “It energizes people, and the feeling of ownership is a huge benefit. It gives them a lot of pride.” Funding awards are typically around $100,000 for a project. “But they have to get creative about how they partner and get resources to help them do the work,” specifies Tarnowski. Awards go to participants both in the U.S. and U.K., as the company wants to balance the funding throughout the company’s geographic locations. This approach forces collaboration because they’ve got to bridge the international corporate channels.

As a working example of the value of one of the funded programs, Tarnowski shared a particularly fruitful rediscovery of a technology the company had that was “sitting on the shelf.” Some of the compounds they have were engineered to bind to the blood protein albumin. This protein serves the important function of binding to many molecules such as vitamins and other nutrients in the circulation. Accordingly, albumin also has been found to play a role in transporting drugs throughout the body, hence the idea to engineer potential therapeutic molecules to bind to albumin.

One of the BITE Awards programs was a project in which Tarnowski asked his development team and separation scientists if they could come up with a molecule that has albumin’s same kind of binding affinity. So they started reviewing some of the X-ray crystallography data (a method used to study molecular structure) and found that they had some spots on their molecules that looked as if they would have a high potential for binding to albumin. Subsequently, they reviewed their library of therapeutic compounds and found more molecules that had albumin-binding potential. “We turned those hits into molecules that we now want to immobilize on a chromatography resin. We want to set up a novel separation material such that drugs could now be purified in a novel way. We are having one of the big vendors in chromatography separation partner with us on this endeavor,” says Tarnowski. “We’re filing patents. We’ve found things that were completely unintended for this type of purpose, but by using good scientific methods, we’ve been able to find interesting molecules to do bioseparations."

"We often say, ‘Let’s change the way we do biopharmaceutical manufacturing, and let’s do it differently.’"

The albumin-like molecule Tarnowski described works well with one of their commercial products, Tanzeum, which is a type-2 diabetes drug. They validated their research by immobilizing the binding molecule on a column and showed that they could use the column to purify Tanzeum. The current process is to buy separation columns from other vendors. By inventing a new bioseparation method, GSK now may have a way to protect its processing science long term. The company may be able to purify many biosimilars and biogenetic products using their novel method.

Tarnowski gave another example related to the storage of proteins. “There is a dogma within the biopharmaceutical industry that protein-based therapeutics are very fragile and must be freezedried and stored at –70 C,” he explains. This practice is problematic, because it makes for a complicated and laborious supply chain. So one of the BITE Award programs looked at whether you could spray dry proteins and make them into a powder that could then be dissolved in a unique way and stored in the refrigerator or at room temperature. This new method avoids the complications and expenses associated with freeze-drying and storing at very cold temperatures. This method has been successful, and is starting to be industrialized. “You’ve got to test the old ways and ideas that nobody wanted to challenge, and this BITE program is the place to challenge them,” said Tarnowski.

Dr. Tarnowski also notes that a program of modest expense can yield a large improvement in process efficiency, which translates to cost savings. As such, he believes that management will continue to fund the BITE Awards.