A socially responsible company pushes for global affordability and practical access to its “third-world” vaccines. 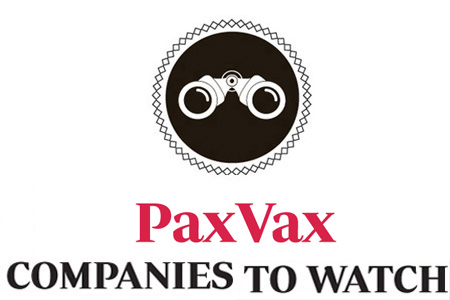 SNAPSHOT
Founded in 2007, expressly “in response to the global threat of the H5N1 pandemic,” PaxVax is developing its new vaccine technology “in a socially responsible manner for global impact.” Its pipeline includes vaccines for some of the most virulent global threats such as hepatitis, cholera, and typhoid, using the travelers’ market to support access to its vaccines in poor countries.

WHAT’S AT STAKE
Somewhere “out there,” others of our species are suffering strange diseases. Do we care? As a whole, we do not. Or not enough of us do to make a difference at the scale of the afflicted. Only lately has it dawned on the West that those diseases can travel, and they’re coming our way. It was once the other way around — our civilization brought plagues bred in European cities to the shores of what would become European colonies. Now, it seems, the tide has turned; visitors from those shores bring new microbial threats to our cities, as do our own international travelers returning home.

You’re frightened of Ebola? Meet cholera, typhoid, dengue, flu, and HIV, among other, even tougher customers. What is the ideal protection from those “foreign” threats? In large part, despite vast improvements in treatment, the best solution is still vaccination — vaccination that is practical and affordable for the populations in whom such diseases frequently thrive. That is exactly what attracted me to feature PaxVax in this Companies to Watch edition.

First, I wanted to know why and how the company founders had chosen the mission of pursuing a “double bottom line,” balancing the company’s financial and social worth — and focusing on affordable oral vaccines for diseases in poor countries. Unlike other companies with a developing-world mission, PaxVax does not wear its altruism on its sleeve. In all respects, the “fully integrated” company reflects the conventional industry background of its experienced management team and well-heeled operations. Its strategy also has a strong practical side — targeting international travelers as a potentially lucrative market to realize its larger goal of overcoming barriers to access in the developing world.

Of course, the most important reason to keep an eye on PaxVax over time is to see how well it hews to the larger mission if it succeeds in the travelers’ market. A cynic could easily envision the company getting too comfortable with cushy revenues and profits, and putting off the perils of the developing world indefinitely. If it only were to realize the holy grail of stable, oral, and low-manufacturing-cost vaccines, however, the gates (meaning no pun) would be open. A huge barrier to access would indeed have fallen, and we would make a giant step toward dealing with the grim travelers of disease crisscrossing the planet daily.

PaxVax says the Phase 3 trial of its cholera vaccine candidate, involving about 3,000 participants in Australia and the United States, evaluated the immunogenicity and safety of three consecutive production lots, all of which induced immunological responses meeting the planned endpoint for manufacturing consistency. The company produced the test lots at its facilities in San Diego and newly acquired plant in Bern, Switzerland.