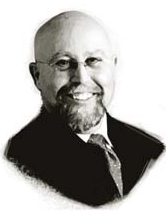 I don’t have to tell you that drug development is a lengthy and costly process. Recent estimates put the price tag of moving from preclinical research through human trials and the approval process at anywhere from $350 million to more than $5 billion, depending on the therapy and the scope (and whether the estimator is including in the average the costs for drugs that fail to make it through the process). Biotech stocks have been darlings of the capital markets in the last few years, and 2014 was a banner year for raising money with almost $9 billion pouring into the space. But the seemingly insatiable demand for money to develop new drugs requires a variety of funding sources with different entities serving different purposes at different points in the development process. As publisher of The Life Sciences Report, I get to talk to top experts in the space every day – analysts, fund managers, and company executives. I polled some veterans in the trenches and asked about the unique role each funding source plays in developing drugs today, and I found surprisingly honest answers.

VCs/ANGELS
Venture capitalists and angel investors are often the first into deals after friends and family. They often provide seed funding, advice, connections, and validation to early-stage companies. As WBB Securities Managing Partner, Steve Brozak, put it, “The goal of VCs is often to put the package together, wrap it up, and prepare it for the public markets.”

Last year was a high point for both first-time and follow-on funding, according to a MoneyTree Report from PricewaterhouseCoopers and the National Venture Capital Association, based on data from Thomson Reuters. First-time funding totaled $1.1 billion, a 25 percent increase from 2013. Subsequent rounds of funding brought in $7.5 billion, a 29 percent bump. That attention showed up in the IPO market. A total of 71 biotech companies launched in 2014, including the much-heralded Kite Pharma (KITE:NASDAQ), Bluebird Bio (BLUE:NASDAQ), and Juno Therapeutics (JUNO:NASDAQ) debuts.

Venture capitalist and senior managing partner of Aisling Capital, Dennis Purcell, told me that the process of going public has changed substantially over the last few years as the Jumpstart Our Business Startups (JOBS) Act made the process easier. “Companies attempting to go public were better funded because they were able to test the waters ahead of time,” he said. As the sector has grown, attracting analyst coverage and telling the story to investors in a compelling way has become one of the keys to standing out in a crowded space.

BIG PHARMA
Partnering is also fueling the rise in IPOs. Brozak estimated that 10–20 percent of newly public companies have either direct or indirect support from large pharmaceutical companies. He pointed to Celgene Corp. (CELG:NASDAQ) as an innovative big company that seeded a whole bunch of companies while getting dibs on the technology if they succeed. “This is a company that understands that you get value by encouraging innovation. It doesn’t have to be innovation that literally is in your parking lot. It can be innovation that you telecommute to or that you work with. The thing that the IPO market demonstrates — and demonstrates well — is that there is innovation out there. The reality is that the majority of these seeds will not succeed. But our healthcare system relies on scientific innovation. We cannot afford routine medical scientific discovery. It has to be innovative change disrupting the status quo in healthcare.”

Reni Benjamin, an analyst at H.C. Wainwright & Co. and a member of the 2015 Life Sciences Report Small-Cap Biotech Watchlist panel, said, “The funding cycle over the last couple of years has left many small-cap companies in a much better financial position than they ever have been in. That’s very good from a development point of view, because a lot of the small-cap companies we cover are running the right-sized trials. Small-cap biotechs are running randomized Phase 2 studies that allow us to make much more educated and confident bets on products going forward.”

Not just any partner will do, however. Yale Jen, senior biotechnology analyst at Laidlaw, explained the partnering strategies for large pharma companies with thinning pipelines. “Larger drug companies nowadays are more focused and understand that synergy is important. They want to stay in the markets where they can leverage their current or expanded sales forces.”

FOUNDATIONS/NONPROFIT ORGANIZATIONS
I also talked to Tracey Mumford, who works on behalf of The Michael J. Fox Foundation and sometimes with preclinical companies to promote Parkinson’s disease research. Since 2000, the foundation has funded more than $450 million in research, but Mumford sees her role as more than just check-writing. Before funding a project, she often works with the company to develop a project plan that lays out milestones that should be achieved over the course of the grant and ties payments to those scientific milestones.

Brozak sees the role of foundations as significant for clinicians that need money to run very early experiments. “That is an incredibly important role,” he said. “Discovery that’s truly scientific is random. That’s how you get the most shots on goal. Some remarkable oncology discoveries have come from research funded by foundations and not-for-profits.” He does not see the money making a big impact on company development, however.

GOVERNMENT GRANTS
Government grants can be an important source of non-dilutive funding. Brozak estimated that the National Institutes of Health and the Biomedical Advanced Research and Development Authority together have fostered more scientific discoveries than any other enterprises in the history of the world. “You have to understand the system. If you think you’re just going to write a grant and get cash mailed to you, you’ve got another thing coming. But because government grants are so specific and so demanding, they also act as a legitimizing influence, leading to more investments,” he said.

GENERALIST INVESTORS
As the sector has continued to hit stock market highs, generalist investors have moved into the space, pushing up stock prices and concerns among some people that these investors are fickle and do not understand the science well enough to discern the best stocks, thereby adding to the volatility of the space. Purcell is of the mind that if companies continue to show scientific progress, generalists will remain interested in the sector, and those curves can be smoothed out. “Now that they have had such a good run with biotech over the last year or two and are seeing startups mature from science projects to real companies with products on the market, generalist investors don’t have to understand the scientific underpinnings. They can simply look at how the drug is doing in the marketplace and what it’s doing for patients,” he said.

INSTITUTIONAL INVESTORS
Brozak believes there are two types of institutional investors. Sector-specific investors and crossover investors or momentum players. “You’ll see them on TV, and they’ll talk about healthcare in one second, and they’ll have a cue card that will allow them to pronounce the name of a new drug. Then 10 seconds later, they’ll be talking about movie theater revenues and the quote of a roundtrip airline flight from here to Los Angeles. What they are doing is fostering aggressive speculation and not helping anyone.”

"Many of the experts I work with see an upbeat life sciences funding market remaining in place for the foreseeable future."

Often a stock has to reach a certain size threshold to turn the heads of large institutional investors, but they can have a big impact when they move in and when they move out of a stock.

TRENDING DOLLARS
Sometimes funding is subject to trends in therapy-area popularity. Brozak put chimeric antigen receptor T-cells (CAR-T) at the top of the list of research getting funded right now. “If you can spell CAR-T, you’re getting funding,” he said. “It is the very definition of disruptive technology.” He also pointed to regenerative medicine and infectious diseases as popular areas for investing right now.

Many of the experts I work with see an upbeat life sciences funding market remaining in place for the foreseeable future due to everything from scarcity of innovation in Big Pharma to a maturing understanding of the science in areas like cell therapy and a friendlier FDA approval process. But even if the upward trend in approvals and valuations slows, good companies will continue to find ways to fund new therapies. As Brozak pointed out, bear runs — times when investors step back and stock valuations slow down or even go negative — are like safety valves. They are a reality check that ensures dollars are going to companies that can really be successful. And, they position the right companies to succeed when the bull market emerges once again.