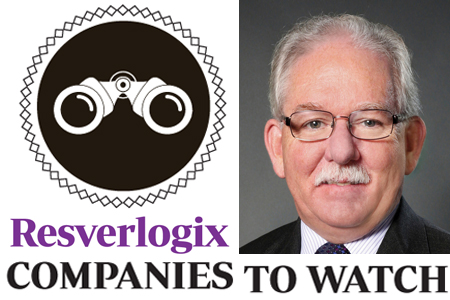 Resverlogix is developing a first-in-class selective BET (Bromodomain and ExtraTerminal Domain) inhibitor, RVX-208, as a treatment for atherosclerosis, plus other epigenetic BET inhibitors to treat or prevent critical health effects of cardiovascular disease, diabetes, and other widespread chronic diseases. It has announced positive data from three Phase 2 trials of the compound for several conditions, such as reduction in major adverse cardiac events (MACE) in diabetes mellitus patients, and is preparing to launch a Phase 3 trial this year in patients with low HDL, cardiovascular disease, and diabetes mellitus.

WHAT’S AT STAKE
The operative word is “epigenetic.” Therein lies the key to a long-awaited goal in treatment of patients in disease areas harboring some of the largest unmet medical needs. The goal is discovery and development of therapeutics and preventatives with new mechanisms of action that mirror the latest knowledge of disease mechanisms. Resverlogix’ epigenetic approach addresses genetically related disease states common to many conditions. BET-Bromodomain inhibition is an epigenetic mechanism that can turn disease-causing genes either on or off, returning them to a healthier state. The main expected benefits are reduced risk of major complications the diseases can cause.

There are three forms of epigenetics — reading, writing, and erasing genes,” explains Donald McCaffrey, president and chief executive officer. “Our small molecule binds to a gene reader, causing it to either up-regulate or down-regulate the gene.” For example, RVX-208 binding to the reader appears to boost activity of the ApoA-I gene, causing production of ApoA-I and HDL proteins to rise. According to studies cited by McCaffrey, the MoA seems to translate into objective health benefits. “We have performed more than a dozen clinical trials in nearly a thousand patients, and in the last three trials in our Phase 2/2b program, we had a 50 to 55 percent reduction of events and a 77-percent reduction in patients with diabetes, according to a statistical analysis by an independent statistician,” says McCaffrey. “The data was highly significant.” In another, pooled analysis of two RVX-208 trials, the Cleveland Clinic found about a 70-percent reduction in subjects with an elevated C-reactive protein level.

In plans for the large Phase 3 trial, McCaffrey says, “Our aim is to prove the hypothesis that RVX-208 should be used on top of standardof- care medicines in high-risk patient groups, so our focus is low-HDL diabetes — a huge untapped market. We hope to clearly articulate new data showing we can reduce MACE in those patients, creating a new, valuable weapon in the fight against diabetes.”

Resverlogix will not cherry-pick the least ill patients or settle for proof solely by biomarker, as McCaffrey asserts has occurred with alirocumab, the PCSK9 inhibitor for hyperlipidemia from Sanofi/Regeneron. He says the company will enroll only high-risk atherosclerosis patients with low baseline HDL and diabetes mellitus. The MACE-reduction strategy reflects the serendipitous discovery of BET inhibition through positive health benefits noted in earlier investigations of the molecule as a simple ApoA-1 enhancer. Success with RVX-208 would fuel the company’s further development of other BET inhibitors — all with the potential to shake up some long-neglected areas and free the industry from its prolonged fixation on niche products.