Following a failed drug, a company retrenches and reinvents itself as a developer of new biologics with novel mechanisms focused on serious infections and other diseases.

SNAPSHOT
A company reborn — that is Synthetic Biologics. Starting with a specialty-pharma model, failing a key Phase 3 trial, hitting the skids, and repurposing itself under new management as a novel biologics company focused primarily on infection, Synthetic Biologics has built a new pipeline with at least one potential blockbuster. Its oral enzyme for preventing C. difficle infection could be used along with every IV antibiotic. Its preclinical mAb (monoclonal antibodies) designed to clear pertussis toxin could treat a large population of infected newborns. The C. diff drug is approaching Phase 2 this year, and another in MS is in Phase 2. 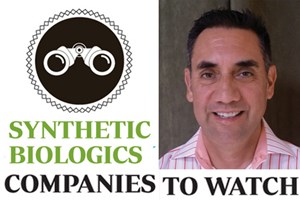 WHAT’S AT STAKE
The value of a company — and how failure and rebirth affect it — is the theme that drew me to Synthetic Biologics. This company’s corporate lineage of more than a decade is still intact; it never actually went out of business, but it did take an unexpected turn or two. The company was born as Pipex Therapeutics in 2001 to develop Coprexa (tetrathiomolybdate) for Wilson’s disease, a rare brain disorder. Pipex went public through a reverse merger in 2006, but in 2008 the FDA rejected Coprexa’s Phase 3 trial, and the company quickly fell to nano-cap, pennystock status. Renamed as Adeona, the company continued to languish at a valuation too low to power much progress in the clinic with its special formulations of existing drugs. Finally, in 2012, a new management team replaced the old, quickly reshaping the company and reselling it to investors to raise its value.

“We came in and ended up doing a deal with R.J. Kirk, who is CEO of Intrexon Corp. and one of the most prolific entrepreneur investors in the biotech industry,” says current CEO Jeffrey Riley. “The deal jump-started the company and enabled us to raise capital.” He says “repurposing” the company required choosing a new product focus and building a pipeline to pursue it. The new team selected the anti-infectives space, with a mission to develop novel biologics to treat or prevent serious problems in antibiotic therapy. SB’s lead product is meant to avoid the typical complications that arise when broadspectrum antibiotics attack the microbiome in the colon as collateral damage and allow the notorious C. diff bacteria to flourish there.

“We chose something that was counter-cyclical; the big guys were no longer playing in the antibiotic space, and there’s a great need from both a humanity perspective and an economic perspective,” Riley says. Forming a collaboration with Intrexon to work on early-stage infectious disease candidates, the new team also searched for and acquired other pathogen-specific pipeline products and retained a legacy drug it is developing for MS whose short-term prospects outweighed its strategic fit.

Although the repurposing and new investment have pulled the company out of the nano-cap depths, going from a $15 million to a $156 million market cap in the past two years, Riley believes it will remain significantly undervalued until it achieves visible results.

“If we were private and we did an IPO today, we would be about a $350 million market cap, because we would have the visibility, and people would value us accordingly. Companies with recent IPOs are probably more accurately valued than a company like ours that has started over from zero. But if I were an investor, I would go with a company like ours because there’s a builtin positive upside — our experience and skills in addition to the real assets we’ve built.”

Riley says the company will avoid further discovery-stage partnerships if possible, except perhaps for a single drug or indication, he says. Valuation will rise, he asserts, only when good clinical data begins to arrive, as hoped for later this year.