Taking The Guesswork Out Of Drug Development

Before a drug can reach any major milestone in development, the idea for it must first cross the “valley of death.” This is the place between the lab and commercialization where good biomedical ideas often get lost and die.

One cause of this is a drought in funding to academic institutions, which, according to a recent article in Newsweek, is where more than half of breakthrough drugs in recent decades have been discovered. As NIH funding has decreased and the cost of conducting biomedical research has gone up, highly trained scientists with potentially groundbreaking ideas are left with no outlet to commercialize their idea.

To save great ideas from this unfortunate fate, the Harrington Project for Discovery & Development created a bipartite collaboration leveraging both nonprofit and for-profit organizations: Harrington Discovery Institute at University Hospitals in Cleveland, OH, with its Innovation Support Center (ISC) and BioMotiv. The Harrington Discovery Institute, the nonprofit arm of the project, is led by Dr. Jonathan Stamler. It supports physician-scientists who want to improve patient care through the development of new medications. To drive this effort, the institute created the Harrington Scholar- Innovator Program in 2013, which distributes up to 12 Harrington-Scholar Innovator Awards to early-stage innovators whose research has the potential to change modern medicine. Applicants’ ideas are reviewed by the institute’s scientific advisory board, and those with a potential for commercial success are awarded. Initially, each applicant is given $100,000 but has an opportunity to qualify for up to $700,000 over the course of the program, which is two years. While the financial support provided is modest compared to the total cost of bringing a drug to market, it can make a considerable difference when a scholar is seeking resources to bring an idea from the research phase to an attractive package for commercial purposes.

CONNECTING GREAT IDEAS WITH GREAT MINDS
Once selected for the program, the new Harrington Scholars (as they are referred to) are paired with a coordinator from the ISC, which is composed of an advisory panel of leading experts in drug development. As an example of the expertise available to scholars, Dr. Perry Molinoff, chairman of the ISC’s advisory panel, has more than 30 years of experience in both the academic and industrial sectors. He is currently a professor of pharmacology at the University of Pennsylvania and has served as the executive VP of R&D at Palatin Technologies and VP of neuroscience and genitourinary drug discovery at Bristol-Myers Squibb Pharmaceutical Research Institute. Dr. Molinoff is joined by 15 other board members who have served in positions like VP and chief scientific officer at some of pharma’s biggest names, such as Pfizer, J&J, AZ, and AbbVie. Collectively, the panel has played a role in the development of over 100 approved drugs on the market.

The scholar and advisor are paired based on which board member’s expertise is the best match for the project. If necessary, a coordinator can call on any one of the other panel members, depending on what the project needs. For example, a coordinator with knowledge in medicinal chemistry may initially be paired with the scholar, but as the project progresses, they may call on a formulation expert or someone who has expertise in preclinical models. Monthly meetings are conducted between the scholar and their team, where they will create and execute a plan that ultimately generates interest in the drug from pharmaceutical companies.

“There are ideas for new therapies that have floundered because there was some safety flag raised, or there was reluctance on the part of the FDA to allow the new therapy to go through,” says Diana Wetmore, director of the ISC. “In academia, these scholars often do not have access to this in-house knowledge and are only looking at what’s really appealing from a scientific perspective and what new information they could publish that would be interesting in that particular field. They are not thinking necessarily about things like the best intellectual property coverage they’d need to put in place before publishing their findings, what happened with other potential new therapies in this field that have failed, and what experiments they would need to do to demonstrate that their idea overcomes that challenge. This is the kind of input the advisors can bring to the table, considering they have had careers in the pharma industry and, therefore, have that inside knowledge.” Through this program, the risk of failure is reduced by helping deepen the package of information to support the scholars’ concepts, thereby moving more great ideas toward a successful launch. 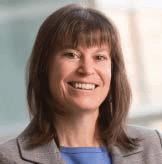 "In academia, these scholars often do not have access to this in-house knowledge and are only looking at what’s really appealing from a scientific perspective."

CLOSING THE VALLEY OF DEATH
Beyond philanthropic contributions from the Harrington family and a portion of funds from The University Hospitals of Cleveland, OH, the Harrington Discovery Institute receives financial support via donations from a number of sources and leverages its support for additional scholars through foundation partners. These partners include the Alzheimer’s Drug Discovery Foundation, the Foundation Fighting Blindness, and the University of Oxford, which launched the Oxford-Harrington Scholarship Programme to support clinician researchers in 2014. Each program aims to achieve the same goal – provide support to researchers working on novel drug discovery initiatives that have demonstrated a potential for commercial success.

The Harrington Project also includes a for-profit arm, BioMotiv, which is an early-stage incubator-style discovery company. It helps early projects progress down the drug development road and then partners them with pharma. In July 2015, BioMotiv announced the formation of Sujana Biotech, LLC, which develops novel technologies and therapeutic products for a range of inflammatory and vascular disorders. This technology is based on research from scientific founders and graduate scholars of the Harrington Scholar-Innovator Program. It is one of five successful projects from the program that have been or are actively engaged in licensing agreements.

Scholars also can take their ideas outside of the institute. One unique detail about the program is that all IP that results from the guidance of the ISC advisors belongs to the scholar and the scholar’s institution. “We take no stake in it,” says Wetmore. “We just want to see these projects move forward and new medicines become approved.” She also explains the benefits this kind of program offers pharmaceutical companies seeking new therapies to pursue. “If you are a pharma company or an early-stage development company thinking about the statistics of failure, and you’re comparing something that has been through our program to something that was developed inside an academic institution only, then what we hope is that our success rate down the road is going to exceed the success rate of an unguided academic cohort.”

Jean Y. Tang, M.D., Ph.D., associate professor in the department of dermatology at Stanford University and graduate scholar from the Harrington Scholar-Innovator Program, presented at the 2015 Harrington Scientific Symposium about her experience with the program and what it taught her. Dr. Tang studies basal cell carcinoma, which is the most common cancer affecting 3 million people each year. The only form of prevention is sunscreen, and the only current form of treatment is surgery, which often leaves patients scarred and disfigured. Before working with the advisors from the ISC, Dr. Tang says her approach to commercializing her idea would’ve just been “try it in patients.” When presenting to pharma companies, she said she would often present a very technical slideshow, likely losing her audience halfway through. Through the guidance and knowledge of the advisors, she and her team now understand what information generates interest from pharma companies and how it should be presented in order to have a chance at commercialization. “We now know to ask the critical question,” she explains. “What is the right clinical indication for this topical anti-BCC (basal cell carcinoma) product? Is it in prevention? Is it in treatment? The amount of data and the kind of clinical trials are different for each of these indications. What’s the competition? What’s the standard of care? Where is your unmet need so that our product, after all this hard work, is commercially viable? These are the things as physician-scientists, through all of our rigorous training and research, we were not taught.”

Dr. Tang says they hope to develop a topical treatment without the systemic side effects that, because of the large unmet need, is estimated to have a $500 million to $1 billion market revenue. Since her August 2015 presentation, Dr. Tang has successfully filed an IND (investigational new drug) for the treatment and enrolled her first patients in clinical trials. She says working with the ISC taught her the language of the industry and gave her the guidance to eventually get to Phase 1 proof-of-concept trials. “That is the major evaluation and a value inflection point for a biotech startup. Pharma companies really want to see data in humans. Once you have that, the valley of death closes.” She continues, “We have found, as physician-scientists, the Harrington Scholar-Innovator Program has renewed our courage and our fortitude to do what we have always dreamed of and trained for. Because of their excitement, it has renewed ours.”