As the sun cast a rosy glow over the city’s horizon, bathing us in dawn light through the wide windows of our meeting room, a small group of company executives and investment experts shared breakfast and chatted before taking up the business at hand. Their purpose here: Trade insights across the table into how small biotech companies can achieve the best possible market capitalization at every stage of their development.

As the panelists subsequently confirmed, factors that determine the valuation of such companies vary from straightforward and objective to unpredictable and highly subjective — making for a fascinating discussion whether you are an expert or a lay person in life science investment. We held our roundtable in San Francisco during the confluence of industry events surrounding the JP Morgan Healthcare Conference in January 2014. Our intended audience was not in the room with us, but consists of our readers, essentially all of whom are affected by the issues we discussed.

The panel’s actual makeup of people resulted partly by plan — invitations went out to a select list a month in advance — and partly by accident: who among the invited wished to and were able to answer our call. We had targeted a range of people reflecting the leadership of small and large Biopharma companies and investment firms. As it happened, the panel was evenly divided between the company and investment sides: Around the table were five leading investors, four small-company chief officers, and one head of business development for a large biotech known for its long line-up of successful partnerships and acquisitions.

Chief Editor Rob Wright welcomes the panelists, and they begin to define the objective and subjective factors that determine a small biotech’s valuation from its earliest stages.

ROB WRIGHT: Good morning. Thank you for coming. One of the most valuable things we have in our lives is time, so I’d like to make sure I thank you for taking the time to be with us today. We wanted to do something more interactive than bringing a bunch of people together and having a separate group talking up on the stage. We also want to develop this discussion into future editorial that our readers find valuable. Now I’m going to turn it over to Wayne. But first let’s go around the table and have everyone introduce yourself.

The panel answers the roll call:

WAYNE KOBERSTEIN: Great to see you all here this morning. My top priority today is to elicit your thoughts on three central questions:

What are the most important factors in how the market cap for small biotech companies is calculated?

How are the companies affected by the value of their market cap at key stages in their development?

What actions can companies take to achieve/optimize their market cap at those key stages of development?

I had the idea for this meeting mainly because I don’t know what the answers are to those questions. I don’t know what goes into determining the market cap and valuation of a biotech company, either private or public, at the small-cap level. I can guess and observe like any other layperson, and I imagine that a lot of the answers have to do with subjective factors. But, that’s fine, we can discuss what those are. Why is valuation important? What should it be in an optimum world? And then, how can companies actively work to reach that optimum valuation market cap?

So, let’s start, clockwise to my left. Dennis, can you begin with a general answer to the first question — what factors determine a small-cap company’s valuation, from start-up on?

DENNIS PURCELL: It starts with supply and demand. If you’re starting a company, the more options you have, the better the valuation will be. It’s really important to get the right people around the table at the beginning because the valuation going forward is largely set based on insider participation — whether the insiders have enough money and whether they will support you and your strategy. You can’t start by doing present value calculations or following set formulas. It’s really more of an art than a science right at the beginning.

KOBERSTEIN: More art than a science — I suspected that. Can you follow from that, Rich?

RICHARD VINCENT: From the very early stages, before you can even attract VC money, you’ve got to step back and figure out how you get a company off the ground. In San Diego, we see a lot of start-up companies, and it’s very difficult for many good companies to secure seed money. We often have to go to friends and family and some of the angels in town or in other major cities in the bay area or on the East Coast. We actually try to avoid the question of valuation with some of the seed money we raise, by offering convertible notes. The notes will typically carry a standard 6 to 8 percent interest rate and some sort of discount factor toward the next financing (typically a VC-led round whereby the VCs lead the due diligence effort). So we take the valuation question off the table at that stage and defer until the VCs or other larger investors invest. A lot of the seed people like that, because then they don’t have to do all the hard work the venture folks do to determine the quality of an asset.

KOBERSTEIN: What about thereafter, once you get past that very early stage?

VINCENT: Then you follow the lines that Dennis mentioned: it’s all about supply and demand. We do that by being tactical across the spectrum of the business, whether it’s bringing in the right management team, board, and opinion leaders, or IR (investor relations) firms to make sure the company is doing all of the qualitative things, meeting its milestones, executing well in all phases of the program.

KOBERSTEIN: So the seed money comes in when the new company might have a scientific premise but before proof-of-concept?

VINCENT: It could be pre-proof-ofconcept because oftentimes the VCs won’t come in until there’s some sort of proof-ofconcept, whether it be in the right species or in man. It certainly challenges the niche area strategy among start-ups in today’s environment. You often hear that startups are the backbone of the country, but it’s very difficult for them to raise money — much more difficult than people realize.

PURCELL: Private companies are much more efficient than public companies. Is Intercept worth $6 billion more today than it was on Friday? I don’t know. If you were a big shareholder in Intercept and it was a private company, you probably would have held it at cost or marked it up a little bit, but as a public company, it is now worth $7 billion.

JACOB GUZMAN: I see a lot of companies, and I’m a finance man, not a scientist, so I look at a lot of fundamental issues of value outside of science. In some ways, the science part is irrelevant to me. Building a company, developing a management team are important fundamentals — Dennis made a very good point. I always look at interesting facts about a company, something that others may overlook, for example, why a certain person is on the board of a small, little company in West Philadelphia. What does this successful former large pharma CEO see in this specific company? There must be something there; this intrigues me. We also seek out the best CEOs, in whom we look for a mix of businessman and scientist — the businessman to go out and raise the money; the scientist to explain what they are trying to sell. We meet a lot of people who are too much of one, and we can’t understand what they are trying to sell. And we also meet a lot of people who are too much the other, and we can’t understand what they’re trying to sell. In the end, the most successful companies we’ve dealt with have had an interesting team, successful science, and have been able to effectively explain things to us. This makes me interested in learning more and developing a strong relationship.

SCIENCE, BUSINESS, & ART
The conversation takes a turn toward the qualitative assets needed in a young company to maximize its value during the formative fundraising stages.

KOBERSTEIN: You raised an interesting point about the scientist-business executive and the various personalities you encounter. So it’s not just a matter of the prestige of the scientist or the purported value of that person’s work, but one factor is the ability of that person to interact with and understand the business side, right?

GUZMAN: Absolutely. Even though someone believes in the science, they might not be willing to invest in a particular person because they don’t know how many other people will understand what the CEO is talking about. Investors don’t want to be the only ones in the pool. The CEO won’t get very far without being able to get their message across in a clear and concise manner.

KOBERSTEIN: Allan, we have been talking mainly about starting up a company and the role that valuation and market cap plays at that stage. What are some other factors that can influence it at that point?

ALLAN SHAW: I’d like to build off the comment Dennis made, “It’s more of an art than a science.” There are many qualitative considerations that you need to take into account. We touched on the management team. There is also the therapeutic focus. Like platform shoes, therapeutic areas or targets go in and out of fashion; cancer is the flavor of the day right now. Also, time-to- market or development timelines are not inconsequential. There is increased emphasis on orphan drug development and focused drug therapies right now, and developers are trying to bypass Phase 3 studies and use Phase 2 trials as the pivotal stage studies to achieve registration. To underscore these dynamics, the spirit of the times is very important. Right now, everyone’s taking capital market happy pills, and the word risk seems like a distant dream. That has a real psychological impact on access to capital and the underlying valuations at the end of the day. When everyone is feeling good about themselves, the relative valuations will inevitably expand — a high tide raises all boats, and a low tide lowers them.

KOBERSTEIN: So one factor is very general, just the environment at the time.

SHAW: Absolutely, and it also strikes me that there’s a disconnect between valuations of established companies that have been operating in this space for a period of time versus some nouveau companies that have recently come to market. It speaks to some of the qualitative differences, because the new companies haven’t had time to disappoint yet. By and large, they haven’t had any notable clinical failures. Some of these qualitative factors transform themselves into the market valuation. 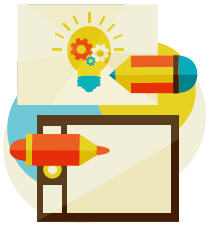 KOBERSTEIN: Yes, I encountered a relevant situation yesterday. I interviewed the head of a company that had basically reinvented itself after a Phase 3 failure. It’s been in business for 12 years, but now it’s like a new company, with new management and all new products in new areas. I asked him, “How does that affect your valuation?” He said, “We are really undervalued because of what happened in our past, even though it has nothing to do with what we’re doing now.” He said when the company goes public, its current state may be a factor, but at this point it’s not boosting the value.

PURCELL: No company proceeds like you think they’re going to proceed. We were an investor in Intercept in a different indication than the one it announced. (Lots of laughter.)