The MINT Countries In Biopharma: Building On The BRICs 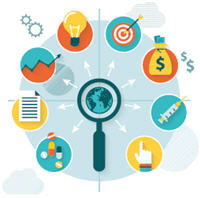 This article will introduce the MINT countries and take a brief look at the biopharma industry in each region, with a particular focus on Mexico and Turkey, the largest economies of the four.

O’Neill has selected the MINT countries as potential top 10 global economies by 2050 based on the observation that all four have young populations (see Table 1) and what he describes as ”favorable demographics.”

Of the four, Indonesia has the largest population, but Nigeria is growing fast, with the highest fertility rate and rate of natural increase and the largest population of children age 15 years and younger. By 2050, Nigeria’s population is projected to outstrip that of the other three MINT countries and could by then be the fourth most-populous country in the world, with a population of 402 million. While pharmaceutical market size is partly driven by population numbers, the major driver of market size is the GDP of a country, as individuals and countries both have more disposable income to spend on healthcare (see Figure 1).

Of the four countries, Nigeria and Indonesia have the fastest and most consistently growing GDP, at around 6 to 8 percent. However, these two countries have the lowest GDPs of the four MINT countries, at $1,555 and $3,557 per capita respectively, compared with $9,749 in Mexico, $10,666 in Turkey, and $51,749 in the United States (2012 figures from the World Bank).

Nigeria’s growth has been driven by oil prices. However, political unrest in neighboring countries could affect Nigeria’s economic future and its attractiveness as a place for investment. The growth rates of GDP in Turkey, Mexico, and the United States were all affected by the financial crisis of 2007 to 2008. After fast growth in 2010 and 2011, Turkey’s GDP was hit again in 2012 by the country’s political and financial troubles. In its World Economic Outlook, published in October 2013, the IMF (International Monetary Fund) predicted that Turkey’s economy will grow again, albeit slowly. In the same report, Mexico’s growth rate was expected to slow to 1.25 percent in 2013, but return to 3 percent in 2014, growing to 3.5 to 4 percent in the medium term.

The Mexican government changed this policy in 2008, but it left a significant manufacturing infrastructure in place that could be exploited to grow the domestic pharma industry. This included plants, logistics, regulatory structures, and an experienced talent pool. The government is also moving toward cutting red tape and aligning its regulatory authority, the Federal Commission for the Protection against Sanitary Risks (COFEPRIS), to the International Conference on Harmonization (ICH) guidelines. While Mexico was relatively late adopting generics, now around 60 percent of unit sales are generic drugs, and a large proportion of the domestic players are producing generics.

“Most of the top 20 to 25 pharma companies have plants in Mexico, but recent growth has been through local and multinational generics players,” says Padilla. “There is some innovation, but it mostly involves doing new things with available drugs, for example, combinations of drugs in a single pill tailored for a local market. I expect to see growth in the number of studies carried out in Mexico rather than seeing an increase in innovation.”

Mexico has not always been a top 10 market for individual drugs in terms of revenue, as Padilla explains, but he expects to see this change for some segments. For example, diabetes is a sizable market and probably will be the biggest public health issue in Mexico in the coming years. Mexico’s population is sizable at around 116 million people. Currently the population is relatively young, which means in 10 to 15 years there will be a greater need for healthcare services. Also, considering the country’s GDP is growing and healthcare coverage is increasing, Mexico should become a key potential market for companies both outside and inside the region. “The companies that understand these changes and know how to negotiate with the government and work closely with the retail channels and the patients will be the ones that succeed,” says Padilla.

A TAKE ON TURKEY
Geographically, Turkey occupies an interesting location, on the edges of Europe and the Middle East. The medical needs in Turkey are similar to those in the rest of Europe where cancer and cardiovascular disease are common. Hepatitis B and hepatitis C are also prevalent in parts of the country. 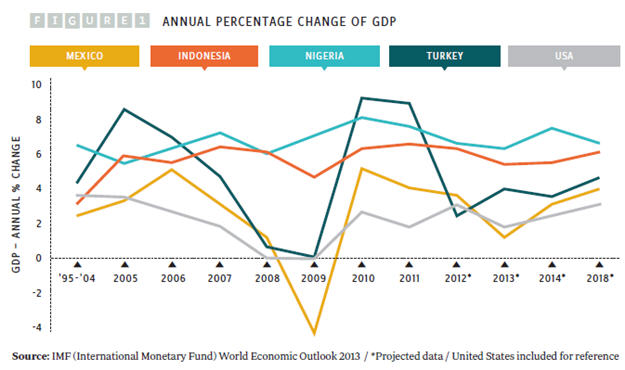 “The Turkish pharmaceutical industry is mostly based on marketing and manufacturing, and there is not much focus on drug discovery,” says Hesna Yiğit, of Adıyaman University in Turkey (previously the associate director of preclinical pharmacology at Oculus Innovative Sciences and a research investigator at Bristol-Myers Squibb). “These are mostly international rather than domestic companies,” she added.

The Turkish pharma industry spent around $59.2 million (€43 million) on R&D in 2011 compared with around $7.7 million (€5.5 billion) in the U.K. and around $7.3 billion (€5.3 billion) in Germany. The Turkish government is attempting to turn this around, however, perhaps driven by the trend of outsourced manufacturing away from the country. According to the Vision 2023 strategy document from the Turkish Association of Research-Based Companies (AiFD), the Turkish government plans to move the country into the top 10 economies in health services by 2023. It will do this by increasing R&D expenditure to 3 percent of GDP and by increasing health-related exports to $500 billion. This move will be supported by the return home of Turkish ex-pats.

“There are more and more Turkish scientists who have worked in U.S. and European pharmaceutical companies who are moving back to Turkey and bringing experience, contacts, and networks with them,” says Yiğit. “These people could help to create collaborations with companies outside of Turkey.”

This move toward innovation also is supported by academia in Turkey. As an example, Yiğit is currently working on a project supported by TÜBİTAK (Scientific and Technological Research Council of Turkey) at Adıyaman University. The project involves screening plant extracts from the Adıyaman region for antibacterial and antiviral activities. She is also working with the chemistry department to screen synthetic compounds for antimicrobial activity.

INSIGHT INTO INDONESIA
According to a report from the consulting company Pacific Bridge Medical, the Indonesian pharmaceutical industry is worth around $5 billion, and pharmaceutical spending is increasing per capita. Around three-quarters of the pharmaceutical companies in Indonesia are domestic, and while the country represents a growing potential market, there are restrictions. Namely, companies that sell drugs in Indonesia must manufacture them locally, and domestic companies can have a maximum of 75 percent foreign ownership. However, there are signs that these rules are beginning to be relaxed.

NEWS ON NIGERIA
The Nigeria pharma sector is worth about $3 billion, according to Bunmi Olaopa, chair of the Pharmaceutical Manufacturers Group of the Manufacturers Association of Nigeria (PMG-MAN). Nigerian manufacturers produce around 65 percent of the medicines and healthcare products made in the Economic Community of West African States (ECOWAS). Members of PMG-MAN have invested nearly $44 million to improve manufacturing practices and expand factories. 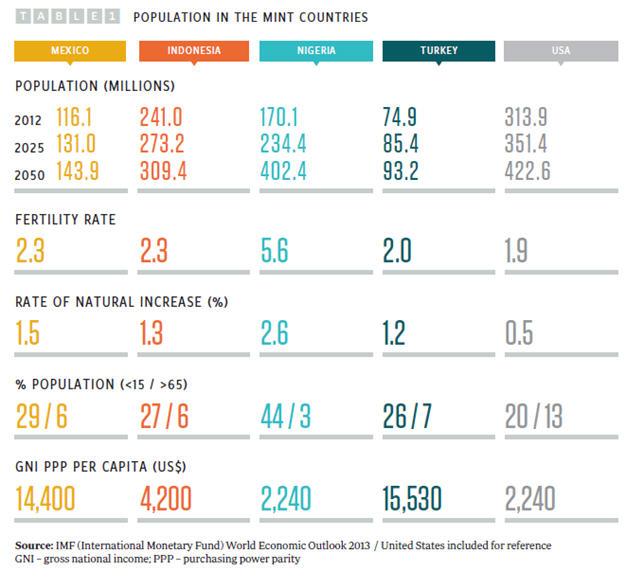 The WHO prequalification program aims to make medications available for those in need, and Nigeria is working toward this prequalification. In an interview with Nigerian newspaper the Daily Independent, Paul Orhii, director-general of the National Agency for Food and Drugs Administration and Control (NAFDAC), said that he expects significant growth in the drug manufacturing sector, and the WHO prequalification will boost growth. Olaopa hopes that up to five Nigerian manufacturers could have products prequalified during 2014.