The New "Era Of Interdependence"

Diverse interests converge to invest in a new wave of life sciences innovation.

The life sciences industry is entering a new “Era of Interdependence.” The parties involved in bringing a product or service to market are realizing that cooperation, not competition, is the most productive, cost-efficient route to success. But that has not always been the case. 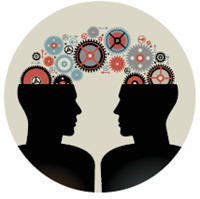 In the early 1980s, biotech, pharma, academia, and disease foundations were all wary of one another. They operated independently, and communication among them was rare. Wall Street also seemed at a loss as to how to value the life sciences companies. Some suggested that multiple scientists working at a company was an appropriate way to value it. Others suggested the R&D spend was the better indicator of value. Price earnings were irrelevant because most of the companies were not generating any earnings. Discounted cash flows were disregarded because the number of assumptions necessary to generate a model rendered them useless to an investor. How could investors not steeped in the science figure out how to invest in this growing industry?

It became common industry practice to rely on pharmaceutical companies as the experts. If a pharma company partnered with a biotech company, investors had at least some validation of the science underpinning the company. Pharma companies knew the leverage they had because it was hard to go public without the validation they provided. They drove good bargains for themselves, but they also provided some comfort for Wall Street investors. This relationship and coexistence enabled the biotech industry to generate many IPOs during the early days, and the industry became more mainstream. Genentech led the way for the industry with its IPO and spectacular first day of trading, opening at $35 per share and climbing to an $88 per share high. Wall Street had never seen anything like it.

GOING MY WAY?
As we entered the 1990s and the industry matured, the dynamics progressed as well. It seemed validation by Big Pharma no longer guaranteed a company’s success. In fact, product failures seemed to occur equally for Big Pharma and biotechderived products. Many investors and company boards decided going it alone was the best way for a biotech company to create value. The term FIPCO (fully integrated pharmaceutical company) was introduced into the biotech vocabulary. Many companies were asking, “If we went it alone, could we keep all of our product rights and evolve into the next Amgen or Genentech?” Those companies soon discovered, however, that product development was more complicated, costlier, and more time-consuming than expected. Those that successfully navigated those waters were rewarded. (Six of the top 20 pharma companies today are biotech-derived.) But many others struggled as the cost of developing a drug continued to increase, and companies had to routinely raise equity capital to advance their products. Large debt financings were not available due to the lack of company cash flows. Pipeline products were relegated to the second tier, as all of the focus and value were attributed to the lead product.

For pharma companies, it became apparent that R&D productivity was not satisfactory. Huge internal budgets did not guarantee success. They watched some of their best and brightest people go out on their own into entrepreneurial endeavors. Many Big Pharma executives and scientists saw the biotech industry as a more fulfilling career choice.

Biotech companies also realized that perhaps they did not have all the requisite tools to be successful. Manufacturing was not very straightforward. Resources to run multiple trials and determine the best path to registration were not always available. Sales, marketing, and distribution became more complicated once the traditional sales reps were no longer the key players. Reimbursement for successful products became more nuanced.

Wall Street and investors also recognized the complexity of bringing a product to market. Other constituencies mattered. Wall Street developed its own due diligence techniques. Ph.D.s were hired in-house. Expert networks that matched experts with investors began to thrive.

Academic institutions recognized that developing their research to a later stage might help generate much-needed revenue for funding their core mission. By developing their findings further along the proofof- concept path, they were able to access capital later and keep more of the upside for themselves.

At the same time, disease foundations decided typical fundraising events were not advancing their agendas fast enough. They could influence research more directly by using their network and expertise more effectively. They could have a more direct impact on their areas of interest by influencing the types of projects the industry developed. They would seek and find the researchers and companies working on the most promising projects.

Patient advocates realized they could learn and build upon the experiences witnessed with HIV/AIDS. By unifying their voices, cures could come sooner.

EMBRACING THE NEW ERA
We are witnessing many experiments as we enter the Era of Interdependence. We see virtual drug development efforts under way, whereby an entire drug development infrastructure need not be financed. We see transactions where the acquirer agrees to buy the asset and continue funding only as certain milestones are met.

New types of financing vehicles are also emerging. Corporations, disease foundations, and academic institutions are setting up their own venture capital funds. There is a rise in private/public partnerships, where each side brings its expertise to bear on a project. The democratization of financing as individuals is beginning to play a more important role. (During the ALS Ice Bucket Challenge, stocks of companies working on ALS increased by an average of 30 percent.) We see royalty funds buying royalties from academic institutions, thus freeing up much-needed capital for those institutions. And there are many other possibilities.

New models will continue to evolve in this Era of Interdependence. By thinking outside our own individual silos and focusing on how we can all work together in new ways, we may be able to find cures for diseases more efficiently and contribute to a healthier quality of life for everyone. 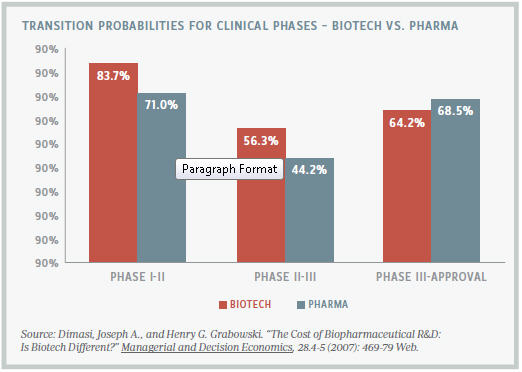