The R&D Tax Credit — A Catalyst For Life Sciences Innovation 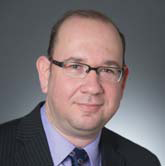 Does your company develop new medical products, pharmaceuticals, or innovative production techniques in the United States? Does your company create software for the medical industry or for internal discovery or diagnostic tools? Does your company invest resources toward optimizing manufacturing processes? If so, your company may qualify for the Research & Experimentation Tax Credit (or the R&D Tax Credit), an often overlooked and misunderstood opportunity for taxpayers. The CEO at one of our longstanding clients, a New Jersey medical device company, champions the research credit as “the best way to refuel my innovation engine.”

In 2011, a total of more than $9 billion in R&D tax credits was claimed by taxpayers around the United States. The tax credit can be used to offset income tax liabilities dollar for dollar, thereby lowering a company’s effective tax rate and increasing cash flow. A pharmaceutical company client of ours with sales of $300 million claimed a federal credit of $500,000, as well as New Jersey and Iowa state credits totaling $500,000, which will enable them to substantially increase their R&D efforts going forward. Another client, a medical devices company with revenue of $10 million, was able to obtain a $100,000 federal tax credit.

For companies in net loss positions, the R&D credit can be carried back one year and carried forward for 20 years until it can be used. In addition, similar credits and other incentives are offered by 38 states, six of which offer refundable credits to attract new jobs and industries to the region. The research credit is more important now than ever before, as companies are pressured to improve their earnings per share and ROI in the face of increasing expenses, heightened regulations, and lower reimbursement rates.

Examples of typical qualifying activities in the life sciences industry include development of new or improved drugs, medical devices, diagnostic applications, and production techniques. Costs that can be considered for the credit include in-house wages of employees performing, supervising, or supporting the research activities. Also considered are costs related to supplies used or consumed during the development, as well as a percentage of contractor and consultant fees associated with the efforts. These costs encompass all phases of the development life cycle, from initial specifications and requirements to FDA approval. However, there are several areas that are often overlooked by taxpayers. In addition to revolutionary projects, the credit can be claimed for performing evolutionary projects involving products and processes. These initiatives may include increase in drug efficacy or stability of existing products; development of a new or improved production line to improve yield, purity, or quality; and other continuous improvement initiatives in a production or manufacturing setting.

One of the best features of the credit is that success is not a requirement. Even projects that ultimately fail can potentially qualify for the credit. After all, failure is the ultimate proof that a project involved R&D.

NEW INDUSTRY TRENDS AND HOW THEY APPLY TO THE R&D CREDIT
One way life sciences companies are combating higher development and commercialization costs for their products is through data technologies that increase productivity within their organizations. Companies are now mining information from tools in service, clinical trials, genetics, and demographics to perform analyses to gain insights on trials and new ideas while reducing costs by reaching conclusions more quickly. With the current proliferation of Big Data and cloud technologies, all companies have access to immense processing power to build models and generate analytics to create their next drug or device designs — or to scrap designs that don’t meet standards. The costs related to the development of the data analytics models and the personnel utilizing the data to make R&D decisions have potential to qualify for the research credit.

With recent data breaches and cyberterrorism cases, data security is now one of the major concerns for life sciences companies and governmental agencies such as the FDA, Federal Communications Commission, and Federal Trade Commission. In the FDA’s recent draft guidance on software, emphasis was placed on ensuring confidentiality, integrity, and availability of information in medical software. The investments that companies make to further safeguard drug, device, and patient data is an area of opportunity for the research credit.

Consolidation among hospitals and insurers has made it necessary for a company to drive more than just marginal product innovation in order to justify product adoption. A strategy companies can implement to achieve higher product functionality and obtain reimbursement is to specialize in products incorporating service components, thereby offering higher quality of care at a lower overall cost for the health system. Development of these new integrated products and solutions can be technologically challenging and often requires expertise in areas such as material sciences, biochemistry, software, product strategy, design, manufacturing, materials selection, product testing, mold flow, failure effect and analysis, and predictive engineering. Work done by each of these cross-functional teams could qualify for the research credit based on its contributions to the final design. In different situations, a company may collaborate on research with outside institutions such as other corporations, college research labs, think tanks, and outsource organizations. The dollars provided to the company’s collaborators may also qualify, subject to a review of the intellectual property rights and financial risk rules within the negotiated contract.

To substantiate the credit, a taxpayer should gather documentation that creates a nexus between the costs incurred and the activities performed. Examples of supporting documentation vary from company to company, but can include lab notebooks, specification documents, computer-aided designs, status updates, presentations, white papers, test results, patent applications, and emails. Establishing the connection between specific expenditures and research performed by the taxpayer fulfills the supporting documentation requirement. In addition, there usually is a minimally invasive interview process of key scientists and engineers for collection of additional support. The interview process of key personnel allows the taxpayer’s accounting department or outside consultants to effectively marry up the tax law with the qualifying scientific undertakings.

A QUALIFYING R&D EXAMPLE
An actual example we had in our life sciences practice included a small pharmaceutical company that undertook a project to synthesize a chemical compound and improve the related chemical synthetic processes. The compound was intended to be used to treat breast cancer that is advanced or has metastasized. The optimal synthesis pathway that would optimize yield and purity and the ability of the company to successfully implement the synthesis were unknown. Additional challenges that were unknown at the beginning of the development, but which presented themselves during the process, included loss of material on drying, optimization of crystallization temperature to increase yield, and yield loss when incorporating a wash after solids isolation. All of the activities involved in this project were technological in nature and relied on synthetic organic chemistry and analytical chemistry. The development involved substantial laboratory work. After extensive analysis of the expenditures and interviews with the key scientists involved in the project, it was determined it qualified for the purposes of the R&D Tax Credit. The client was able to obtain $176,000 in federal credits and an additional $128,000 in state research tax credits.

R&D CREDIT OUTLOOK
Although the credit has been extended 15 times since its inception in 1981, as of November 2014 it has not been renewed for tax years beginning after Dec. 31, 2013. The U.S. House of Representatives has recently approved legislation (H.R. 4438) that would permanently extend and simplify the R&D Tax Credit, as well as raise the percentage used in ASC methodology from 14 percent to 20 percent. The U.S. Senate has also passed legislation (S. 2260) that extends the current R&D credit through 2015 and allows some start-ups to claim the credit against payroll taxes and allows some privately held companies’ owners to claim the credit against their alternative minimum tax (AMT). Neither piece of legislation has yet been enacted. Taxpayers should do the minimum groundwork necessary now to make an assessment as to whether or not they can qualify for the research credit, so if it is extended or made permanent they will be well-positioned to take advantage of this powerful opportunity.

Update:  On December 19, 2014 President Obama signed into law The Tax Increase Prevention Act. This legislation retroactively renews a collection of expired tax provisions for both businesses and individuals, commonly referred to as “tax extenders”. Tax credits and deductions for businesses make up more than half of the estimated $42 billion per year package including the Research and Experimentation (R&E) tax credit, The Renewable Energy Production tax credit, as well as bonus depreciation and Section 179 deductions.

The R&E tax credit, also known as the Research and Development (R&D) tax credit is considered the largest single item in the package, and while its renewal through tax year 2014 is certainly beneficial to participating businesses, proponents of the powerful incentive were hoping this would be the year that it was made permanent. As it stands this will be the 16th time that the R&D tax credit has been temporarily extended since its original enactment in 1981, and unfortunately it will already expire again on January 1, 2015. The good news is that for calendar and fiscal year end entities, there is still time to conduct an R&D study in order to claim the credit on a timely filed 2014 return and as a result of this year’s Congressional efforts businesses should be more confident that the R&D tax credit will be made permanent next year.