The Space Squeeze: One Challenge In Building A Biopharm Lab 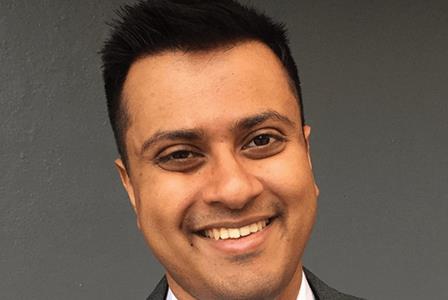 WHAT’S THE DRIVER BEHIND KENDALL SQUARE’S SPACE SQUEEZE?
The biotech space crunch is driven by the fierce competition between early-stage startups and Big Pharma for access to innovative research ecosystems like Kendall Square. It is a battle between the Johnson & Johnsons of the world that want to lease 150,000 rentable square feet (RSF) and the Oncoruses of the world that only need 2,000 RSF. Both types of companies need the space for different reasons, but ultimately they’re all after the same prize: lab space in the heart of Kendall Square.

The goliath of this situation is taking all the cake off the table and leaving barely crumbs behind for the small, innovative companies that are actually driving the future pharma pipelines with future partnership opportunities.

According to JLL’s Q2 report on the Kendall Square lab market, there is virtually no vacant space left as biotech companies are continually flowing in at rapid speed. In Q2, direct vacancy sat at 0.8 percent, dropping below 1 percent for the first time since 2001. With companies willing to pay large sums of money for space, landlords have upped the rent, which is now at an all-time high. In fact, the average rent climbed to $65.33 per square foot triple net in Cambridge last quarter.

Emerging life sciences companies need both business and lab space when considering a location. The R&D space should be able to accommodate the company’s specific type of research and support the continuous stages of evolution throughout the R&D process. One trend we’ve been seeing here in Kendall Square is that landlords are starting to convert space from office to lab in an effort to meet the market demand.

A NEW OPTION
Accelerated commercialization spaces offer a crossroads for partnerships with life sciences companies, CRO service providers, instrumentation vendors, and investors. It can take four to seven months to build out a traditional lab space; however, by using accelerated commercialization spaces, biopharmaceutical companies not only save start-up time, but also money by avoiding the high price tag associated with a traditional lease, sourcing operations, support, and hiring. These arrangements can be especially helpful when a company only needs lab space for a specific amount of time (e.g., three years).

The heart of Kendall Square is home to life sciences and biotech businesses ranging from fledgling startups to mature pharmaceutical companies. As lab space in the area continues to become more absorbed every day, competition among companies remains relentless. With little relief in sight, more and more companies are turning to accelerated commercialization spaces and accelerators to help them overcome time, money, and space hurdles on their way to achieving milestones.