Eastern Europe is becoming the new bright spot for clinical trials by offering significant opportunities and the fewest challenges of any of the emerging regions, according to a recent IQPC survey of pharmaceutical executives. 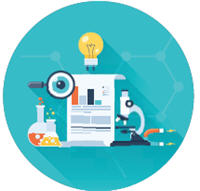 Benefits include an eagerness to participate in clinical trials to access cutting-edge medications and many treatment-naïve populations. Additionally, the complexities of conducting clinical trials and of importing and exporting materials and patient samples into or out of these countries are well-known, so challenges can be addressed proactively.

Some of the benefits of working in Eastern Europe come from the expertise of its professionals. “In Russia, principal investigators must demonstrate five years of experience participating in clinical trials,” says Francisco Vega, Ph.D., VP of study start-up and global clinical operations at inVentiv Health Clinical UK. Similar requirements exist throughout many Eastern European countries, producing investigators with several years of experience conducting high-quality clinical research that can be verified before sites are qualified.

Additionally, Eastern Europe offers willing participants. “There’s significant interest throughout Eastern Europe for any product that could increase the standard of care,” Vega notes. Biosimilars, for example, are particularly popular in Eastern Europe because the innovator drugs aren’t widely available. Therefore, participating in clinical trials increases patients’ treatment options. Consequently, Mosiej says, “Patients and investigators are very motivated to participate in clinical trials, so they adhere to the required standards.”

Participating in clinical trials, regardless of where they are held, increases patients’ treatment options. The difference is that patients in Western Europe and North America already have wider options than patients in Eastern Europe. The drugs undergoing trials in Eastern Europe may not be considered novel in Western markets and may even be commercially available. That’s also true, albeit to a lesser extent, in Asia-Pacific nations in which the standard of care generally is improving.

The centralized healthcare systems common throughout Eastern Europe funnel patients into a few specialized centers, making it easier to identify patients who meet protocol criteria and to treat a large number of patients at one site. Eastern European populations remain more homogeneous than those in North America and Western Europe, Vega says, which can be beneficial for testing drugs in which pharmacokinetics vary according to genomic differences that are reflected as ethnicity.

CHALLENGES INCLUDE REGIONAL CONFLICTS, REGULATIONS
Eastern Europe can be divided into nations that adhere to European Medicines Agency (EMA) guidelines and those with their own internal standards. “There are no issues getting drugs into EMA signatory countries (which include Czech Republic, Poland, Romania, Lithuania, and others),” notes Robert Arbeit, M.D., VP of clinical development at Idera Pharmaceuticals. Russia, Ukraine, and Serbia, however, do not adhere to the EMA guidelines for clinical trials.

Despite the opportunities in Eastern Europe, the conflict between Russia and the Ukraine is making some sponsors nervous. “Aside from the areas of fighting, however, the ability to get drugs into or out of those countries, distribute drugs inside the countries, and access patients hasn’t been affected,” Vega maintains. That said, inVentiv uses remote monitoring in the eastern Ukraine because military operations have prevented the site consultant from traveling to some trial locations.

Eastern European nations typically take longer than the EU to approve requests to conduct clinical trials. Vega says the regulatory burden in Eastern Europe is similar to that of China, but applications move through the system faster and with more assured outcomes. “In the EU, companies can expect a request to be approved within 60 calendar days. But in Russia the period is 60 working days, and authorities start and stop the clock to send questions, so the review time is extended and may total three to four months.” Ukraine, with a hybrid version of the EU and Russian systems, also takes longer for reviews than EU nations.

Once approved, expect to provide additional support to study sites, too. “When running clinical trials in Eastern Europe, it is often necessary to provide support in terms of infrastructure — developing standard terminology. For example, “stillbirth” is defined differently in various countries. “Study-specific training and sometimes any accompanying treatments also must be provided,” Mosiej says. Study sponsors also may need to translate trial protocols, informed consent documents, and other materials into local languages.

IN-COUNTRY DEPOTS ALLEVIATE PERMIT AND LICENSE BURDENS
The key question when shipping medicines to nations that do not adhere to EMA guidelines is whether they will issue a blanket import license for all shipments of that drug or whether each shipment will require a separate import license. Arbeit says if they require separate import licenses, “Delivery is no longer predictable because of this added layer of bureaucracy, which is out of the shipper’s control."

Among EMA signatories, the challenge is to establish a drug depot and a qualified person, Arbeit says. “Qualified person” refers to a designated individual who is professionally responsible for reviewing the documentation and guaranteeing that, according to those documents, good manufacturing practices were met. “This is not a situation in which you can fax documents and expect them to be signed off,” Arbeit says. “That person will want to see audits, batch records, and certificates of analysis, even if the drug is FDA-approved. The process can take at least one month.”

Arbeit recommends establishing a depot within the EU from which companies can ship into EMA-signatory countries easily. Even in countries that have not agreed to the good distribution practices (GDPs) advanced by the EMA, establishing an in-country distribution depot is a good idea because it adds flexibility to clinical trial supply.

Without a depot, manufacturers would ship directly to trial sites. “Those sites aren’t required to maintain GDP standards,” Arbeit explains. “They canuse refrigerators with monitors, with or without dual-power backup.” Once at a trial site, however, product can be dispensed to patients but cannot be moved among sites.

Working through a GDP depot in-country, however, sidesteps the challenges of restocking multiple sites as well as the need for multiple import licenses. With this approach, the trial sponsor can export the drugs that will be needed for one year, for example, under one license and dispense them to trial sites as needed. “And, because the depot is a GDP facility, you can recover unused drugs once the trial ends,” Arbeit says. “It makes the drug supply very predictable.”

PARTNER TO CLEAR LOGISTICS HURDLES
The primary challenges in conducting clinical trials in Eastern Europe and many other regions are logistical — getting drugs into a country and patient samples out. Therefore, partner with experienced vendors and customs brokers. Ukraine, Russia, and Serbia, in particular, have specific transportation requirements. The differences include using a different rail gauge for railways, thus requiring cargo to be transferred to other rail cars when they reach the border.

Vega suggests verifying all of the documentation accompanying the products is approved by customs brokers and that the declared value is accurate according to their definitions prior to shipping. He recommends testing this with a dummy shipment.

At the border, Vega warns, products may sit in customs for three days with cold chain packages mixed with those lacking temperature requirements. Therefore, he recommends either active packaging or passive packaging with long hold times. Cold chain issues go beyond that, however.

“The airports we use in Moscow and Saint Petersburg each have large refrigerated rooms with expected temperatures between 2° and 8° C,” Vega says. “However, these rooms aren’t certified for life sciences. Temperature fluctuations occur. Airport management can’t guarantee conditions within the rooms.” Ukraine’s Kiev International Airport also has temperature-controlled facilities. But even before the outbreak of hostilities, staff didn’t follow strict procedures during customs clearance, according to Vega.

To resolve that challenge, Merck works closely with local vendors. Several wellknown CROs work in the larger Eastern European countries. “We advise verifying their ability to operate in smaller countries in that region [e.g., Belarus] and manage shipments and translations in a timely and effective manner,” Mosiej says.

Choose contractors with close ties to the countries in which they work. They have a vested interest in the trial’s success and, therefore, are likely to take greater care of the shipment, even walking it through customs to ensure it is handled appropriately by customs officers. “Some vendors have their own temperature-controlled facilities and are licensed for customs procedures,” Vega says. “In those cases, shipments are transferred directly from planes to these facilities, so customs checks are performed on their premises.” By choosing depots with robust temperature controls, manufacturers can ensure their drugs are not released to sites until temperature maintenance throughout transit has been confirmed.

All these factors are important, but so are language skills and cultural fluency. When considering Eastern Europe, ensure your partners have not just the medical and logistics skills needed to run a trial smoothly, but that they speak the local language fluently and know how the clinical trials bureaucracy works in the country in question. Only then can all the pieces of running a successful clinical trial fit together.