In late Phase 2 with a new DMD contender — attacking two targets at once. 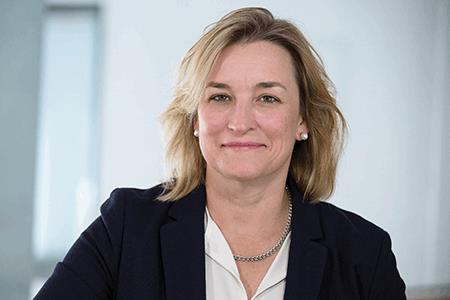 Catabasis is focused on rare diseases, in Phase 2 development with edasalonexent (CAT-1004) for Duchenne muscular dystrophy (DMD). In earlier development is CAT-4001, for treatment of neurodegenerative diseases such as Amyotrophic Lateral Sclerosis (ALS) and Friedreich's ataxia, along with other “bifunctional product candidates” created with its proprietary SMART (Safely Metabolized And Rationally Targeted) Linker discovery platform. Its CAT-2000 series of candidates inhibit Sterol Regulatory Element- Binding Protein (SREBP), a master regulator of lipid and cholesterol metabolism implicated in severe hepatic conditions from fatty liver disease to cancer.

WHAT’S AT STAKE
There is an obvious timeliness issue with Catabasis that deserves observation but should not eclipse the whole of the company — its Phase 2 candidate for treating DMD. If for no other reason, the product warrants attention because the FDA recently approved the first-ever DMD drug, Sarepta’s eteplirsen. The approval came despite wide agreement on the scarcity of clinical evidence, especially for the drug’s efficacy, triggering great controversy about whether the decision signaled a drop in the agency’s standards. And here comes Catabasis with another DMD candidate, taking a new approach to the disease entirely.

Among the dozens of DMD therapeutics in development by various companies, Catabasis’ edasalonexent is one of the few that would treat all cases, rather than those specific to a particular gene mutation, aiming to halt or even reverse the disease. The drug targets the NF-κB (nuclear factor kappa-lightchain-enhancer of activated B cells) pathway. Lack of dystrophin in the muscles of boys with DMD makes muscle fibers more susceptible to mechanical stress, which activates the NF-κB pathway. Activated NF-κB drives muscle degeneration and suppresses the ability of muscle to regenerate. “We’ve designed edasalonexent to inhibit NF-κB because we believe it has the potential to slow muscle degeneration and to stimulate muscle regeneration, both of which may allow patients to retain muscle function longer,” says Dr. Jill Milne, cofounder and CEO of the company.

Milne founded Catabasis to create a way to make drugs that simultaneously target more than one central pathway for a given disease. The company built its SMART Linker platform to engineer “bifunctional candidates” by conjugating two bioactive compounds in the same agent. According to Milne, the conjugated drugs have the potential for enhanced efficacy and improved safety compared to separate, nonconjugated forms of the active compounds. That is because the oral-dose conjugates only cleave apart and become active against the disease pathways once they reach the inside of a cell. Edasalonexent is a conjugate of salicylate and docosahexaenoic acid (DHA), which inhibit NF-κB at two different locations. Interestingly, the company just entered a research collaboration with Sarepta to study the combination of an exon-skipper from Sarepta with an NF-κB blocker in a mouse model.

Milne welcomes the FDA's first approval of a DMD drug. “We view the accelerated approval of eteplirsen as a positive one, and it is evident that the FDA recognizes the profound unmet need,” she says. “The FDA has reached their own conclusion based on their own analysis, and we believe there are lessons to be learned from the actions of the FDA in any regulatory environment. However, this does not change our overall approach, as we remain deliberate on a datadriven strategy for a drug candidate that may benefit all boys with DMD. We plan to continue to execute on a placebo-controlled trial that uses magnetic resonance imaging, or MRI T2, as an objective and quantifiable biomarker of muscle health.” Milne stresses the importance of the patient community, especially the DMD group, as a “driving force” in the development of its clinical pipeline.