Women In Bio: Looking Through The Glass Ceiling

Back in 2010, Life Science Leader published “Women In Biopharma: Analyzing The Glass Ceiling,” which looked at the experiences of women in biopharma. It’s time to see whether things have changed.

The pharmaceutical and medicine manufacturing industry overall is a roughly 50-50 split and, as shown in Figure 1, sales, service, and professional posts are nearly evenly split between the genders, with slightly higher numbers of women in the sales and professional roles. However, as people become more senior, the gender split changes, with around 60 percent of first- and midlevel management and 70 percent of senior and executive level management roles going to men.

“The drop-off begins at the executive management level, as well as on the boards,” says Ursula Ney, previously the CEO of Genkyotex and currently on the board of directors at Discuva. “You need executive experience to be able to get onto boards, and board experience can help you to gain executive roles. It’s a vicious circle.” 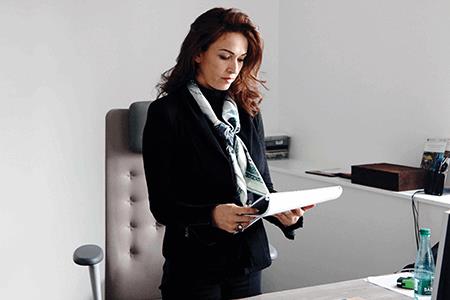 "When I started in biopharma, attending research and business meetings, I was surprised by the overrepresentation of men. I had expected health to be a more feminized area."

This disparity isn’t just a challenge for pharma and biotech. In 2015, the representation of women was just 17 percent on the Nasdaq 100 boards. In the U.K., on the FTSE 100 boards (Financial Times Stock Exchange 100 Index, an index of the 100 largest companies listed on the London Stock Exchange), the figure is better but is still only around a quarter, according to the Financial Times. However, the number of female CEOs and CFOs is higher in the U.S., reaching 17 percent, compared with 11 percent outside the U.S., according to the 2015 MSCI Women on Boards: Global Trends in Gender Diversity on Corporate Boards report. MSCI is an independent provider of research-driven insights and tools for institutional investors. The report used data from its MSCI World Index, which represents large- and mid-cap equity performance across 23 developed world markets.

“When I started in biopharma, attending research and business meetings, I was surprised by the overrepresentation of men. I had expected health to be a more feminized area,” says Karen Aiach, founder and CEO of Lysogene.

“I have been involved in the life sciences for over 20 years, and I have seen changes in both Big Pharma and startups, with an increase in the number of women at high levels,” says Isabelle de Cremoux, CEO of Seventure Partners. 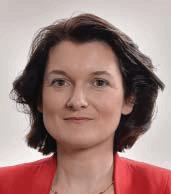 "I have been involved in the life sciences for over 20 years, and I have seen changes in both Big Pharma and startups, with an increase in the number of women at high levels."

THE IMPORTANCE OF WOMEN IN THE INDUSTRY
The pharma and biotech industry has been managing for many years without women in senior roles. So is this actually a problem, and does it need to change? The data says yes. According to the MSCI Women on Boards: Global Trends in Gender Diversity on Corporate Boards report from MSCI in late 2015, companies with three or more women on their boards, or with a female CEO and at least one female board member, had a 10.1 percent return on equity, compared with 7.4 percent for companies without strong female leadership. This translates to a 30.8 percent difference. The same report suggests that the companies with more senior women are less likely to be involved in fraud, shareholder conflicts, and bribery.

“Having women on a board brings in a diversity of points of view,” says Anna Protopapas, president and CEO of Mersana Therapeutics. “I believe that diversity means better judgment, which means a better bottom line.”

Behshad Sheldon, president and CEO of Braeburn Pharmaceuticals, agrees: “Diversity is core to innovation and brings in diversity of thought. Otherwise, it’s the same players making the same plays.”

For an industry that starts with a 50-50 split at entry, not having women at senior executive and nonexecutive levels also excludes a talent pool of highly educated people with different perspectives, experience, and management and debate styles. It also has an impact on the career aspirations of women at lower levels. Seeing only men progress can be demoralizing and demotivating, which in turn will contribute to the attrition in numbers of women.

CHANGING TO A MORE GENDER-DIVERSE BOARD
For companies that want to bring women through to higher levels, attitudinal changes need to be made. This is exemplified by a party at the annual JPMorgan Healthcare Conference in 2016 that made headlines for all the wrong reasons. LifeSci Advisors chose to deal with the imbalance of the sexes at the conference in a rather sensational way. In what Michael Rice, founding partner of LifeSci Advisors, now accepts was a mistake, the investor relations company wheeled out models in short, tight black dresses to distribute champagne and mingle with the largely male guests at an evening bash at the Exploratorium in San Francisco.

This resulted in an open letter to the biopharmaceutical industry and its investors from Kate Bingham, managing partner at SV Life Sciences Advisers; Karen Bernstein, cofounder and chair at BioCentury Publications; and a host of women (and men) across the pharma and biotech industry. Rice and the team at LifeSci Advisors, to their credit, subsequently took this criticism on board and made some major changes within the company, as well as putting in place some potentially more far-reaching projects.

“We have created an advisory board on gender diversity, including Kate Bingham and a number of other women, and worked to understand the issue of representation of women in the industry,” says Rice. “We have doubled the number of women internally at LifeSci Advisors and created a number of projects that support diversity.”

Ney, of the Discuva board of directors, also joined the advisory board of LifeSci Advisors following the JPMorgan furor, pointing out that it did at least bring the role of women into the headlines. LifeSci Advisors is the founding sponsor of Women in Bio’s “Boardroom Ready” program that is also supported by MassBIO and Biogen. This program is designed to provide women with board training and support them in accessing board and executive roles in the industry. But is this just another PR stunt? According to Rice, this has awoken a genuine passion for gender equality, along with a pragmatic recognition that women at high levels are good for business.

“It’s all about the data — a diversified board leads to higher return on equity, sales, and capital,” says Rice. “Not only is it the right thing to do, it’s just good business.”

Without resorting to headline-making, other companies are working to bring women into senior roles. As Protopapas says, the industry starts with around a 50-50 split, which puts it ahead of many industries. But why are men only recruiting men at C-suite and board level when there are women out there with the right skills? 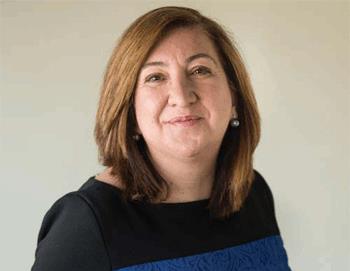 "Having women on a board brings in a diversity of points of view. I believe that diversity means better judgment, which means a better bottom line."

“This is the dynamic that exists. While management teams are struggling to move drugs through pipelines and onto the market to get a return on investment, they aren’t focused on making changes in the C-suite,” says Rice.

Recruiting women for senior roles can require a concerted effort from women currently working at higher levels, while not compromising on requirements for skills and expertise.

“At Braeburn later this year, we will have four of the nine posts in the management team filled by women, and I will be adding women to the board. However, I don’t recruit women only for their gender, but for their talents, skills, and expertise,” says Sheldon.

Aiach supports this, saying, “At Lysogene, we have a majority of women at the C-level. We looked for the right people and provided our headhunters with very objective parameters. We also have a majority of women on our board — in our last round of funding, we worked with VC companies with female leadership, and as a result we welcomed three women VC board members.” 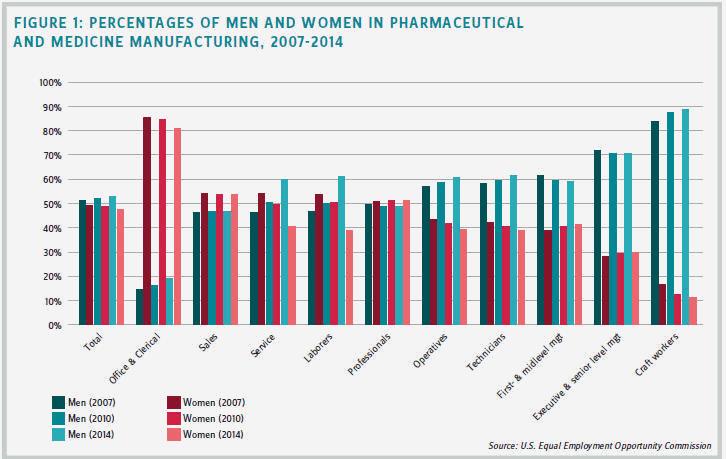 Another approach, which Sheldon used in her time at Otsuka, is to promote women from within the ranks, often involving double or triple promotions. These individuals would require specific support in their new roles and are examples of where mentoring can be very powerful.

“I would rather have a goal than a quota — for example, a certain proportion of women in the C-suite,” says Protopapas.

HOW WOMEN BALANCE WORK AND LIFE
Women often shoulder the bulk of household responsibilities and so can find that they have to make compromises in order to balance both work and life.

“I have had to make sacrifices, and I believe that it has taken me longer to get here than it would have if I hadn’t been a single parent,” says Sandra Gunselman, vice president of laboratory operations at Assurex Health. “I have also had to learn to balance the conflicts between ambition and parenthood, and I think these factors have helped me in my success.”

Aiach agreed that logistics can be a hurdle, but that working together as a family makes it possible for her, even with a severely disabled child. For others it means looking at priorities and identifying what is and isn’t important. Sheldon worked out what she could do without — for her it was laundry and keeping up with pop culture. Employers are also looking to see what they can change and at the benefits that these changes have for both male and female employees.

“It’s important to remember that these days, more men are juggling families, too,” says Ney. “If you can compromise with people as an employer, you will get the best out of everybody. By moving away from old-fashioned patterns, you will make it easier for both women and men.” 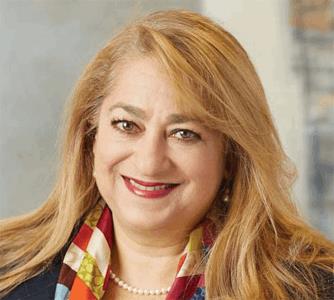 "At Braeburn later this year, we will havefour of the nine posts in the managementteam filled by women, and I will  be adding women to the board. However, I don’t recruit women only for their gender, but for their talents, skills, and expertise."

WHAT PHARMA CAN LEARN FROM CHARITY
The pharma industry can learn from the charity sector, where around two-thirds of the workforce is female, and female executives make up around half of the higher levels, according to Helen Rippon, CEO of Worldwide Cancer Research.

“I think the charity sector recognizes that you need a work-life balance and is more comfortable with flexible working, and this does help women. When I had my son, I found it easier to sort out working four days a week than my husband, who works in the pharma industry,” says Rippon. “It isn’t unusual for directors to work flexible hours or part-time or juggle meetings and travel around childcare. Earlier in my charity sector career, a new director was appointed when she was visibly pregnant. Her impending maternity leave was no barrier to her career progression, and she was valued for her skills and abilities regardless. I wonder in how many other sectors would that have happened?”