Mike Hooven is a long-standing fixture in the Cincinnati medical device scene, and his newest company will surely gain him further recognition. But it was a number of failures throughout the years at multiple business ventures that forged the road to his eventual success.

Trained as a mechanical engineer, Hooven came to Cincinnati in 1988 to work for Ethicon Endosurgery, a division of Johnson and Johnson, as director of new product development. During this period, he directed a team of 200 engineers, developing a range of 100 new products. But his long-term plan was to start his own company. So, in 1994 he left Ethicon with a lot of experience, but not much cash.

Hooven then reconnected with Norman Weldon, who had been his mentor when he worked on neurosurgical devices at Cordis (a medical device company, now part of Cardinal Health) in the early 1980s. Weldon had been CEO at Cordis and had left to start his own VC firm along with partner Karen Cassidy. Weldon offered Hooven $100,000 in startup money, but Hooven demurred. “I didn’t want to accept that kind of money until I had a product worthy of the investment; so I only took $3,000 from Weldon, Cassidy, and a founding member of Ethicon Endosurgery, Rick D’Augustine.” Hooven cashed in all his stock options at J&J for $22,000 and started Enable Medical Corporation in April 1994 with a total of $25,000.

Partnering with his wife, Susan Spies, as chief administrator, they brought a literal mom-and-pop company to life in his basement. Hooven started working with University of Cincinnati surgeon Daniel Smith, who had just finished a residency at Mayo Clinic. Hooven and Smith labored for weeks evaluating surgical procedures in the animal lab and in three months came up with two product ideas. Using videos of the products — and with Weldon’s help — Hooven raised an additional $325,000 on top of Weldon’s initial offer of $100,000 for a total of $425,000.

In the following six years, Hooven built Enable into a full manufacturing and sales organization with a staff of 50 people. In November 2000, he developed a new technology for surgical treatment of atrial fibrillation and spun out a new company, AtriCure, using traditional venture financing. 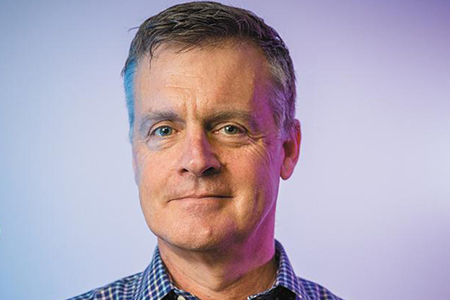 The AtriCure bipolar ablation system was made commercially available in the U.S. in 2001. “The product made surgical ablation much faster, safer, and more effective, and its rapid acceptance enabled us to raise a lot of cash and expand the company,” he stated. On the other hand, Hooven, throughout his career, has not neglected the NIH SBIR program as an alternative funding source. “We’ve applied for a dozen or more [of the grants] and have hit pay dirt five or six times,” he offered.

Hooven was part of the team that took AtriCure public in 2005, and he remained active with the company until 2008 when he left to begin his next venture, although he remained as a director at AtriCure until 2017. For almost two years, Hooven explored a wide variety of medical specialties including otolaryngology, orthopedics, urology, and ophthalmology. In 2010, while consulting parttime with CincyTech (a public-private seed-stage investor in Southwest Ohio), he teamed up with Children’s Hospital in Cincinnati to develop a painless way to administer children’s vaccinations. As a result, he founded Enable Injections. By this point he had a track record and was able to raise $200,000 in initial seed funding with CincyTech, Children’s, and the three original Enable Medical investors.

The goal at the new company was to completely remake the way medical therapeutics are injected into patients. They developed prototypes of syringe-free injection devices at Children’s, taking advantage of the hospital’s expertise in pain alleviation.

The first “painless-injection device” worked well, but required the pharma company to fill it with the drug on the manufacturing line. Every company that was contacted turned Hooven down because filling a drug into a “custom” container was too costly and risky. So Enable redesigned the device to use a modification of the original vial. This new configuration got slightly more traction, but there was still a problem (as there was with the standard container) — it was too bulky to be practical. One final problem the product faced was that painful drugs would have to be injected over an extended time frame, which the device was not designed to do.

Hooven and his team decided to pivot the business and start again from scratch. They resolved to become injection experts and began researching the literature. “I remember arguing about continuing to pursue a ‘fix,’ or trying to utilize some of the things we’d already spent a lot of money on, and I said, ’No, we’re not going to use part of something that doesn’t work just because we’ve already spent a lot of time or money on it; we need to come up with the best solution to the problem.’”

Combined with the work at Children’s, they recognized that there are at least five factors contributing to injection pain: the size of the needle, the rate of injection, drug composition, temperature of the material, and the person doing the injection. So all of these factors need to be taken into account for a device to be “painless.” They also realized that they had to use the original primary container for the drug, either a syringe or vial.

With the input he had from conferences and pharma executives, Hooven felt there was going to be a significant market for a body-worn injector that could deliver very high volumes (3mL to 50mL) of drug. The Enable team of four people — Hooven, Matt Huddleston, Dave Stefanchik, and Renee Palmer — came up with an injector design known as EnFuse, that looks like half of a yoyo, about 4 cm in diameter and 2 cm in thickness, combined with a “transfer base” that allowed the user to easily transfer the drug from a vial or syringe to the injector. The injector and the transfer base are disposable. A retractable 32-gauge needle is built into the bottom of the injector, and when attached onto the patient’s abdomen through an adhesive backing, it can be activated by pushing a button on the upside of the module. This causes the needle to enter the patient, traveling a distance of only 6 mm. Once the EnFuse module is filled, it is simply removed from the transfer base and applied to the patient for infusion. The patient is free to move unencumbered while the drug is being administered subcutaneously. Since the needle is never visible, there is less stress on the patient.

Hooven has struggled over the years through a variety of problems and setbacks. At one point he felt he was looking over the brink of the abyss. “In 2011 I had started Enable and was in the process of raising a seed round of $2 million when I got called back to AtriCure to act as CEO after the company lost most of its management team. Right after taking on this double duty, the R&D head at Enable called and said, ‘We’ve been running tests in the lab, and the technology doesn’t work’. So here I was with my two companies, one without a CEO and one without a technology.”

Today, though, the Enable injection system is well on the road to the marketplace. The company has completed its initial manufacturing cycle and is initiating clinical trials. Hooven is aiming for a market introduction date of 2020. “I never thought we weren’t going to make it, but at some points I didn’t know how we were going to make it,” he concluded. 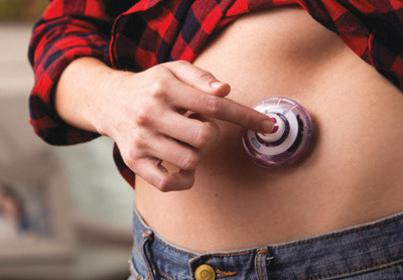 The EnFuse was the result of Mike Hooven's prediction that there would be a significant market for a body-worn injector that could deliver very high volumes of a drug.