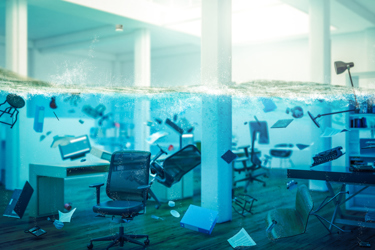 Some companies in the pharmaceutical, biopharmaceutical, and medical device industries mistakenly believe that hiring consultants is quicker and more efficient that hiring a full-time employee. This thinking fails to factor in the time and economic investment required for a thorough recruiting process and a training program to ensure consultants are in alignment with the company’s culture, quality management systems, validation systems, infrastructure systems, information technology systems, and policy paradigms. A lack of focus and attention to details on the front end when selecting consultants, whether through an internal human resources (HR) department or an external recruiting firm, can be extremely costly in the long run.

This article will discuss a real-world example in which a pharmaceutical company worked with a recruiting firm to quickly hire consultants to fill roles and vacancies — without conducting a proper reference check and employment history verification and without ensuring that the consultants’ resumes actually matched the job responsibilities. We will look at the short- and long-long term ramifications of these mistakes, as well as recommendations for how to avoid such situations in your engagements with consultants.

Problems From The Very Beginning

Following its acquisition of a U.S.-based company, an international pharmaceutical manufacturer needed to hire additional personnel to implement its quality management system (QMS) at its new business. The manufacturer (the “client”) decided to contract an external recruiting firm to hire and onboard six consultants to complete a list of information technology (IT)/computer systems validation (CSV) and automation projects, as well as equipment validation work to get the U.S. company up to speed with the new QMS and to facilitate FDA approval of its products within a projected time frame.

Of the six consultants hired, four were assigned inappropriate roles at the pharma company. Two consultants that were hired for QA roles supporting the CSV, IT, and automation departments were assigned roles supporting the equipment and process validation departments, and vice versa. Unfortunately, recruiting company management did not arrive on-site until more than a month after the project began, so the mix-up was not immediately identified and rectified.

The solution could have easily been avoided by better communication between the recruiting firm and the client, as well as by developing a better plan for onboarding the consultants prior to the commencement of the project.

Those five consultants were not immediately replaced. So, only one of the original six consultants remained on the job, juggling multiple responsibilities in a QA role supporting the IT/CSV/automation departments. As the project progressed, more and more protocols needed to be reviewed, and before long the consultant was working longer hours, including weekends for several months. In response, the client decided to hire one additional consultant to support him.

When the new consultant was on board for seven months, the original consultant noticed that his counterpart was unable to perform even simple tasks, despite being sufficiently trained and supported. After the new consultant was on the project for almost 10 months, the original consultant still needed to constantly provide help/support, since they were part of the same team and the client was growing impatient with delays on the project caused by retraining additional replacement consultants.

Almost two years into the project, the client approached the original consultant to request a contract extension of at least another year, also indicating that it only had the budget to extend one of the two remaining consultants. The consultant explained that most of the scripts he had been hired to help design were already completed and that only minor changes to the templates would be needed moving forward. Regardless, the consultant said he would get back to the client at least two weeks prior to the end of his current contract.

How This Mess Could Have Been Prevented

Rather than allowing the recruiting firm to quickly hire consultants within the shortest possible time frame, the pharma company should have ensured the following tasks were performed prior to accepting any candidates for either short- or long-term projects:

This entails checking at least five references with previous direct reporting managers from the client side — not friends or other consultants who happen to be in congruence with the potential hire. If the consultant hesitates to provide good references, it should be a serious red flag. Excellent consultants have nothing to hide and can easily provide this information without any hassles.

Also, consider using a combination of references from the same client — e.g., a colleague working in the same group, an employee from another department that was involved with the project, etc.

Some consultants may falsely claim to have earned a degree from a respected university and may even provide fraudulent evidence of such a claim. Hold out for an authentic or official proof, signed/dated by the respective authority of the university, coupled with communicating with the registrar’s office for academics (or equivalent) for additional confirmation.

3. Require consultants to provide detailed information about their previous assignments during the interview.

The recruiting firm should question the consultant about their responsibilities and tasks completed during their last five contracting engagements and/or full-time jobs. Document these activities for future reference and comparison (see tasks 4 and 5 below).

If there is any inconsistency between the two, then the consultant’s resume might not be a true representation of their experiences and capabilities. (Resume fraud is more common than you might suspect.)

5. Identify whether any large gaps in employment exist and determine the true reasons behind them.

All gaps in full-time employment longer than four months should be explored in detail. There may be valid reasons why such large gaps exist, but it is always safer to investigate these thoroughly prior to hiring the consultant.

6. Ensure alignment with the recruiting firm regarding onboarding.

The onboarding plan should be clear about the role each specific consultant is going to play, as well as providing details about first and second day onboarding/GMP training and other particulars.

Following these best practices will help avoid any confusion, misalignment, and loss of time and money on the part of all parties involved in a project. Skipping any of these elements, on the other hand, could result in delayed project completion due to quality deficiencies and unnecessary rework that could have been prevented in the first place.

Allan Marinelli acquired over 25 years of worldwide cGMP experience in Belgium, France, South Korea, China, India, Canada, and the U.S. under the FDA, EMA, SFDA, KFDA, WHO, and other regulators. He is currently the president/CEO of Quality Validation 360 Inc., providing consultation services to the (bio)pharmaceutical, medical device, and vaccine industries. Marinelli has authored peer-reviewed papers (Institute of Validation Technology), and chapters on validation (computer systems, information technology/infrastructure, equipment/process, etc.), risk analysis, environmental monitoring, and cleaning validation in PDA books. He is an associate member of ASQ (American Society for Quality) and a member of ISPE. Marinelli has provided comments to ISPE’s Engineering Baseline guideline documents, including a recent review of the new draft ISPE Good Practice Guide: Data Integrity by Design, projected to be published in 2020. You can contact him at amarinelli360@gmail.com and connect with him on LinkedIn.