A Sense Of Urgency — It Goes Beyond Just Drug Development 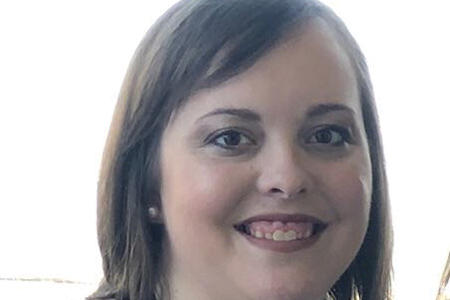 Suddenly I was a newlywed widow — two words that don’t belong together. John deserved a chance at a cure, but the current treatments for stage IV lung cancer only gave us the possibility of stable disease. We hoped John would become one of the patients who would be with us three, five, or perhaps even 10 years, but it was not meant to be.

More treatments for lung cancer have been approved by the FDA in the last three years than in the previous 15 years combined. But the depressing reality is that the five-year survival rate for a stage IV patient is still only 4 percent. More than half of patients with lung cancer will die within the first year of being diagnosed. With those statistics, I should be happy I had two years with John; I should be grateful we were able to have a wedding.

RUNNING OUT OF OPTIONS — AND TIME

John had a gene mutation called EGFR that was the primary driver of his cancer. He spent 14 months on Gilotrif that made much of his cancer disappear, and then stabilize. Unfortunately, cancer is intelligent and seems to be able to find ways to mutate around various treatments. Fortunately, we were able to pursue treatment of the next common EGFR mutation, T790M. Tagrisso, a medication approved right around when John was first diagnosed, gave him another six months without disease progression. It is worth noting that neither of these medications existed a little over five years ago, and combined they gave us an additional 18 months together. I am thankful to the scientists and researchers who made those 18 months possible for us.

Our next step was chemotherapy. A great deal has been learned about a combination of two chemotherapy drugs plus immunotherapy, so we believed it was our next best option. Regrettably, John didn’t respond at all to the treatment, and the side effects were extensive. We searched for options. We looked at clinical trials. We waited for further genomic testing in the hope it might help us with our decision. However, it took over a month for the results, and by then it was too late. His liver was too badly damaged to go on to another chemotherapy option.

For all the progress that has been made in the fight against cancer, the delays of testing and lack of new options meant fewer tools to fight off my husband’s aggressive cancer. From my perspective, the field seems focused on combinations of existing medications and immunotherapy, versus the development of truly novel agents. While I applaud the efforts by biopharmaceutical companies, researchers, and doctors to provide those suffering with the most precious resource of all (i.e., time), I implore all not to lose sight of the ultimate end goal of cures, and to do so as quickly and safely as humanly possible. With that in mind, let’s see what unnecessary bureaucracy can be removed to further accelerate the drug-development process. In today’s electronic age, it seems unconscionable that it should take a month to get one’s testing results. No matter how good a sense of urgency is felt by those working diligently in drug development, if other stakeholders are unnecessarily impeding progress, we are diminishing the chances of those who matter most — patients and their loved ones.

This guest column appears as part of a collaboration with Inspire, a million-member healthcare social network that helps life sciences companies connect with patients.

KRISTINE CHEROL was the primary caregiver to her husband, John. She now is pursuing a degree in nursing while being a lung-cancer awareness advocate.