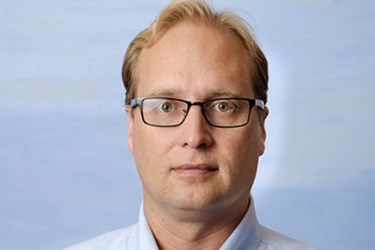 Getting a new drug, device or other technology from concept to working model is challenging, but generally speaking, the process draws upon a single skill set, talents in science and engineering. Developing that working model into a market-ready item, however, not only demands those talents but it also requires business and regulatory acumen that is not part of the academic development of most research scientists and engineers. The term “valley of death” for new technology arose because people like Thomas Edison and Steve Jobs are rare birds indeed, and getting the funding to make it across that valley is not easy.

There are some obvious ways to manage it. For those doing their research at a university, the technology transfer office provides some of what is needed. Harvard, for instance, has the Blavatnik Biomedical Accelerator. BBA made a deal with Merck in March “to further the development of small-molecule therapeutics for leukemia and other cancers. The novel compounds, developed in the laboratory of Harvard scientist Matthew Shair, Ph.D., offer an innovative approach to cancer treatment, targeting enzymes that regulate transcription.

If that isn't an option, grant money can push things along as well, and most researchers these days know how to write a grant request. Rarely, if ever, though, is that enough.

In the good old days, before the Great Recession, venture capital firms were willing to provide small sums for early stage firms, and that was often sufficient.

Times have changed, though, and the challenges have grown in magnitude. These days, the very same venture capital firms that would hand out a few dollars in the early stages now are idling their time, investing much bigger sums only after much more development has occurred.

“Most venture funds, for example, have become increasingly impatient to harvest returns from their investments, many expecting an 'exit' within only 2-4 years. This trend has been adverse for many biomedical technologies, since they generally have a much longer gestation cycle than communications, electronics or information technologies. In addition, many biomedical technologies require regulatory approvals, which further increases development costs and lengthens the investment cycle.”

The one thing that really has not changed is the amount of equity the venture capitalists want when they finally do invest. For those who are only interested in getting their idea into the marketplace, giving up 80 or 90% of their company may be acceptable. Jonas Salk refused to patent his polio vaccine because his focus was preventing that disease and not making billions for himself. Handing off the headaches of running a business to people who studied accounting and marketing rather than organic chemistry and electrical engineering may be the solution for many researchers.

After significant progress is made under the watchful eyes of the venture capitalists, there will be an initial public offering, and that will almost inevitably be for Wall St institutional investors. Retail or Main St. investors will have to wait to get in on the action.

Alternatively, you can go the friends and family route and use a reverse takeover (reverse merger) to go public in the junior markets like the OTC Market in the US (the AIM instead of the LSE). There are some very good arguments for doing this, not least of which is you don't give away control of your company and the intellectual property it possesses. Not everyone is a Jonas Salk, and if you can make millions for your family and friends, that is a lot more appealing than letting a venture capitalist sell your stock to financial institutions.

The downside to this approach, of course, is the added job of running a public company as well as being a researcher. Being public means meeting the SEC reporting requirements, form 10-Q and form 10-K, 8-K, Audits, Legal fees, Administration, et cetera. It also means talking to shareholders to keep them abreast of what's going on (ever mindful of not disclosing insider information); when you don't communicate with shareholders, they tend to sell when things go wrong either with your company or with their personal finances or when there’s just a lull in news flow or corporate events. You can outsource these functions to public relations and investor relations firms, but that's an added expense and requires experience to know the good ones from the bad ones.

You can avoid all of that by staying private, but that carries some baggage as well. Your friends and family don't have a market where they can easily sell stock if they need to do so. You will probably have more trouble raising funds on an advantageous basis as well because there is no “real market price” for your stock and value is in the eye of the beholder. Debt financing gets around this, but companies in the process of developing technology often don't have the revenue to service any such debt and this sets them up for a rude awakening if they’ve chosen the wrong type of debt players.

Sometimes, if you do make progress, Big Pharma will ride in, knight in shining armor fashion, to set you up. More often than not, though, the goal posts get moved again and again to the disadvantage of the developer and these days’ pharma are looking for more risk to be taken off the table.

Although the funding shortfall persists, there are some developments that are trying to address it. “The governments of Australia, China, Singapore and Taiwan, for example, have launched expansive programs of aggressive government-based financial and infrastructure support to capitalize on the financing difficulties occurring in the U. S.”

In Canada, the Province of Manitoba set up the Manitoba Technology Accelerator in 2006. It provides business mentoring, coaching, active participation, networking, infrastructure, finance and investment services. Its incubation program has the goal of helping member companies enter the market, secure investment, or get acquired. By providing a customized incubation program with a low-impact fee structure, The Accelerator makes it possible for member companies to achieve greater success than they could on their own.

The private sector's mirror image of that are the biotech accelerator funds and companies. These combine the best of the traditional venture capital and the newer genre of technology incubator, the business commercialization accelerator.

The change in funding mechanisms that have been forced on us by the Great Recession never changed the underlying fact that the Eureka moment only results in products that help patients if there is enough funding and commercial infrastructure to nurture them and accelerate them to that point. With venture capitalists becoming more tight-fisted with eyes on very large transactions, smaller and early stage developers need to consider other avenues – and I believe these new avenues are better suited to the needs of the developer, ‘Main St’ investors and patients than those we had before.

Denis D. Corin is Q BioMed’s President and director (www.qbiomed.com). Mr. Corin is an experienced public company executive and management consultant. He has worked almost exclusively in the biomedical field for over 13 years from large pharma and diagnostic companies to small innovative biotech. He has served in various senior executive roles and has been instrumental is building and restructuring businesses. Mr. Corin has raised millions of dollars in development capital to advance biotech businesses. Mr. Corin also served as a Management Executive and later as a Consultant to the executives and board of TapImmune Inc. until Dec 2015, a clinical stage immune-oncology company where had previously served as CEO and President. He has been a Director of Q BioMed, Inc. since April 2015. He served as a Director of TapImmune Inc., from July 2009 to May 2012. He holds a Bachelor’s Degree majoring in both Economics and Marketing & Advertising Management from the University of Natal, South Africa.