ADC: The Next Big Opportunity For Oncology Drugs 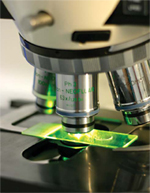 The commercial success of mAb products, such as Rituxan for B cell lymphomas, Erbitux for colon cancer, and Herceptin for breast cancer, has catapulted mAbs to the forefront of modern molecular medicine.

According to a recent report by GBI Research entitled “Monoclonal Antibodies Market to 2017,” the size of the global mAb market was estimated at $16 billion in 2011 and is expected to grow to almost $32 billion by 2017.

While engineered mAbs like Rituxan and Herceptin have proven to be effective therapeutic agents, researchers are increasingly evaluating the use of antibody drug conjugates (ADCs), or so-called “empowered antibodies,” as potential new treatments for a variety of cancers. But the size of the ADC market is difficult to accurately assess because there is only one approved product on the U.S. market today. Nevertheless, many pharmaceutical and biotechnology companies believe that ADCs represent an opportunity in the global oncology market in the not-too-distant future. At present, there are over 20 ADC products in various stages of clinical development at a variety of pharmaceutical and biotechnology companies.

More FDA Approvals Expected
ADCs involve attaching toxins or cytotoxic small molecules to mAbs that are directed against specific antigens found on cancer cells. The toxin or cytotoxic drug kills the cancer cells but leaves normal cells largely unharmed and intact. The delivery of toxic payloads directly to tumor cells improves the killing effects and therapeutic efficacy of ADC molecules as compared with mAbs themselves.

The idea of “arming” antibodies with toxins or cytotoxic molecules dates back to the early 1980s. However, it took almost 20 years before the first ADC product — Pfizer’s Mylotarg — was approved (2000) as a treatment for acute myeloid leukemia (AML). However, within the first year after its approval, Mylotarg showed signs of serious toxicity; this ultimately led to its removal from the market in 2010.

Shortly thereafter, in August 2011, Seattle Genetics received FDA approval for its ADC Adcetris. Unlike Mylotarg, Adcetris exhibits minimal toxicity, is well-tolerated by patients, and represents a significant improvement for patients with HL and ALCL.

The approval of Adcetris signaled the beginning of the ADC era. Like Seattle Genetics, Massachusetts-based Immunogen has been a pioneer in developing ADC technology.

While Immunogen has yet to garner regulatory approval for one of its own products, one of the company’s technology partners, Genentech, recently submitted a biologics license application (BLA) to the FDA for T-DM1, an ADC molecule designed as a new treatment for HER-2 positive breast cancer. Many industry analysts expect Genentech, the current world leader in developing mAb-based cancer treatments, to be a large purveyor of ADC products.

What Will Drive The Uptake Of ADC Molecules As Cancer Treatments?

Before pursuing the development of an ADC product, it’s important to understand that the linker chemistry that binds the toxin/cytotoxic agent to an antibody is vitally important for ADC molecules. And that chemistry doesn’t always come easily. “It took us many years of laboratory research to develop the optimal linker chemistry necessary to commercialize our products,” said Clay Siegall, CEO of Seattle Genetics, who oversaw the development, FDA approval, and commercialization of Adcetris. Further, Siegall adds, “We learned a lot about the importance of linker chemistry with our first ADC molecule, SGN15, which had a linker similar to Mylotarg. Even though SGN15 failed in the clinic, we would not be where we are today without the experience.”

Like Siegall, Daniel Janus, CEO of Immunogen, contends that advances in linker chemistries will help drive uptake of ADC molecules as cancer treatments. In fact, he says, “Immunogen has developed four different types of specific linkers because we have learned that different linker chemistries may be required for different cancers and tumor types.”

The cytotoxic payloads delivered by most ADC molecules are, for the most part, tubulin inhibitors because these are proven cancer chemotherapeutic agents. However, there are concerns among ADC developers that other anticancer treatment payloads should be considered. Immunogen’s Janus says, “We and others recognize the need to expand our ADC payload repertoire beyond tubulin inhibitors. However, for the moment, there are a broad range of cancer indications that will clearly benefit from antitubulin ADC molecules.”

Partnerships Are Key For The Next Generation Of ADC Molecules
U.K.-based Spirogen, and MedImmune, a U.S. subsidiary of Astra Zeneca, also recognize the need to expand ADC technology beyond tubulin inhibitor payloads. Spirogen scientists spent the past 10 years optimizing the use of PBDs — naturally occurring antibiotics that covalently bind to the minor groove of DNA with minimal disruption to the DNA helix — as antitumor agents to treat chemotherapy-refractory or -resistant cancers. The company has two PBD products already in clinical development as stand-alone cancer treatments.

Spirogen CEO Chris Martin says, “Many of the drugs used in the current generation of ADC molecules are susceptible to resistance by tumors, and the use of next-generation toxins like the PBDs holds promise in these disease settings.” He emphasized that PBDs by themselves have a good therapeutic index and are not as toxic as other chemotherapy agents, making them ideal for ADC use. Recently, Spirogen entered into research collaborations with Seattle Genetics and ADC Therapeutics to develop ADC molecules using its PBD technology platform.

Unlike most other ADC companies, MedImmune is evaluating the use of bacterial toxins and other biologics as payloads for its ADC products. Herren Wu, VP of R&D, believes that one of its products — a cancer antigen-specific mAb fragment — will be useful to treat a variety of cancers. However, he cautioned, “Immunogenicity will always be a consideration with ADCs regardless of whether or not the payload is a small-molecule drug or a biologic.” Wu believes MedImmune’s long history in biologics drug development, coupled with AstraZeneca’s expertise in small-molecule drugs, may provide the company with an edge in the current ADC development race. Still, he says, “We are always looking for new technologies and partners to develop the next generation of ADC molecules.”

Although full-length mAbs are routinely used as ADC delivery vehicles, their large size can sometimes block access or hinder binding to many solid tumors. This has forced ADC developers to consider using smaller antibody fragments or engineered protein scaffolds as delivery vehicles for solid tumors and other difficultto- treat cancers. One such company is Cambridge, MA-based Mersana Therapeutics, a five-year-old biotechnology start-up that developed a novel ADC technology platform that allows multiple drug payloads to be attached to a highly water-soluble, biodegradable polymer which can then be attached to antibody-derived fragments, engineer protein scaffolds, or full-length mAbs. Last March, Mersana entered into a $270 million ADC research collaboration with Endo Pharmaceuticals and, more recently, inked a development deal with Adimab, a leader in mAb discovery and development.

Regulatory Concerns
Despite the previous well-publicized toxicity issues of Mylotarg, both Seattle Genetics’ Siegall and Immunogen’s Janus believe that the FDA has been extremely helpful and supportive of their efforts to develop new ADC treatments. Siegall offered, “We experienced little difficulty in getting Adcetris approved because regulators recognized during Phase 2 clinical studies that it was safe and represented a significant improvement in current treatment options for patients with relapsed or refractory Hodgkin lymphoma.”

Likewise, both men agree that since ADC products are still new, it may take some time for regulators to craft definitive regulatory guidance for approval of these molecules. Nevertheless, neither of them envisions any unusual regulatory approval hurdles for ADC products in the foreseeable future.

It’s A Hot Market, But Consider These Limitations
Like most new promising technology platforms, ADCs are not without their limitations. First, not all cancer cells or tumors express or over-express tumor-specific antigens which can limit the use of ADCs or mAbs as treatment options. Second, the number of potent cytotoxins (with acceptable safety profiles) that can be used as ADC payloads is still somewhat limited. Third, the effectiveness of ADC molecules as treatments for solid tumors may be limited because solid tumor cellular antigens may be difficult to access because of the large molecule size of most engineered therapeutic mAbs. Finally, the potential immunogenicity of newly developed ADC conjugates remains a regulatory concern that may affect these molecules as treatments for chronic diseases, mainly because of multiple injections over a patient’s lifetime. Nevertheless, ADCs are still in their infancy and, as new products are developed, garner regulatory approval, and are commercialized, it is likely that many of these limitations and challenges will be overcome.