Adoption Of Single-Use Applications Are Increasing In Biopharm Manufacturing 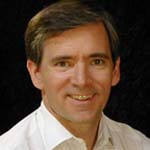 Disposable devices continue to make advances in manufacturing and are becoming increasingly common in most areas of biopharmaceutical manufacturing, especially at clinical scale production. In our Ninth Annual Report and Survey of Biopharmaceutical Manufacturers, we asked 302 biomanufacturers to review the applications most commonly employed for disposables at their facilities. We then examined the growth of these devices over the past seven years.

This year, not unexpectedly, we found that among the biomanufacturers and CMOs, almost all are using devices such as disposable filter cartridges (89.1%) and tubing for disposable applications (88.2%), while other common applications include depth filters (84%), buffer containers (81.5%), and connectors/clamps (79.5%). At the other end of the spectrum, membrane adsorbers show the lowest penetration (at the same time, these devices show the most rapid growth rate).

Interestingly, despite nearing levels of saturation in some early-stage manufacturing, most devices continue to show increasing adoption rates. Indeed, of the 14 applications we identified, 11 are being used by a greater proportion of respondents this year than last, and aside from an outlier year in 2008, 9 of these are at their highest point of penetration in the seven years we have tracked them. Some of the biggest areas of growth from last year included:

Looking back over the data starting from 2006, we find that three applications have shown by far the fastest growth in market penetration — that is, in the percentage of facilities that are now using these products, compared to 2006. For comparison, connectors and clamps grew at 9%.

Separately, we asked our respondents to indicate the bioreactor types they would likely specify for a new clinical or commercial scale biologics facility two years from now. Two-thirds (66.7%) said they would implement batchfed single-use bioreactors for clinical scale, compared to 53.5% that would opt for batch-fed stainless steel bioreactors for commercial manufacture. Other types of bioreactors, including perfusion, presented with lower adoption rates.

We also asked respondents to indicate which disposable devices and systems had been introduced over the past 12 months at their facility. Of the 14 leading devices, the most common “newly introduced” systems included:

The fact that this year disposable production bioreactors take the lead in terms of newly introduced systems suggests that biopharmaceutical manufacturers are taking the step from active consideration of these systems to actual implementation, and that the market for these systems is rapidly developing. When taken in combination with the data showing respondents’ choice of disposable bioreactors for future commercial manufacture to be almost on par with stainless steel, we can see that the industry is moving to a place where single-use products — and in particular, bioreactors — are commonplace in commercial manufacturing. 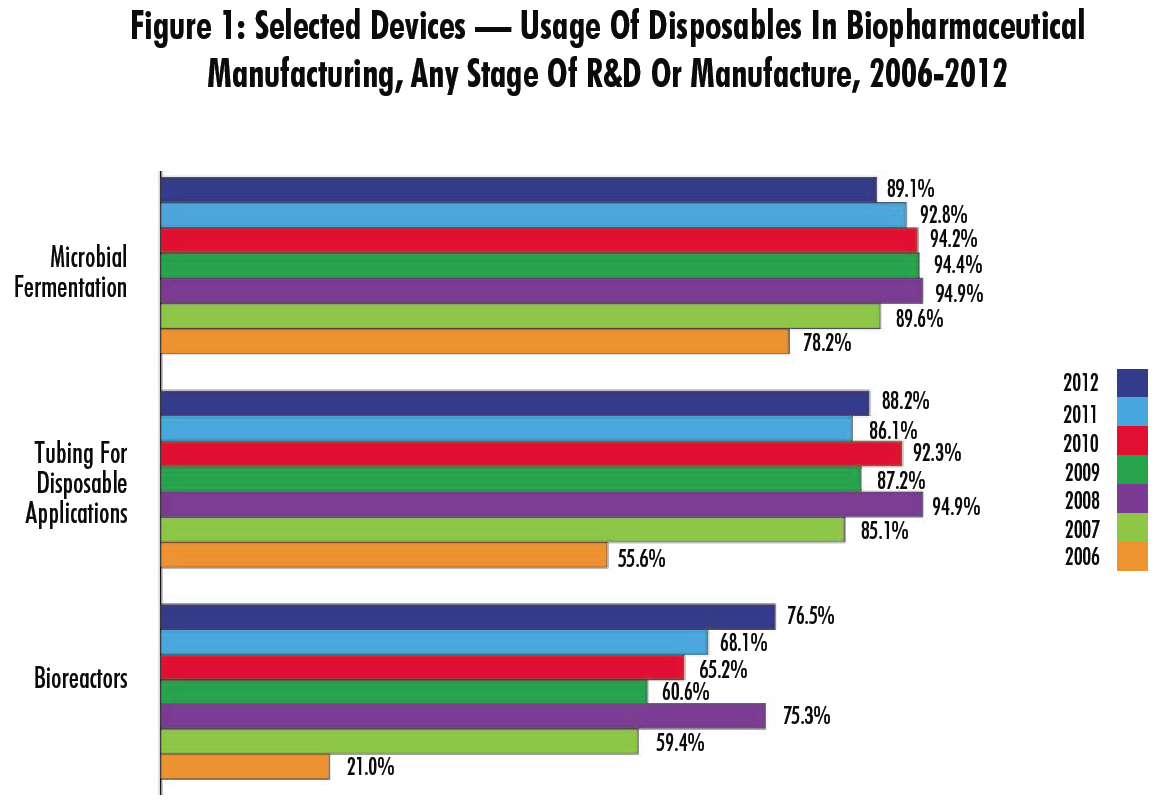 Survey Methodology: The 2012 Ninth Annual Report and Survey of Biopharmaceutical Manufacturing Capacity and Production in the series of annual evaluations by BioPlan Associates, Inc. yields a composite view and trend analysis from 302 responsible individuals at biopharmaceutical manufacturers and contract manufacturing organizations (CMOs) in 29 countries. The methodology also included 185 direct suppliers of materials, services, and equipment to this industry. This year’s survey covers such issues as: new product needs, facility budget changes, current capacity, future capacity constraints, expansions, use of disposables, trends and budgets in disposables, trends in downstream purification, quality management and control, hiring issues, and employment. The quantitative trend analysis provides details and comparisons of production by biotherapeutic developers and CMOs. It also evaluates trends over time and assesses differences in the world’s major markets in the U.S. and Europe.