By some estimates, it costs about $10 million per year to operate a startup pharmaceutical company. Funding that traditional path usually involves obtaining nondilutive grant funding, then angel investment, followed by a Series A round, and, if all goes well with the science, a strategic partnership with a large pharmaceutical firm to develop the company’s lead compound. Increasingly, however, pharmaceutical entrepreneurs are creating new ways of skipping some of these steps — ones that cost time, money, and ownership stakes in their own companies.

Amorsa Therapeutics has accomplished something rare — if not unheard of — by skipping these steps entirely. The company, founded in 2013, was self-funded for three years before entering into a strategic partnership with Janssen Pharmaceuticals in January 2017. This journey was made possible by industry experience, scientific expertise, and rock-solid confidence in their choice of therapeutic target. “We never lost the confidence that we were going to make this happen,” says Joe Blanchard, Amorsa’s CEO. “Ultimately, we were rewarded with a high-profile partnership that bolsters our confidence even further.”

Amorsa’s lead drug candidate is an orally delivered therapeutic for treatment-resistant depression (TRD) based on its proprietary ketamine analog technology. Ketamine is a drug approved by the FDA in the 1970s for anesthesia that is administered intravenously. The company’s novel small molecule candidate is designed to show efficacy as a rapidly acting antidepressant with an extended duration of action. It is administered orally and is expected to have an attractive side-effect profile.

INDUSTRY EXPERIENCE
Amorsa’s cofounders knew they had the industry know-how to take a therapeutic from idea to market. Combined, they have 75 years of experience in both large multinational pharmaceutical corporations and startups. “We were willing to forgo salaries for the first three years of the company’s existence,” Blanchard says. He estimates he and his two cofounders invested $2 million to $3 million in Amorsa over that time, including “payments in kind” to founders and consultants. “Overall, our approach to date has been very capital-efficient.”

Amorsa began as a virtual startup, a cost-saving strategy that is increasingly common. No lab or office space means no overhead. Office work is done from home. Data needed to raise funds and move a product further down the pipeline is generated by CROs. Amorsa outsourced its studies to specialized CROs, including one cofounded by Alex Nivorozhkin, Ph.D. Nivorozhkin serves as the company’s COO. He and Michael Palfreyman, DSc., Ph.D., the company’s CSO, were the ones who came to Blanchard with the idea of creating oral forms of ketamine analogs for treating depression, pain, and other CNS disorders.

CHOOSING KETAMINE
There are two limitations to widespread use of ketamine that Amorsa set out to address. First, it can have unusual side effects, including out-of-body sensations. Importantly, Amorsa identified technical approaches that it believes can solve this problem. “The scientific evidence is clear that ketamine’s active metabolites significantly contribute to its therapeutic effect and potentially have an improved side-effect profile,” Blanchard explains. The other problem is that ketamine is administered intravenously. One of Nivorozhkin’s specialties happens to be formulation chemistry. “We knew we had the expertise to address this challenge and formulate our drugs into oral products.”

ABANDONED BY BIG PHARMA AND VCs
Choosing to develop a therapy for depression, however, had big drawbacks. Amorsa’s founders were well aware that development of psychiatric drugs has been virtually abandoned by large pharmaceutical companies. In 2012, Steven Hyman of the Broad Institute of MIT and Harvard published a commentary in Science Translational Medicine in which he reported that most major pharmaceutical companies had cut or eliminated R&D funding for psychiatric disorders, despite a vast unmet need and a growing worldwide market. There are various reasons for this abandonment — one being the difficulty in developing treatments with significant improvement over generics. Many Big Pharma companies have shifted their focus to other therapeutic areas, especially oncology and diabetes. “We knew that finding a corporate partner for a new depression treatment wasn’t going to be easy, especially in the preclinical stage,” Blanchard says. 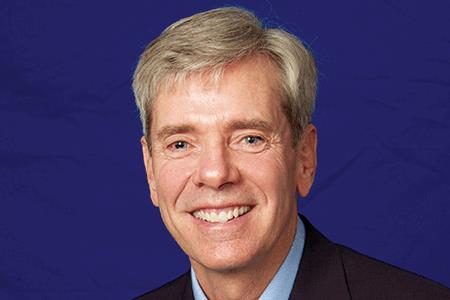 "We were willing to forgo salaries for the first three years of the company’s existence."

Venture capitalists have also stayed away from funding novel therapies for the treatment of psychiatric disorders. According to a 2016 Bio Industry Analysis report, only four of the nearly 300 venture financings in 2015 involved psychiatric pharmaceuticals. Self-funding seemed like the only logical strategy for Blanchard and his colleagues. “We knew that the financing challenge for us would be even greater than for most life sciences startups,” Blanchard says. Confidence in ketamine is what kept the team going. “The one thing I’ve learned is that compelling science will win out at the end of the day. And we’ve always strongly believed that we have very compelling science and were able to ignore the dire statistics, convinced we would be an exception.”

PRECLINICAL PARTNERSHIP
Given the financing environment for startups focused on treating CNS disorders, Blanchard and his colleagues decided to focus on entering a preclinical stage corporate partnership. “We knew this was kind of a “catch-22,” since it’s pretty rare to pull off a partnership with a top-tier firm without first raising at least a Series A round to advance the lead program.” Nevertheless, Amorsa’s founders understood that R&D productivity inside Big Pharma organizations remains challenging, and that these companies have been aggressively outsourcing more of their R&D externally, as well as entering into more early-stage deals.

To make Amorsa more attractive to potential partners, the founders invested in several critical de-risking studies to generate data that would hopefully interest companies in a potential early-stage deal.

Fortunately for Blanchard and his colleagues, Janssen is one of the companies that has maintained efforts in the CNS area. Blanchard says he had his eye on Janssen because reports indicated that each year the company licenses more than 50 products and platform technologies. “They were at the top of our target list for a potential partnership.” Blanchard identified the team responsible for external R&D and early-stage evaluation of opportunities in neuroscience at Johnson & Johnson, Janssen’s parent company. He contacted the business development arm of the company and was put in contact with the neuroscience team. The company was one of 10 still active in neuroscience drug development that Blanchard contacted.

Under the terms of the January 2017 agreement, facilitated by Johnson & Johnson Innovation, Amorsa received an up-front payment, along with research funding, and is eligible to receive preclinical, clinical, regulatory, and sales milestones, plus tiered royalties on product sales. Janssen has been granted a worldwide exclusive option to license one of Amorsa’s preclinical drug candidates. Amorsa will manage the preclinical development program, while Janssen will assume responsibility for subsequent clinical, regulatory, and commercial development of the licensed drug candidate.

Amorsa plans to remain a virtual company for the time being. Its founders are also focused on developing a therapeutic for acute pain and are currently seeking to raise approximately $10 million. They are looking at various sources including grants, venture funding, and funding from family offices. They would welcome a strategic partnership, such as the one they have found in Janssen. Given the state of opioid addiction problems facing the U.S. today, the market is wide open for innovative solutions to pain management.