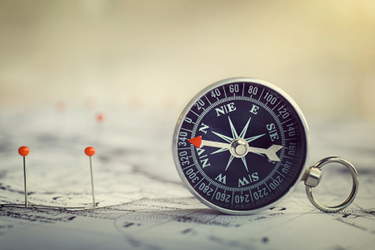 Ovarian cancer is a formidable foe, killing about 15,000 women a year in the United States alone. It’s especially hard to treat because there are no effective screening tests. That means that the disease is usually only diagnosed after it has significantly advanced, leaving women with a five-year survival rate of less than 25 percent.

T cells have taken center stage in the fast-growing field of cancer immunotherapy, which is an approach that rallies the body’s own immune system to attack invading cancerous cells. It works by altering a person’s own T cells (white blood cells) to turn them into “living drugs” and then infusing them back into the body. It essentially gives the altered cells the ability — a superpower, if you will — to seek out cancer cells and destroy them. Unlike traditional cancer treatment, immunotherapy lets the body recognize and attack the disease itself.

Through a grant from ACGT, Powell is offering T cell therapy to patients in desperate circumstances. The women enrolling in this trial have advanced ovarian cancer and have gone through at least two rounds of chemotherapy that haven’t worked. The dire need of women like these drew Powell to develop and test a new form of T cell therapy, hoping to pave the way for dramatic, life-saving responses.

To equip the body to attack cancer cells using an immune response, T cell therapy starts by giving the immune system better “vision” — an ability to recognize specific cancerous cells. Doctors first take millions of cells from the patient. These cells are then genetically engineered to recognize specific receptors on cancer cells, which differ depending on the type of cancer. The expectation is that the engineered T cells, now called chimeric antigen receptor, or CAR T cells, will then recognize and target the cancer cells.

CAR T cell cancer therapy has shown unprecedented responses in treating — and even curing — some forms of advanced blood cancer. But the medical community is only just starting to explore how to control solid tumors using this approach. Powell isn’t deterred by being one of the first to rise to the challenge, and he aims to make this step a big one. “My greatest hope is that this trial will not only control tumors but mediate complete tumor eradication,” he says.

Powell says this with open eyes, knowing that clinical trials using similar approaches have failed. Finding the right targets (antigens) on solid tumors has been a major hurdle, as has keeping the engineered T cells alive long enough in the body to do their job. And while immunotherapy comes without the brutal cuts, burns, and poison that accompany the traditional cancer treatments of surgery, radiation, and chemotherapy, there are still serious, sometimes fatal side effects.

Powell has reason to be optimistic. His team has been able to engineer CAR T cells that can recognize a bullseye called antigen folate receptor alpha, which is found on the surface of 90 percent of ovarian cancers – a plentiful target to seek and destroy. More good news is that there are low levels of this receptor in normal healthy tissue, so they’re in less danger from the CAR T cells’ attacks, reducing the risk of toxic side effects.

“Immunotherapy” is one of the biggest buzzwords in cancer therapy. But this wasn’t the case when Powell started out. He discovered immunology as an undergraduate, finding himself enthralled by the complexity of the human immune system. Later, while earning his Ph.D., he began to think about the immune system in terms of its interaction with cancer and how the system could be mobilized to attack the disease.

Powell diligently explored this in mouse models, and in 2003, he and others in the field gathered evidence that immune cells could, in fact, distinguish cancerous cells from healthy cells, and that specific anti-tumor responses could be generated under the right conditions.

With this knowledge, Powell felt compelled to translate the discovery to human clinical trials and create a cellular immunotherapy for people who desperately needed it. At the time, gene and cell therapies were largely in their infancy. Still, he joined the National Cancer Institute (NCI) to work in one of the few labs researching cancer immunotherapy. When Powell told his colleagues that he was taking a position at NCI to perform translational immunology, he was met with everything from incredulity to hostility. “People told me that it was a mistake and that it would never work,” he says.

Throughout his career, Powell had been inspired by the idea of what innovative thinking can do for science. He’d begun his college career as an art major and slowly drew a parallel between the field of art and the discipline of science. For Powell, exchanging freehand drawings and woodblock prints for lab coats and microscopes was simply a matter of applying his creative instincts to a different medium. He still carefully chooses and combines materials, studies the tools he uses and how they work at a mechanistic level, and applies them to function in the way he wants, much like an artist would with a canvas and palette.

“In cancer research, we continue to invent and reinvent as part of the natural process,” Powell says. His lab did years of trial and error work in how to deliver immunotherapy, repeatedly going back to the drawing board. One major hurdle was getting the transferred T cells to persist in the body after infusion. His team persevered for years, knowing that whenever they saw long-term survival of transferred cells, the cancer would regress. In contrast, patients infused with cells without the capacity for “persistence” saw their disease progress.

As Powell and others in the field, like trailblazer and fellow UPenn and ACGT-funded researcher Carl June, M.D., proved their work, the scientific community and industry began to believe in the therapy’s potential to slow and halt cancer’s progression.

It’s alarming to consider that Powell’s current trial, which has treated its first patient, almost didn’t happen. Powell’s team had been trying to develop this trial for eight years, but it was locked up in an alliance with an industry partner and was put on a long hold. Finally, the intellectual property rights were returned to UPenn, and he could legally continue.

Still, Powell couldn’t find funding. He applied for NIH support but was denied. “Approaches that are designed to be highly effective may be accompanied by high risk,” he says. By definition, pilot studies like this one, that are testing out entirely new treatments, are designed with an element of risk. “In these pilot studies, your primary objective is simply to establish feasibility and safety,” he says.

Finally, Powell sought and received support from ACGT in 2017. The three-year grant allowed him to develop and launch the trial, which makes it more likely that he will find other funding now, once the trial clearly demonstrates that it could work, safely. “Someone has to take a gamble that these approaches will be successful,” he says.

Powell acknowledges that CAR T cells alone may not be enough to eradicate every last ovarian cancer cell. At some point, he will need to think again how to develop synergistic combination therapy, which he thinks can be built on the backbone of folate receptor alpha T cell therapy. “I don’t shy away from thinking that we are building toward a cure,” he says. “There’s an old saying that I hold close: All patients deserve an optimistic doctor.”

Erin Graham is a health writer with Alliance for Cancer Gene Therapy. She lives in Western Massachusetts.

For more information or questions about ACGT, please contact Barbara Lavery at blavery@acgtfoundation.org.