Are Genetically Modified Organisms (GMO) A Blessing Or A Curse? 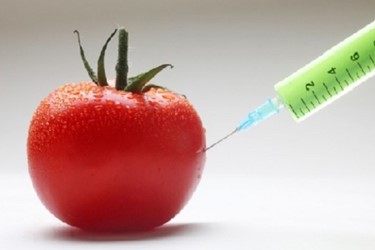 Back in March of this year, a reader of Life Science Leader magazine submitted the above question for our popular monthly Ask The Board column. Started in our February 2011 issue, the column enables readers to submit questions, which are then posed to a member of Life Science Leader’s editorial advisory board (EAB). Board members are asked to provide a 160-word written response, which is published on p. 8 in our print edition. When receiving the question, “Are genetically modified organisms (GMO) a blessing or a curse?” I thought it might be a little outside the scope of our publication, as we typically focus on the biopharmaceutical and medical device industries. And while GMOs can involve animal, bacteria, plant, and virus genes, we often tend to think of GMOs with the production of food and farms. This made me wonder, did the reader have an axe to grind? Was there some sort of hidden political agenda? I don’t believe so, as the person has worked in the biopharmaceutical industry for more than two decades, and presently serves as the chief medical officer for a CRO. Besides, when you think of the evolution of cell & gene therapy, and the future of personalized medicine, when it comes to GMOs, aren’t we also talking about genetically modifying humans toward improving health? Which then leads to the penultimate question: When it comes to GMOs, are we playing God?

Since the advent of GMOs in the early 1990s, they have been surrounded by controversy. Genetic engineering differs from conventional plant and animal breeding, as it allows genes to be moved across taxonomic boundaries. Thus, genes cannot be transferred only between closely related organisms (e.g., wheat to rice), but between entirely different organisms (i.e., animals to plants). In conventional breeding, nature imposes limits on genetic recombination between biologically distinct organisms. However, genetic engineering enables the bypassing of barriers, which is why some people consider GMOs to be unnatural and potentially unsafe.

The publication of a 2013 study on GMOs, which involved the evaluation of 1,783 research papers, reviews, relevant opinions, and reports published between 2002 and 2012 found no “significant hazards directly connected with the use of genetically engineered crops.” Further, organizations such as the National Academy of Sciences, the American Association for the Advancement of Science, and the European Commission have publicly proclaimed GMO foods safe to eat. Yet public skepticism remains, and will likely continue, thanks to organizations like the Non-GMO Project, and movies like Jurassic Park that portray worst-case (fantasy) scenarios of what happens when scientists mess with that which they don’t fully understand. Here’s a fun fact as to why some companies can get behind producing non-GMO products. According to the Non-GMO Project website, retail partners report that Non-GMO Project Verified products are the fastest dollar growth trend in their stores, with total annual sales exceeding $19.2 billion! But here’s the thing. Consumers will truly have to work to avoid foods containing GMOs, because according to the USDA, there are already a number of GMO crops that have been genetically modified:

Soybeans are used in a variety of foods for humans, and feed for animals. But soybeans have a wide range of uses, such as a component of biodiesel fuel for vehicles, included in biocomposite building materials, furniture, flooring, countertops, adhesives, carpets, crayons, lubricants, soy-based foams in cooler, refrigerators, automotive interior, footwear … you get the idea. In other words, GMOs are all around us, including the air we breathe.

Knowing all of the above, I decided to pose the question to a member of Life Science Leader’s EAB. The first person I reached out to is a trained scientist with broad expertise. They responded, “Hmmm…I think this is too broad a question for a 160-word answer. It’s probably both.” They thought I might want to run it by someone else. I decided to reach out the Chandra Ramanathan, Ph.D., who heads up Bayer’s East Coast Innovation Center. I didn’t necessarily expect Ramanathan to have an answer, but thought, being he is at Bayer, and as Bayer has a large crop science organization, perhaps he can get an expert to weigh in with some thoughts. So I rephrased the question a bit, “What are the pros and cons of GMOs?” as I felt blessing or a curse left very little middle ground. And with the help of Adrian Percy, Ph.D., head of R&D for Bayer Crop Science, here is the response Ramanathan submitted.

There are mainly advantages of GM technology for consumers, farmers and the environment.

As the response primarily focused on the production of food, which is outside the scope of Life Science Leader, we decided not to include it in our print publication. But I still felt the response insightful, and worth publishing somewhere. For GMOs are a necessary fact of life in sustaining an ever-growing population on a planet of limited resources. Further, humans are driven to innovate, and will continue to push boundaries toward improving the human condition, and GMOs will likely play an ever increasing role well beyond food and farm as we enter the precision medicine era.